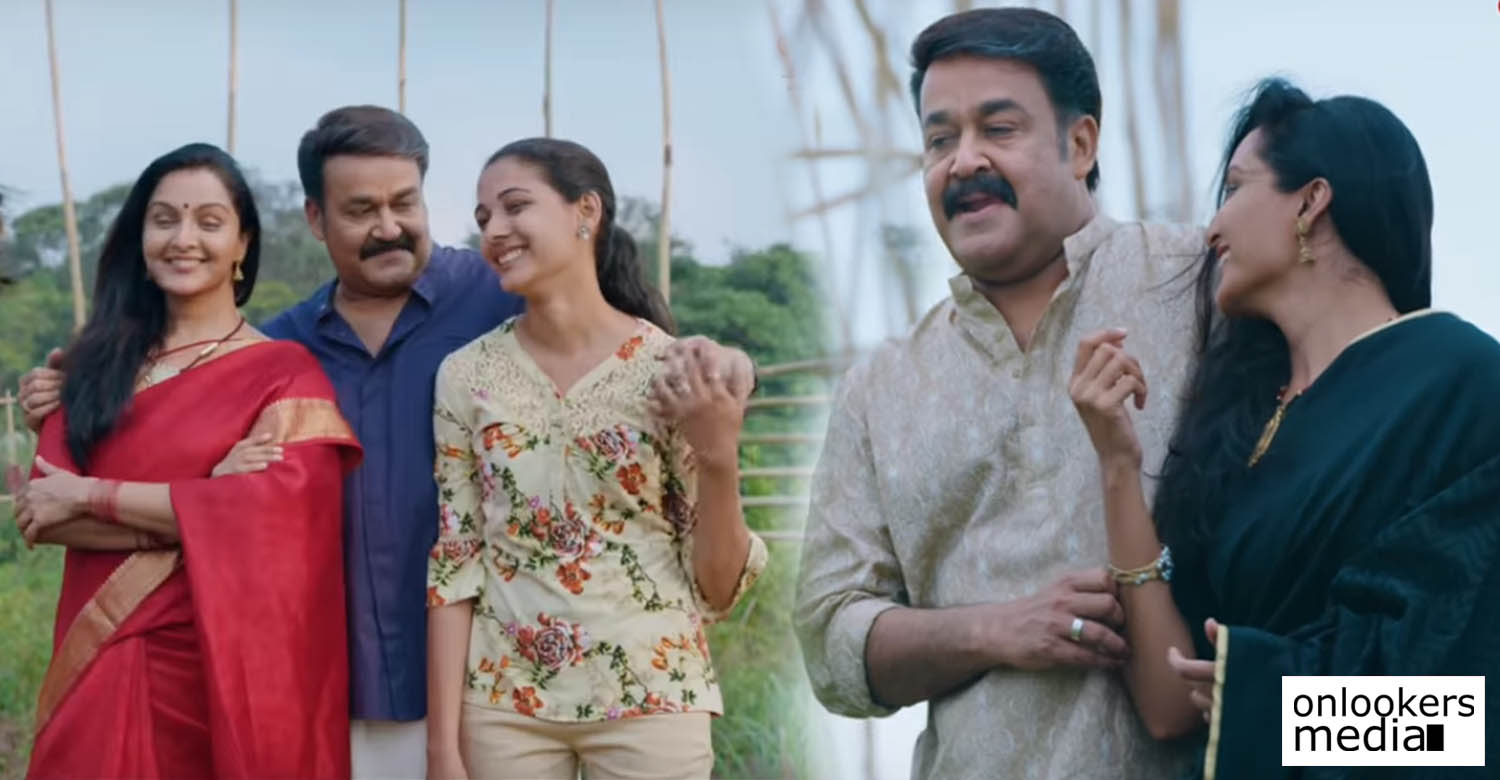 Recently, the makers of had announced that the first song video will be releasing today evening. Now, they have published the song a bit earlier much to the delight of the fans. This melodious track ‘Kandittum Kandittum’ is rendered by legendary playback singer KJ Yesudas. BK Harinarayanan has penned the lyrics.

Mohanlal and Manju Warrier, who play a couple in the film, feature in the song video. 4 Musics, who made a highly impressive debut last year with Oppam, is composing the songs in Villain. Background score is done by Ezra fame Sushin Shyam.

Villain, directed by B Unnikrishnan is a crime thriller which also stars Manju Warrier, Vishal, Hansika, Srikanth and Raashi Khanna in major roles. Rockline Films is making their entry to Mollywood by funding this big budget movie.

Mohanlal plays a police officer and Manju plays his wife in the movie. The two share a very good chemistry in the newly released video. B Unnikrishnan had recently informed that Villain is not a loud mass masala film but an emotional thriller. Siddique, Renji Panicker, Aju Varghese and Chemban Vinod Jose are also part of the supporting cast.

Cinematography in Villain is handled by Manoj Paramahamsa and NK Ekambaram. Shameer Mohammed of Charlie and Angamaly Diaries fame is in charge of the edits. The movie is slated to hit screens on October 28. Rockline Entertainments will be distributing the film through Maxlab.

Soubin Shahir likely to play the lead in Ithihasa 2
Check out Amy Jackson’s look as a robot in 2.0
To Top