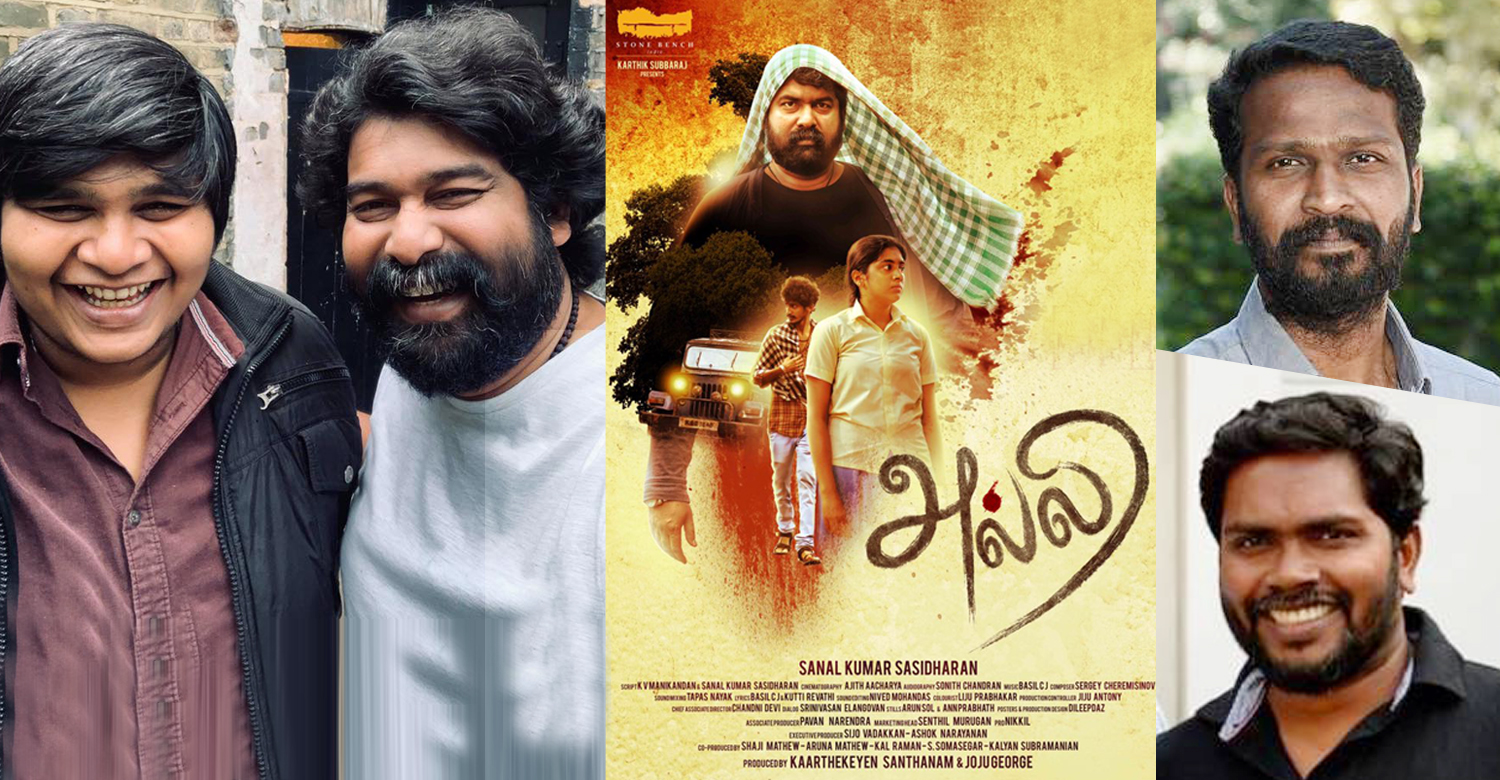 Joju George-Nimisha Sajayan starrer ‘Chola’ got released in a good number of screens across Kerala yesterday (December 6). The film directed by Sanal Kumar Sasidharan, as expected, has opened to largely positive reviews. Meanwhile, the film’s Tamil version is also gearing up for release. Titled as ‘Alli’, the film’s first look poster got released by acclaimed filmmakers Pa Ranjith and Vetrimaaran.

Karthik Subbaraj is presenting the Tamil version under his new initiative Stone Bench Indie launched to support independent films. Karthik, in his Twitter handle, has written that ‘Alli’ is beautifully made heart wrenching thriller reflecting the events in our society. Along with releasing the first look poster, both Pa Ranjith and Vetrimaaran wished the team of ‘Alli’ luck. Upon the release in Kerala, ‘Chola’ has met with good response so far. Along with Sanal’s excellent filmmaking, the performances of the lead actors, Joju George, Nimisha Sajayan and debutant Akhil Vishwanath, have been getting praise from all corners.