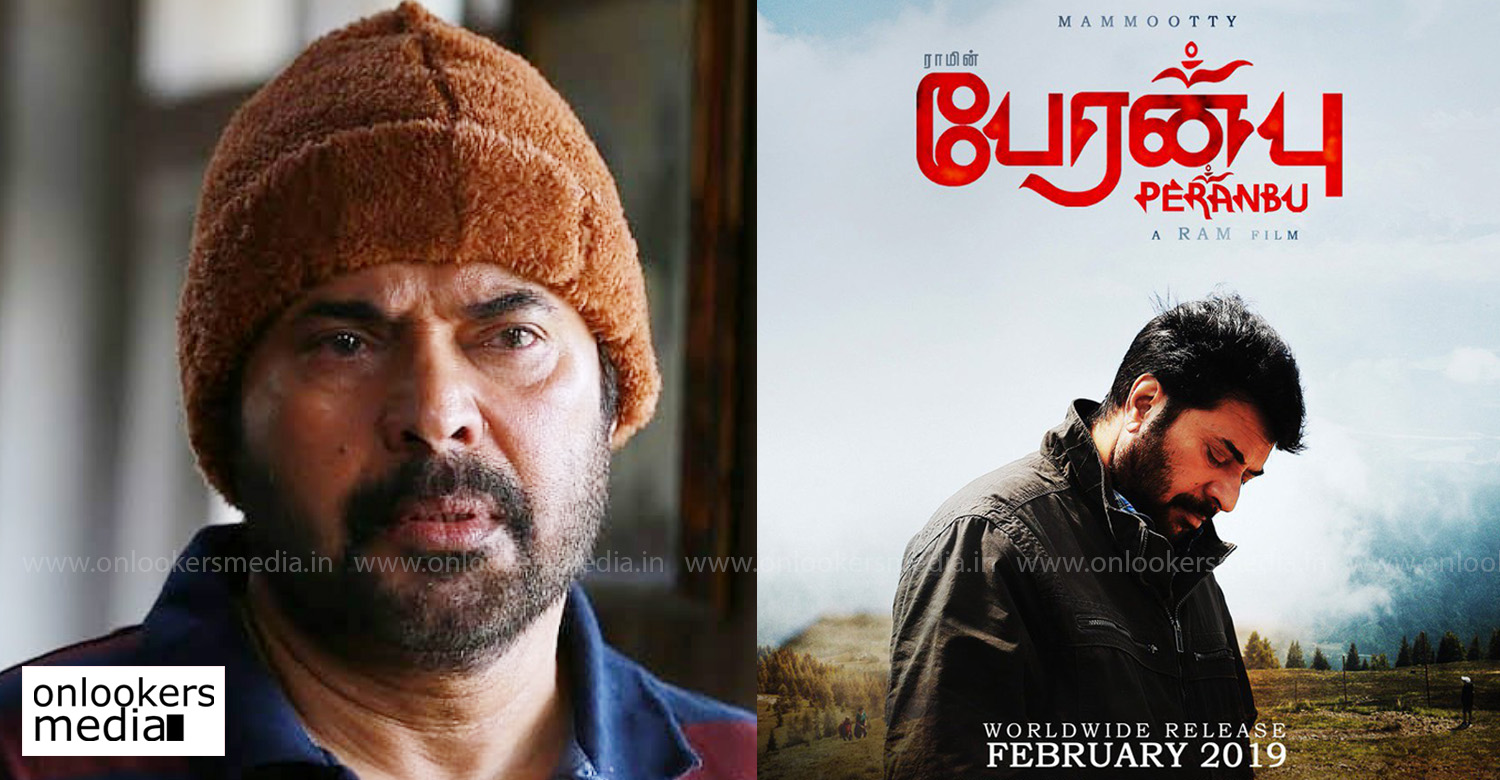 After garnering acclaim from various international film festivals, Mammootty’s Tamil film ‘Peranbu’ is finally set for release in February. The makers informed the same with a new poster, but the exact date has not been announced. Written and directed by Ram, ‘Peranbu’ tells a poignant story of a doting father and his mentally challenged girl child. Mammootty and ‘Thanga Meengal’ fame Sadhana played the lead roles.

Earlier this year, ‘Peranbu’ was screened at Rotterdam festival (IFFR) and Shanghai festival. At IFFR, it secured 20th position amongst the 187 films considered for the audience award category and was also nominated for the prestigious NETPAC (Network for the Promotion of Asian Cinema) award. The movie had its premiere last day at the International Film Festival of India, Goa (IFFI). Owing to the heavy rush, the movie also had an additional screening at IFFI.

The makers of ‘Peranbu’ had earlier released a couple of teasers that gave glimpses of some heart-rending performances from Mammootty and Sadhana. The movie also stars Anjali, Samuthirakani and Anjali Ameer in major roles. It has music by Yuvan Shankar Raja.

Ente Ummante Peru will be one of the finest films in Tovino’s career: Urvashi
Lucifer final schedule progressing in Lakshwadeep
To Top