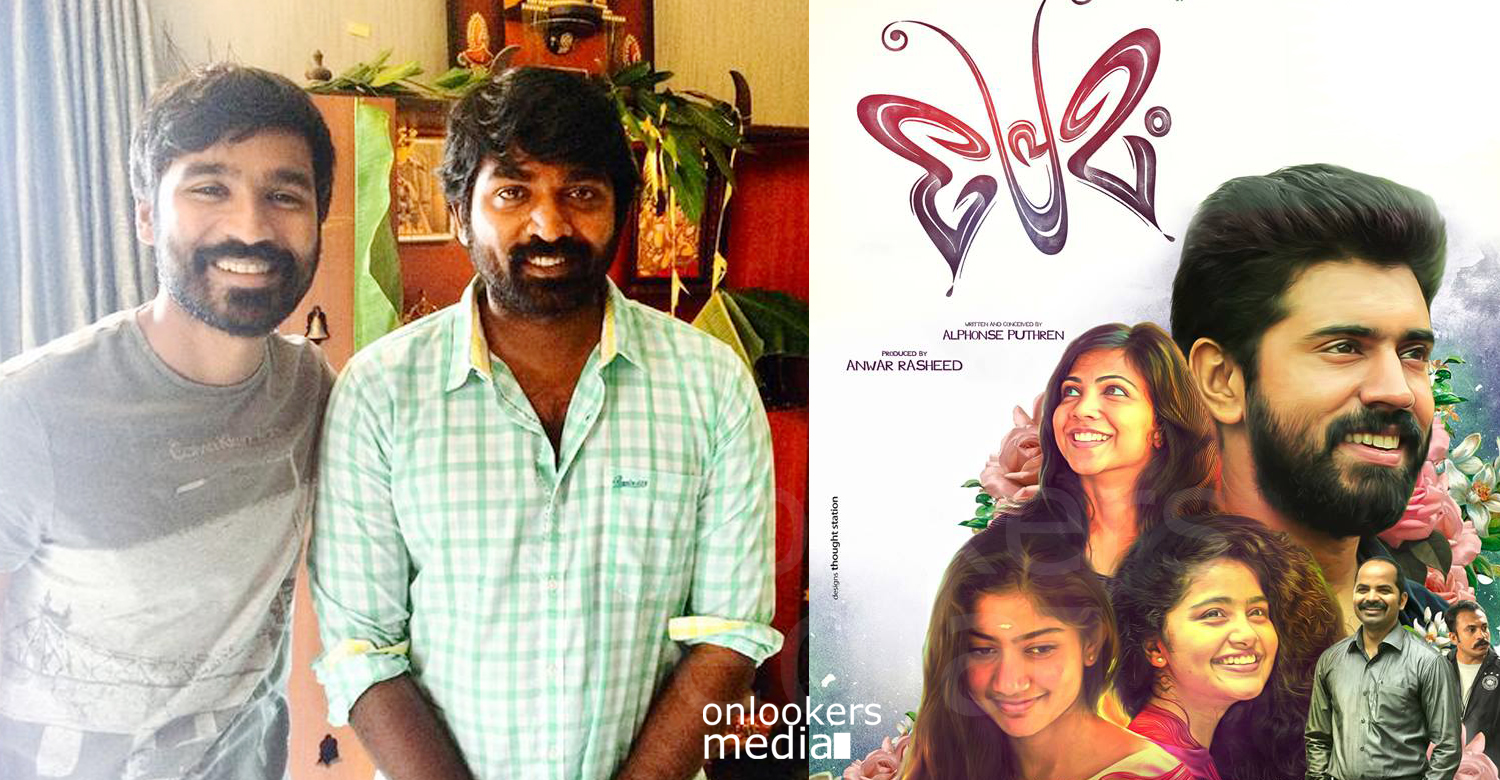 Premam cinema which released in this year May had still making news. The flick which had become the second highest grosser in Malayalam film history had went through a lot of controversies as well along with the appreciation it had got from the viewers at the time of its release. The success of this film had given an overnight stardom to Nivin Pauly and director Alphonse Puthren. The actresses such as Sai Pallavi, Anupama Prameshwaran and Madonna Sebastain also become the most popular celebrities through the big success the film had got. After 5 months of its release, the flick is been in the news for its Tamil remake reports. As per reports the Tamil remake of this film will be financed by popular Kollywood actor Dhanush and the lead role in the film will be done by Vijay Sethupathy, a new acting sensation in Tamil cinema industry.

Earlier there was news that Dhanush will star in the Tamil remake version of this film but now the reports saying that Dhanush is all set to purchase the remake right of the film Premam. He also announced that he will finance another film with Vijay Sethupathy in the lead under his production banner named Wonder bar Films. Vijay Sethypathy’s recent release named Naanum Rowdy Dhaan is a super success and Nayanthara played the female lead in the film.

Vijay Sethypathy is also finishing up his film with director Nalan Kumaraswamy which has Mollywood actress Madonna in the lead. She also shot to fame with her character named Celine in Premam as we mentioned above. Nalan Kumaraswamy is the one who already delivered a super success with Vijay Sethupathy titled as Soodhu Kaavu. Vijay Sethupathy’s market is rising day by day in Kollywood film market and he is proving that he is a great actor as well along with becoming a star there.

It will be wonderful if plays the character that Nivin Pauly did in Malayalam version of the film Premam which offers a variety of getups for him to portray. The Telugu remake of the film is also on cards with Naga Chaithanya in the lead.