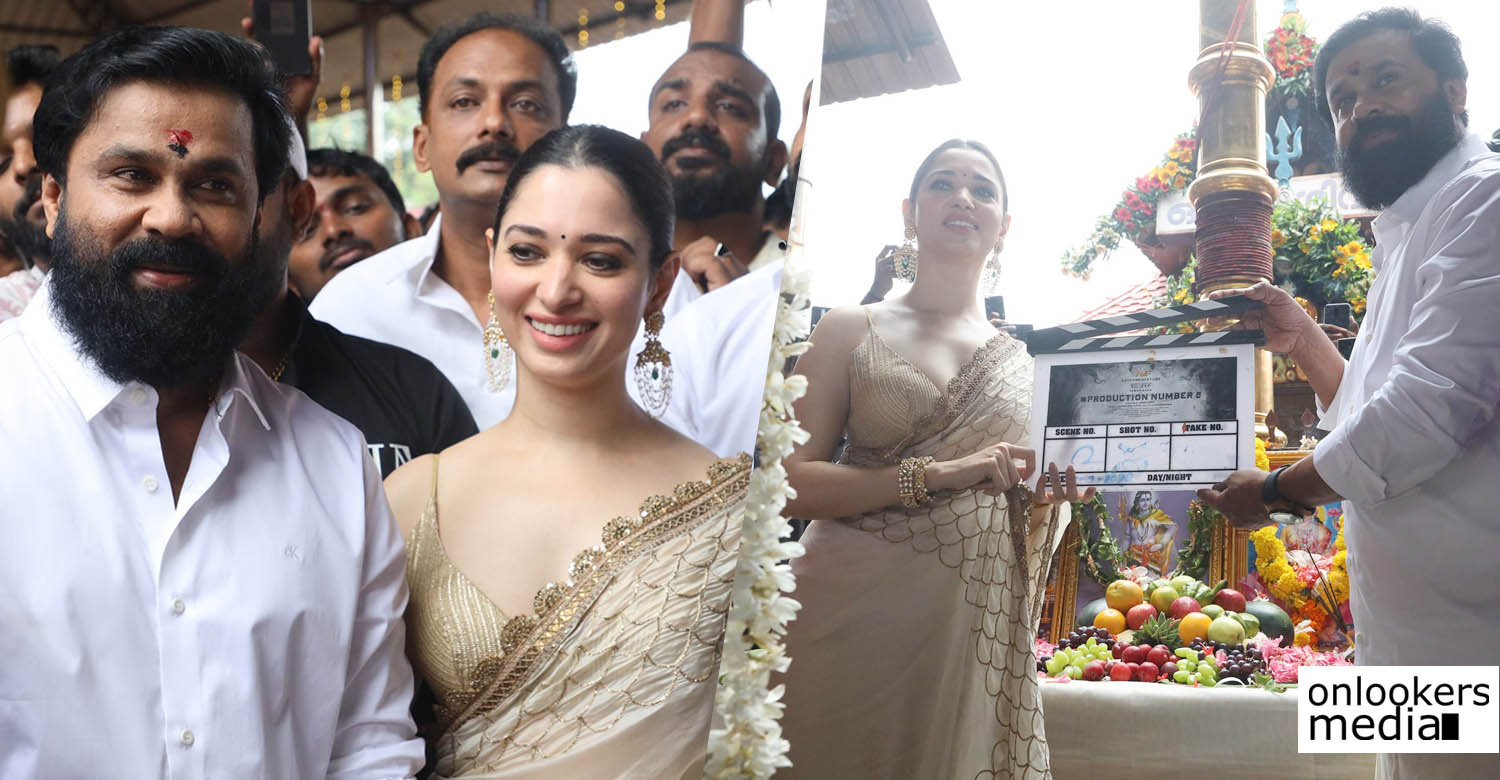 Dileep and Tamannaah team up for Arun Gopy’s next

Dileep’s next with director Arun Gopy got launched with a formal pooja in Kottarakkara. The film marks the actor-director combo’s reunion after the blockbuster ‘Ramaleela’. Popular South Indian actress Tamannaah Bhatia is making her Malayalam debut with this film. It is scripted by Udhayakrishna and produced by Vinayaka Ajith of Ajith Vinayaka Films.

As per reports, this yet-to-be-titled film is planned as a pan-Indian project. It will be shot mostly in North India with actors from various languages likely to be part of the cast. On the technical front, Shajikumar has been assigned as the cinematographer. Sam CS of ‘Vikram Vedha’ fame is the music director. Edits will be done by Vivek Harshan.

After Ramaleela, I’m putting together yet another movie with janapriya Nayakan Dilieepettan. South Indian diva Tamanaah will be playing the female lead opposite Dilieepettan. The screenplay, penned by the maestro of mass movies, Udaykrishna will be absorbed by Shaji Kumar’s distinct magical frames. Bankrolled by my soul brother, Vinayaka Ajith under the banner Ajith Vinayak Films, this project is very close to my heart for many more reasons. Sam CS composes the music while editing is by Vivek Harshan. Noble Jacob is the production designer and art is by Subash Karun. Ranganath Ravi would be handling the sound designs and the costumes are by Praveen Varma and the makeup is by the National award winner Ranjith Ambady. Special mention to my dear brother Sarath Kumar

.@tamannaahspeaks looks pretty in a golden saree at the Pooja of her debut Malayalam film opposite #Dileep. #D147 Dir: Arun Gopi pic.twitter.com/BISBY5p8S8