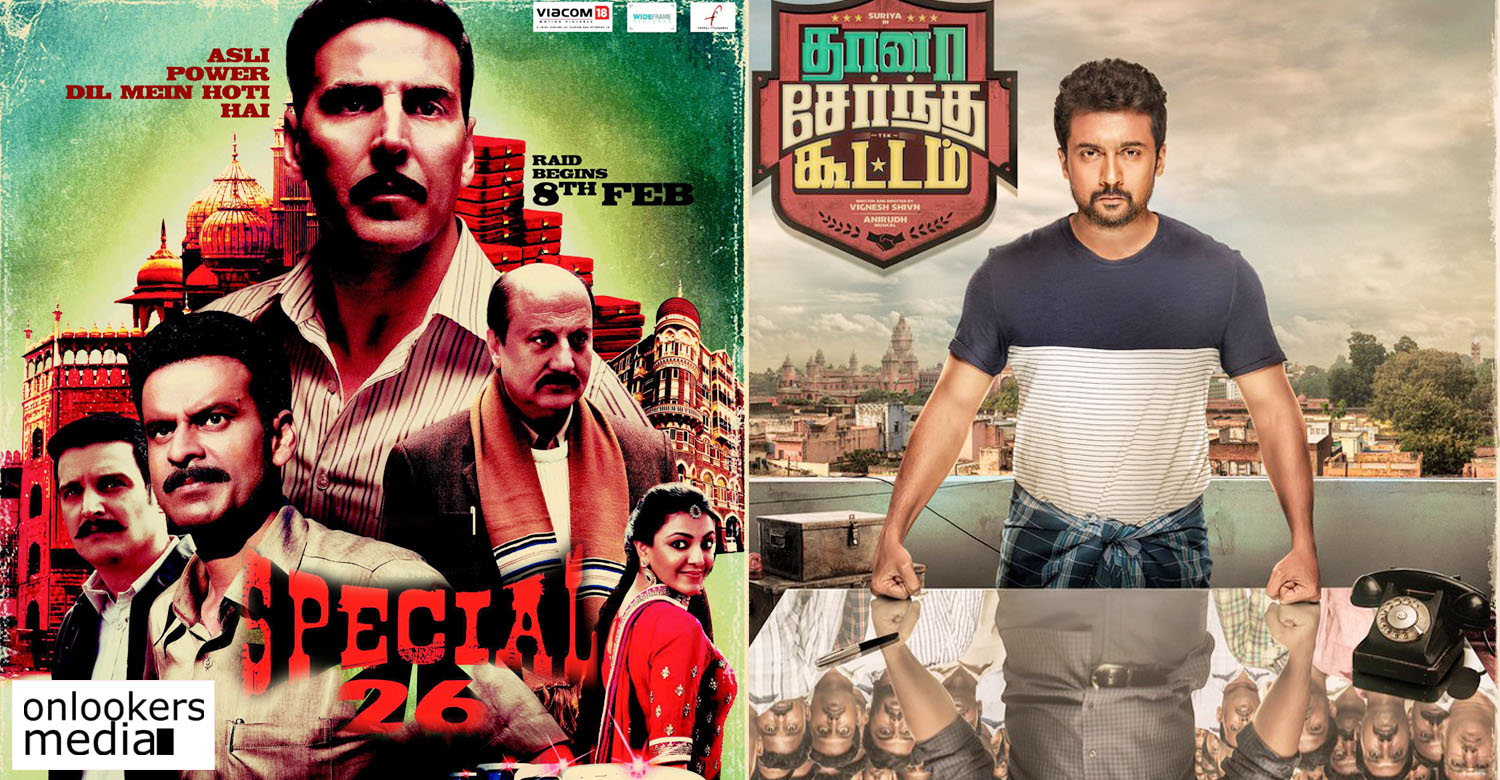 Suriya’s Thaana Serntha Koottam (TSK) is gearing up for a Pongal release, this coming January. Promising young filmmaker Vignesh Shivn is directing this movie, which is currently in the final stages of post-production. TSK has high expectations after the impressive promos and the sensational success of Anirudh’s single ‘Sodakku’.

Ever since the project was announced, talks have been rife about the movie being a remake of Akshay Kumar’s superhit film Special 26. With the trailer release, the talks became louder but the makers did make any statement regarding the same. Finally, the director himself has come out clearing the airs.

In a recent interview, Vignesh Shivn confirmed that his movie is adapted from Special 26. They had bought the remake rights of the original and later adapted it in a different style. The director added that they have taken only the real incident behind Special 26 and hence is not a scene-by-scene remake.

Special 26 directed by Neeraj Pandey is a heist thriller. It is about a gang of imposters who hatch brilliant plans to loot money. The movie in turn is inspired by the 1987 Opera House heist where a group posing as Central Bureau of Investigation (CBI) officers executed an income tax raid in a jewellery shop in Mumbai.

Suriya is reprising Akshay’s role from the original. From the promos, we presume that Ramya Krishnan is playing Anupam Kher’s role and Karthik is reprising Manoj Bajpai’s. TSK has Keerthy Suresh as the female lead while it was Kajal Aggarwal in the original.

Shafi’s next after Sherlock Toms is with Kunchacko Boban!
Shahid Kapoor in talks for the Hindi remake of Arjun Reddy!
To Top