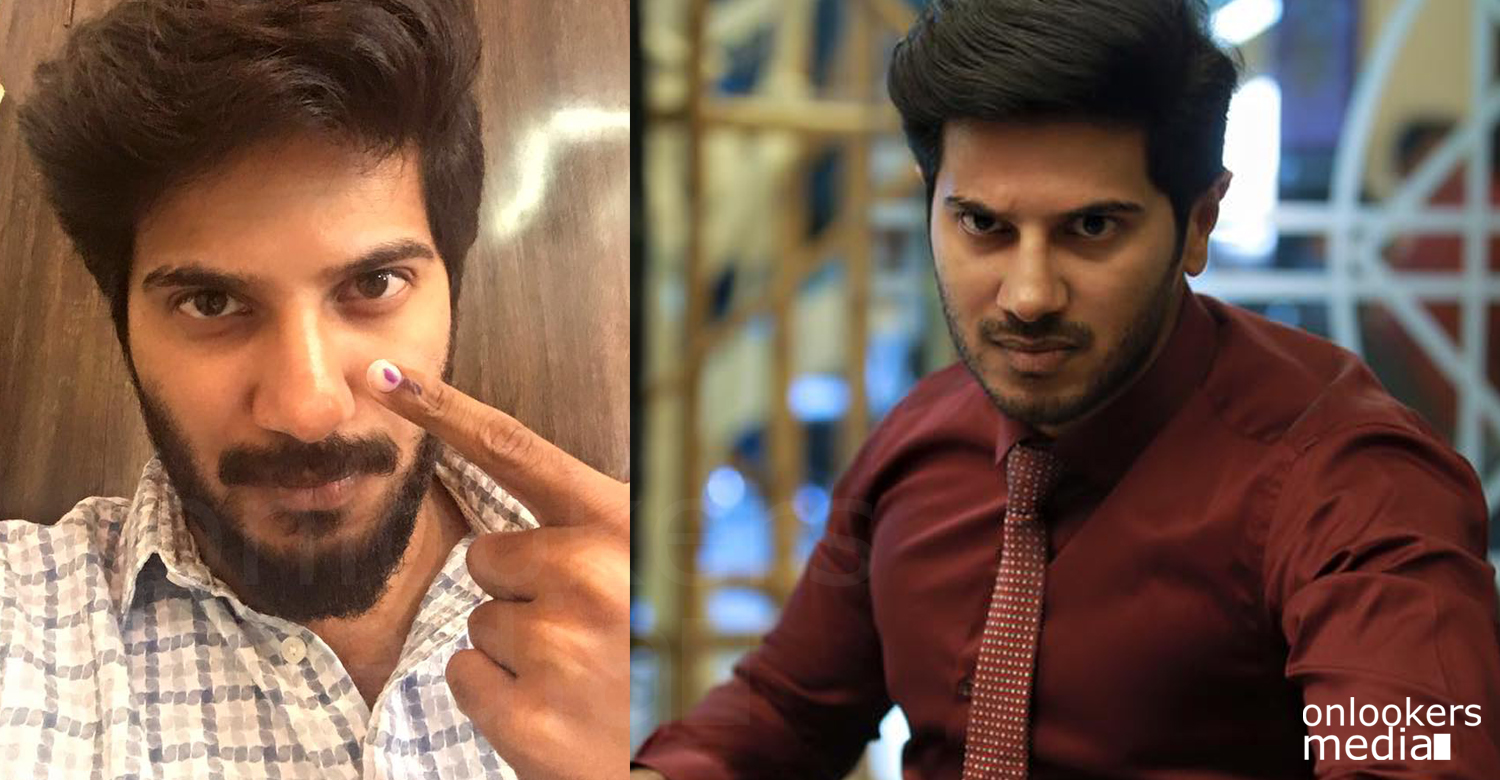 Today is the day in which the assembly elections being conducted in Kerala. People went to polling booth from early morning to cast their valuable votes irrespective of bad weather. Celebrities also did not forget to cast their votes and young star Dulquer Salmaan is one among them. Dulquer Salmaan had casted his first vote in Kerala today. His voting center was GHSS Panambilly Nagar. Till last time, he casted his vote in Chennai and this is for the first time that he casted his vote in an election held in Kerala.

There were many messages spread in social media like Facebook and Whatsapp telling youngsters to not to vote this time as a protest against the political parties. But Dulquer Salmaan asks his friends and fellow people to cast their valuable votes and he set an example by went to vote early in the morning.

Dulquer Salmaan had shared a photo of him in his official Facebook page after voting with the ink on his finger. Through that Facebook post he told everyone that its our right and responsibility to vote. He told everyone to go and vote and said that you are not cool if you don’t vote.

Dulquer Salmaan is currently on a break after the Amal Neerad film stopped filming due to heavy rain in Kottayam.

LJ Films and Nivin Pauly, super hit pair for a reason
Kerala Boxoffice : King Liar and Jacobinte Swargarajyam on the way to the 20 crore club of Mollywood
To Top