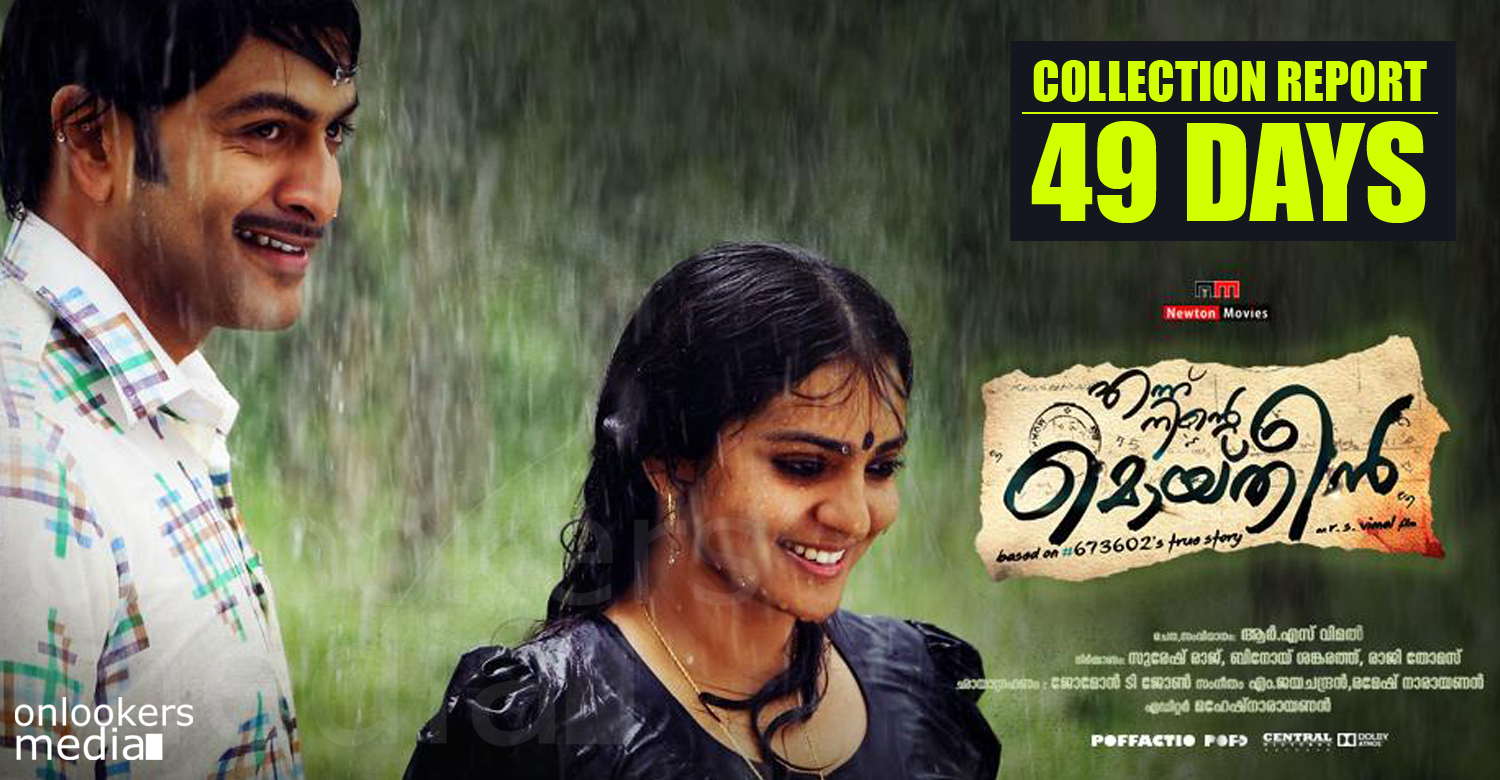 Ennu Ninte Moideen had already become an epic film in Malayalam cinema history with overwhelming response from the audience and great box office collections as well. The film had already become one of the best romantic stories ever told on silver screen and what makes it more beautiful is the perfection and intensity with which it had portrayed the real life story of Moideen and Kanchanamala on celluloid.

The collection report of the film says that it had grossed over 36 crore rupees from its 49 days of theatrical run. It is now behind Premam and Drishyam in the list of top grossers of all-time in Mollywood history. Drishyam and Premam are at the first two positions in Kerala collections as well as total collections

Drishyam has got a Kerala gross over 44 crore rupees and Premam had got a Kerala gross over 40 crore rupees. Drishyam’s total gross collection is above 66 crores and Premam has got between 55-58 crores. Moideen had already surpassed the collection records of Twenty 20 and Bangalore days and now slowly but steadily going towards breaking the Kerala gross of Premam which is just above 40 crore as we mentioned above. Ennu Ninte Moideen also gave Prithviraj his first solo blockbuster as well. Earlier it was Classmates which gave him a blockbuster success in 2006, but it was a multi-starrer flick by Lal Jose.

Prithviraj as per reports have made a great leap regarding his star value as two continuous success and that too in the blockbuster level made him the most sought after young star here. As per reports he is now only behind superstar Mohanlal in star value and remuneration. He had surpassed Mammootty in Remuneration status as he demand s around 2 crore rupees for a film. Mammootty gets around 1.75 crore now. Mohanlal is sitting comfortably at the top with a remuneration around 2.5- 3 crore rupees.

Moideen and Kanchanamala love had conquered Kerala now and it had become one of the most celebrated love story ever in Kerala as well. Prithviraj and Parvathy who had done the lead roles had got fabulous appreciation as well for their terrific performance.