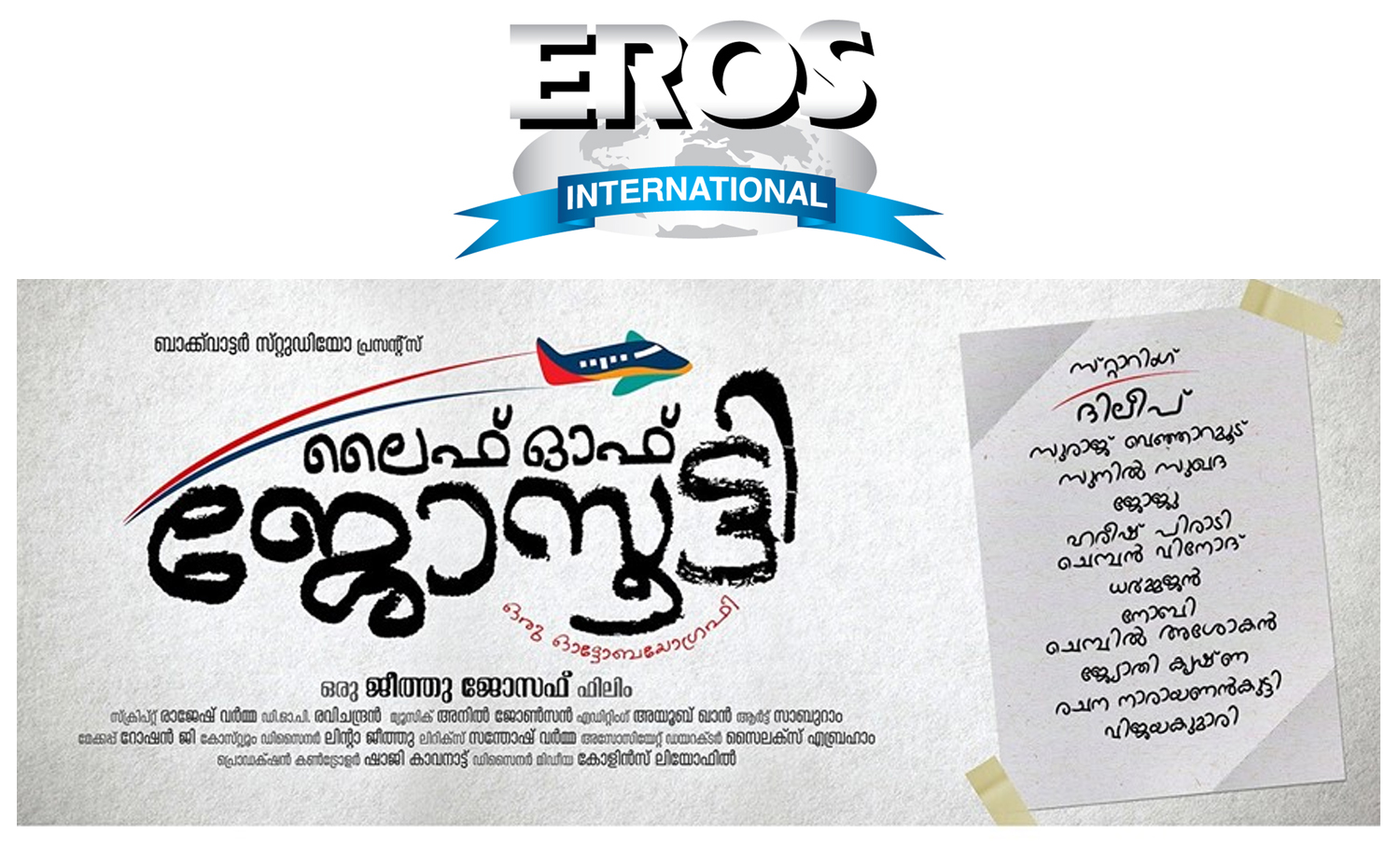 Jubilation begins for Malayalam movie industry. One of the most esteemed production companies, Eros has laid its first stone of its association with the Malayalam movies. Eros will get together with Jayalal Menon and Backwater studios for the movie ‘Life of Josootty’. Jeethu Joseph is the captain in charge of the movie. Dileep represents Josootty in the movie.

Sunil Lulla who is the managing director of the company has expressed his happiness for being able to work with Mollywood and the naturally gifted artists such as Jeethu Joseph and Dileep. The company is aspiring to replicate the success they had with the Tamil, Marathi, Telugu and many other languages.

Soundarya A. Rajnikanth who takes care of the creative and strategies of the company for South India have showered praises on Malayalam movies and commented that Malayalam movies have superb stories and incredible artists. She also mentioned that they are negotiating with the other Malayalam producers and directors so that they can get involved in more Malayalam movies. Jayalal Menon is on cloud nine as he is getting an opportunity to tie up with a company like Eros. He believes that the affiliation with Eros can take the Malayalam film industry to a global level.

Life of Josootty builds up its foundation on the character of Josootty. The key locations of the movie are Idukki and New Zealand. They have already started shooting for the movie. Rachana Narayanankutty and JyothiKrishna will join Dileep as the two central female characters. Suraj Venjaramoodu, Harish Peradi, Kalabhavan Mani are the other notable names in the cast. Jeethu and Dileep had earlier teamed up for the movie My Boss which reaped gold at box office. The movie was given thumbs up for providing the audience with a genuine laughter.

Jeethu is under double pressure as his previous movie Drishyam has earned a place among the all time great movies. Naturally, fans would be anticipating something of that standard and therefore, Jeethu is obliged to maintain the same standard in his next movie as well. As for Dileep, his last few movies were not up to the mark and his Ringmaster was the only movie to have made any impact at box office. Therefore, this movie is crucial for him as well.