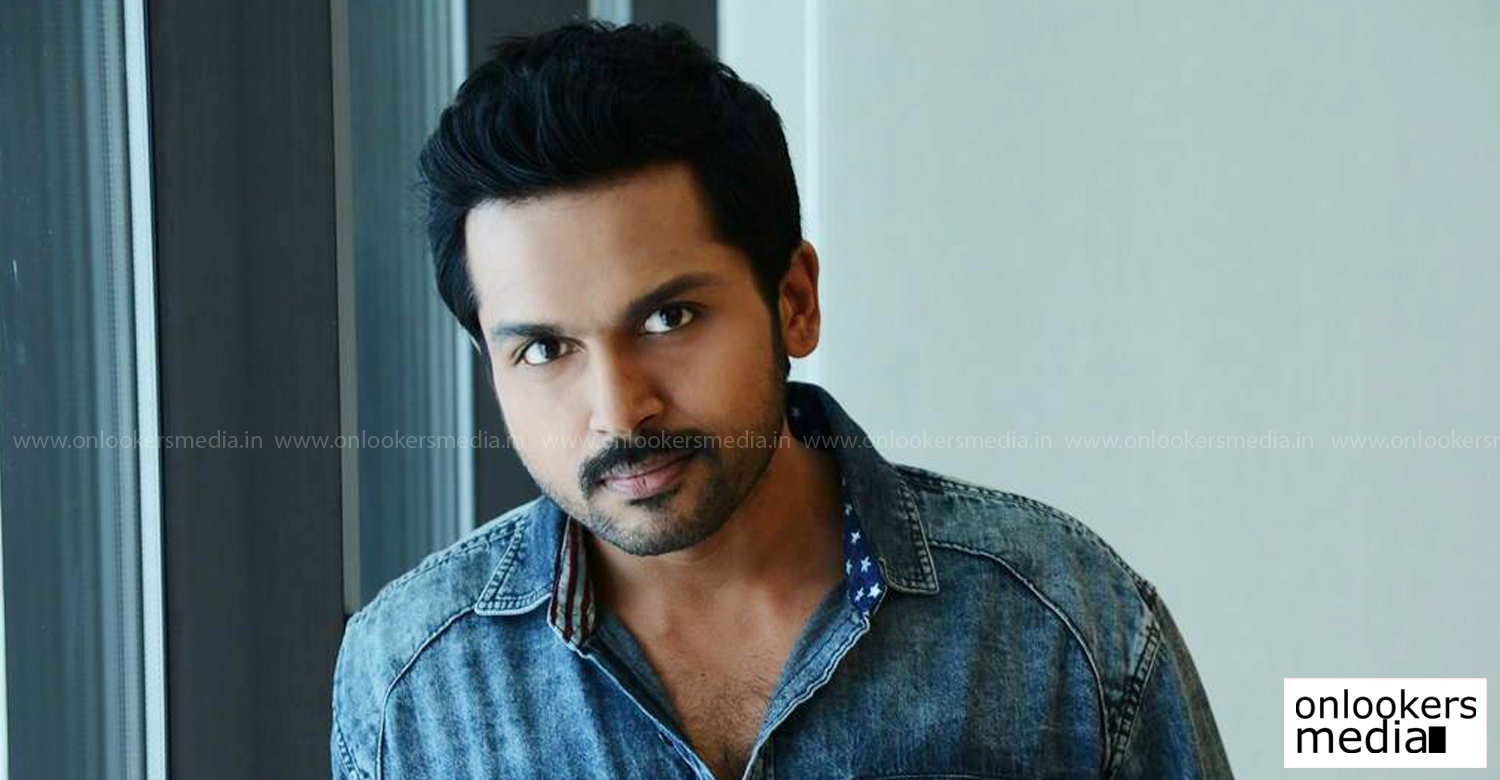 Waiting for an exciting script in Malayalam : Karthi

Kollywood actor Karthi enjoys a fair share of popularity in Kerala eventhough not as much like his brother Suriya. Karthi is slowly gaining a foothold among the Malayali audience.

Karthi’s last release was Kashmora a horror-fantasy-comedy drama in which he played dual roles in two different get ups. Though the movie did not do well at the box office, Karthi’s performance was highly appreciated.

Karthi in a recent interview has said that he is waiting for an exciting script to make his entry to Mollywood. He has already met many directors from the industry, but apparently the scripts were not really exciting.

Karthi recently entered Telugu film industry through the bilingual Oopiri which was made as Thozha in Tamil. Karthi starred alongside superstar Nagarjuna in the movie. Mollywood heartthrob Dulquer Salmaan and Karthi were earlier set to star together in a movie directed by Mani Ratnam.

But the project could not take off owing to Karthi’s busy schedule. He was busy with his earlier commitments Thozha and Kaashmora. Both the movies were initially scheduled to release last year but got postponed.

Karthi who has worked as an assistant to Mani Ratnam is all excited to act in the ace filmmaker’s movie. Kaatru Veliyidai stars Aditi Rao Hydari as the female lead.

The movie is a love story in which Karthi plays a fighter pilot for the first time in his career. Oscar Award winning composer A R Rahman is the music director for the movie while Ravi Varman is handling the cinematography