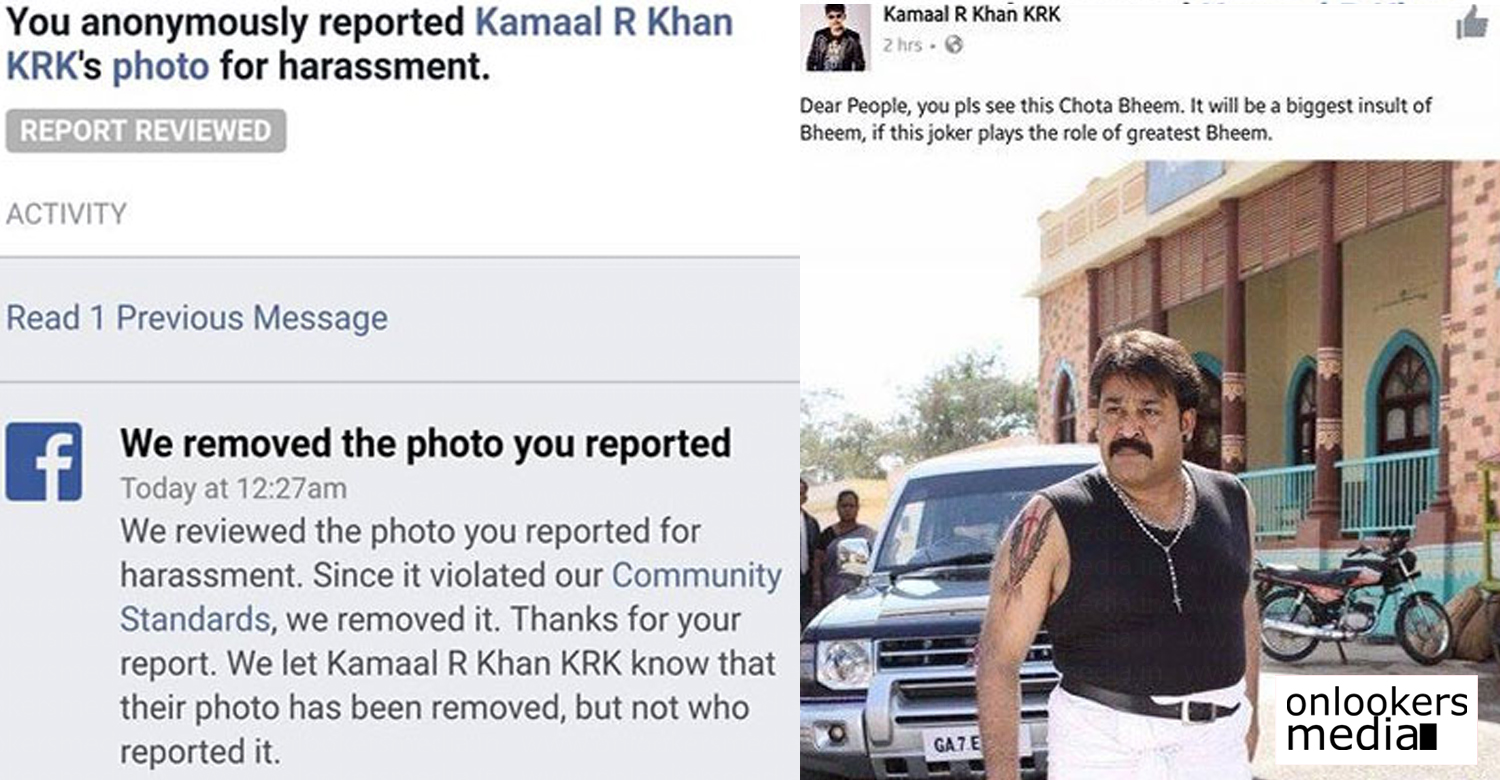 The complete actor who had earlier annonced his biggie rolling next year with VA Shrikumar and MT Vasudevan Nair had face a bad time yesterday through social media. Bollywood star Kamaal Rashid Khan aka KRK had criticized the actor with some tweets comparing the actor with the cartoon character Chotta Bheem on basis of his size.

The Bollywood star had also insulted the fans by calling them idiots and stating them various facts. The 3 tweets that had come in quick succession after the tweet that had created big issues. After Mohanlal fans had trolled the star online Mammootty fans had also come into play by targeting the star’s Facebook and Twitter handles. They had commented abusives against him and have posted heroic images of Mohanlal. This clearly depicts an image in our industry that whether a co star is trolled or insulted they respond no matter aware of the fan base.

The fans had also questioned the star before putting up such stupid posts he should have at least watched a film of the ace actor to understand his acting prowess and where he stands. It is also seen that this is not the first time the star had posted such hilarious posts and tweets. He constantly post movie reviews which are not reliable and misleading.