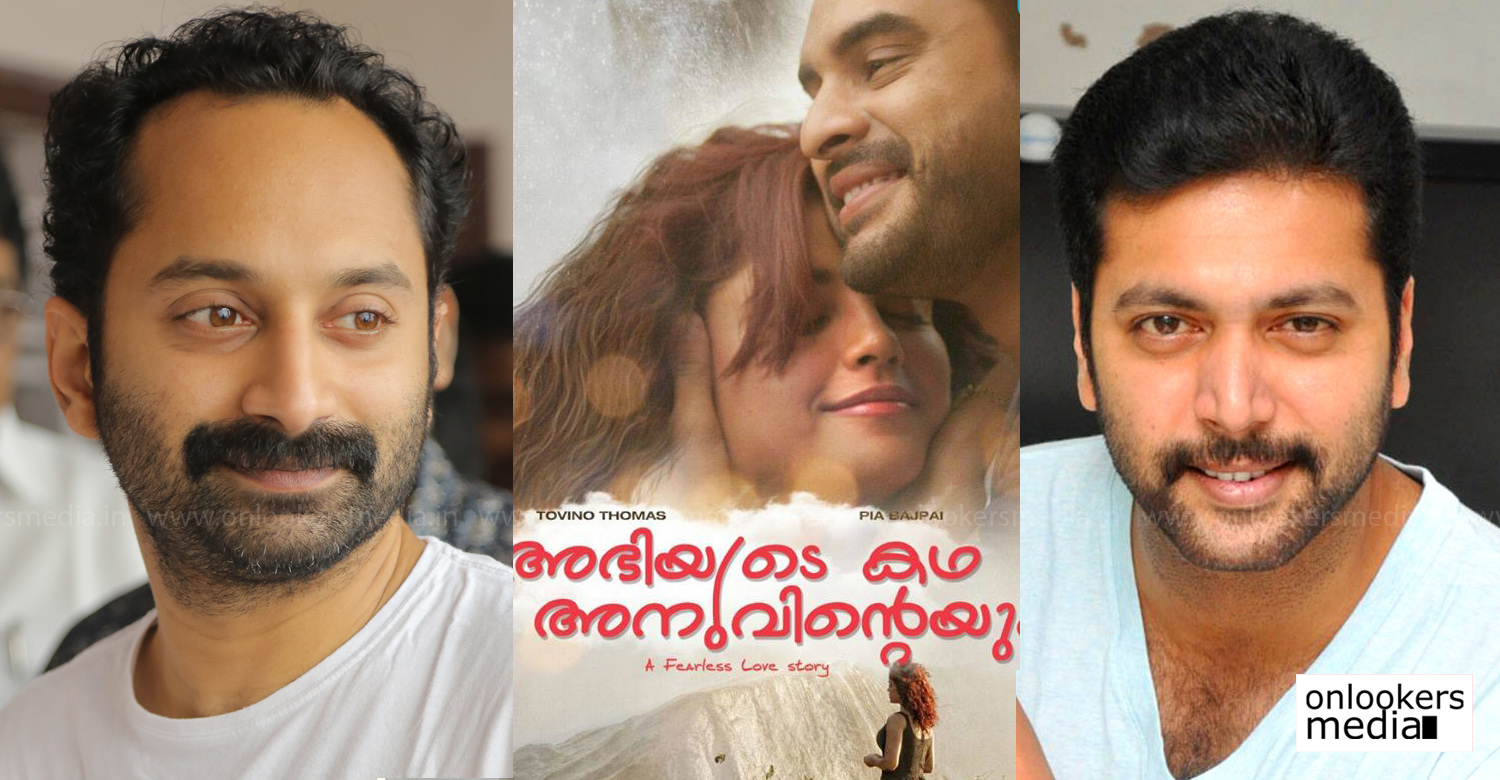 Promising young actor Tovino Thomas’ bilingual movie Abi and Anu is gearing up to hit screens this September. The Tamil version has been titled as Abhiyum Anuvum and Malayalam as Abhiyude Kadha Anuvinteyum. Noted woman cinematographer BR Vijayalakshmi is directing this movie.

Vikram Mehra and BR Vijayalakshmi are jointly funding this movie under the banner of Yoodlee Films. Ace cinematographer-turned-filmmaker Santhosh Sivan is serving as an executive producer. The makers are promoting the movie extensively through some renowned celebrities.

Fahadh Faasil will be releasing the Malayalam teaser while Jayam Ravi will unveil the Tamil version’s teaser. This upcoming movie is a romantic film based on a real life incident that occured in Latin America. Udayabanu Maheshwaran has penned the story and screenplay for this movie. Tovino Thomas and Pia Bajpai are playing the lead roles in this romantic entertainer.

Shoot for the movie has already been completed and it was shot extensively in various parts of Kerala and Chennai. Veteran actors Prabhu, Suhasini Mani Ratnam and Rohini will be seen in prominent roles. Dharan has handled the music department and Agilan has cranked the camera. The movie is slated to hit screens on September 22.

Vijay Sethupathi sports a new look for playing his younger portions in ’96’
Mersal Arasan and Neethane: Watch the two latest songs from Vijay’s Mersal
To Top