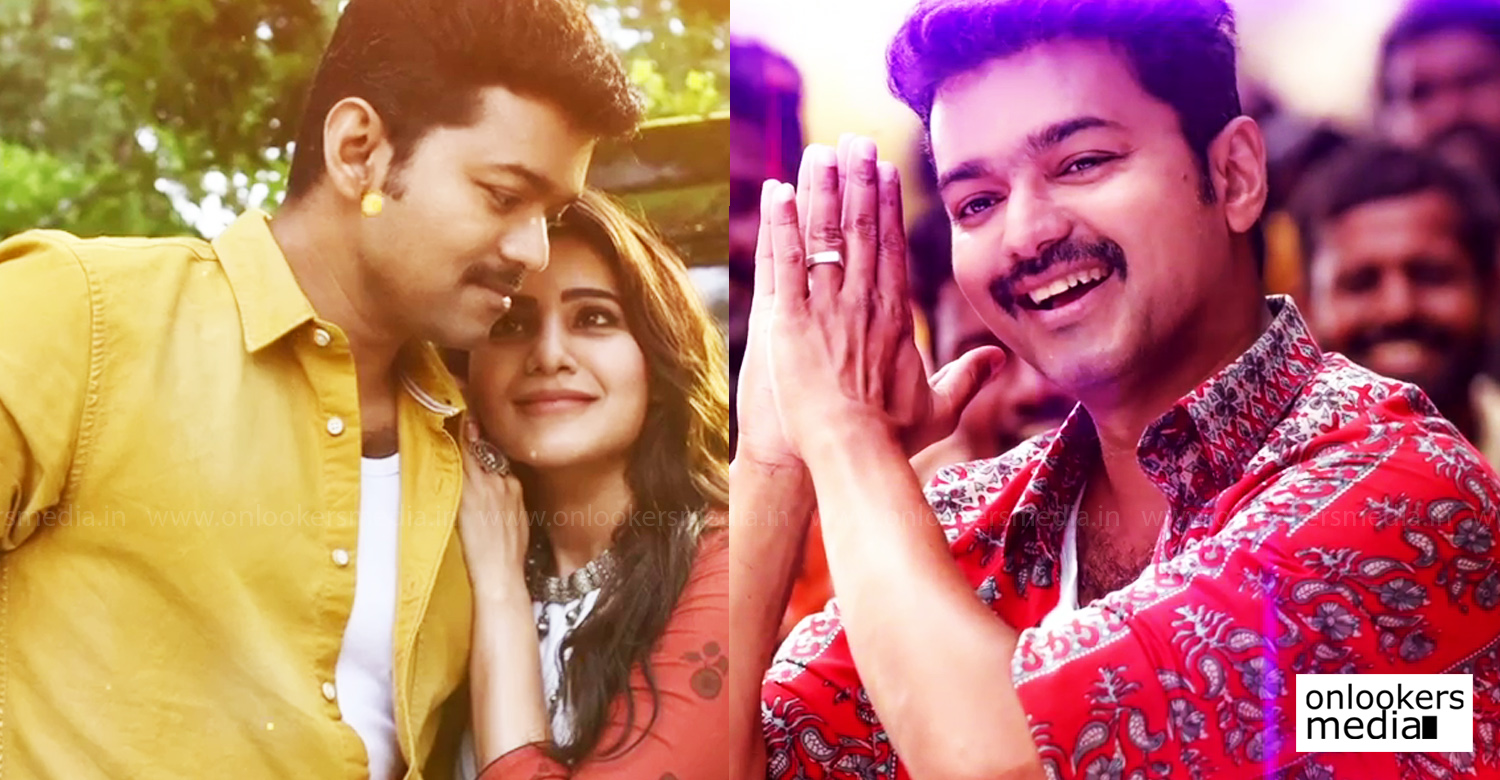 Vijay-Atlee team’s much awaited Mersal is in the final stages of post production and is getting ready for a grand Diwali release this October. AR Rahman has composed the movie’s songs and all four of them have been received well by the listeners.

The lyric video of the songs ‘Neethane’ and ‘Mersal Arasn’ has been released now by the makers. Both the songs are in contrasting style as one is a soulful romantic track and the other is a local dance number.

‘Neethane’ is sung soulfully by AR Rahman and Shreya Ghoshal while ‘Mersal Arasn’ is rendered by Deepak, G V Prakash Kumar, Naresh Iyer and Sharanya Srinivas. Noted lyricist Vivek has penned all the songs in Mersal.

This Vijay starrer is one of the most awaited Tamil movies of the year. Expectations are sky high as Vijay is teaming up with director Atlee once again after the blockbuster success of Theri. The movie has a stellar star cast that includes three female leads in Samantha Ruth Prabhu, Kajal Aggarwal and Nithya Menen.

Mersal is the 100th film to be funded under the prestigious banner of Sri Thenandal Films.

Fahadh Faasil and Jayam Ravi to release teaser of Tovino’s upcoming bilingual
Magic portions in Vijay’s Mersal will be astonishing, says a renowned magician
To Top