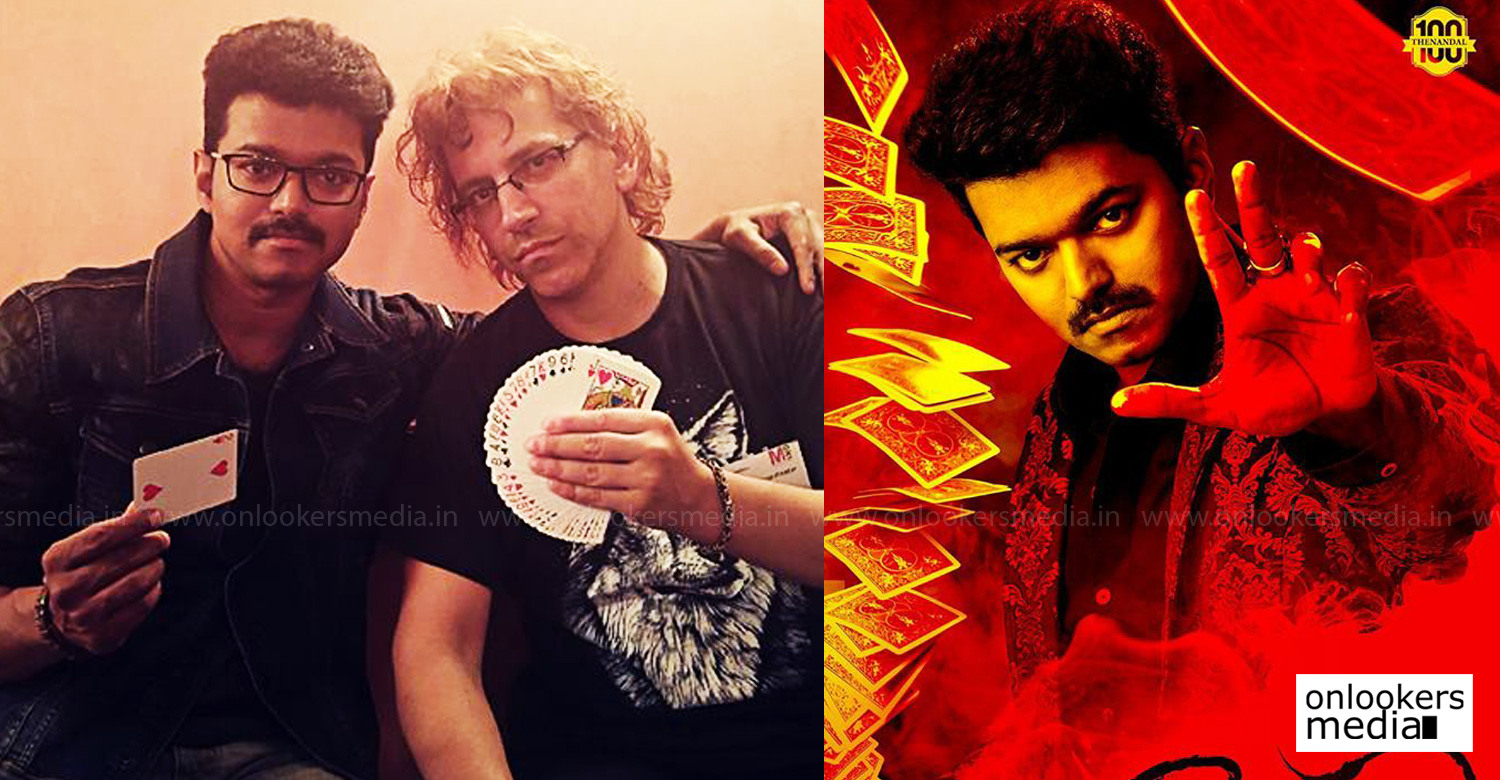 Magic portions in Vijay’s Mersal will be astonishing, says a renowned magician

Thalapathy Vijay’s Mersal is gearing up to hit screens this coming Diwali season in October. This Atlee directorial is one of the most anticipated films of this season as the actor-director duo are teaming up after the blockbuster movie Theri. Vijay is reportedly playing a triple role in Mersal, which is a first in his two decade long career.

The actor will be seen in three different roles – one as a villager in the 80s and the other two as a magician and a doctor. Samantha Ruth Prabhu, Kajal Agarwal and Nithya Menon play the three female leads in the movie.

For his role of a magician, Vijay was trained by three renowned experts including Gogo Requeim, a popular
Macedonian magician.

“Joseph Vijay. One of the most popular actors from India/Tamil. I had a huge honour to work with him in May 2017 on his new upcoming movie,” Gogo tweeted on Tuesday.

In a recent Twitter interaction with fans, Gogo said,

“We made pure art and people in India and all around the world will enjoy it.”

When quizzed by a fan on how the magic portion has come out in the film, he said,

“Can’t tell too much. Believe me, the magic portion will astonish you.”

When asked about his experience working with Vijay, Gogo said,

“Incredible person, he performed everything so fast so I couldn’t believe that he does not have experience in the art of magic.”

Mersal Arasan and Neethane: Watch the two latest songs from Vijay’s Mersal
Official: Salman Khan to play the lead in Race 3!
To Top