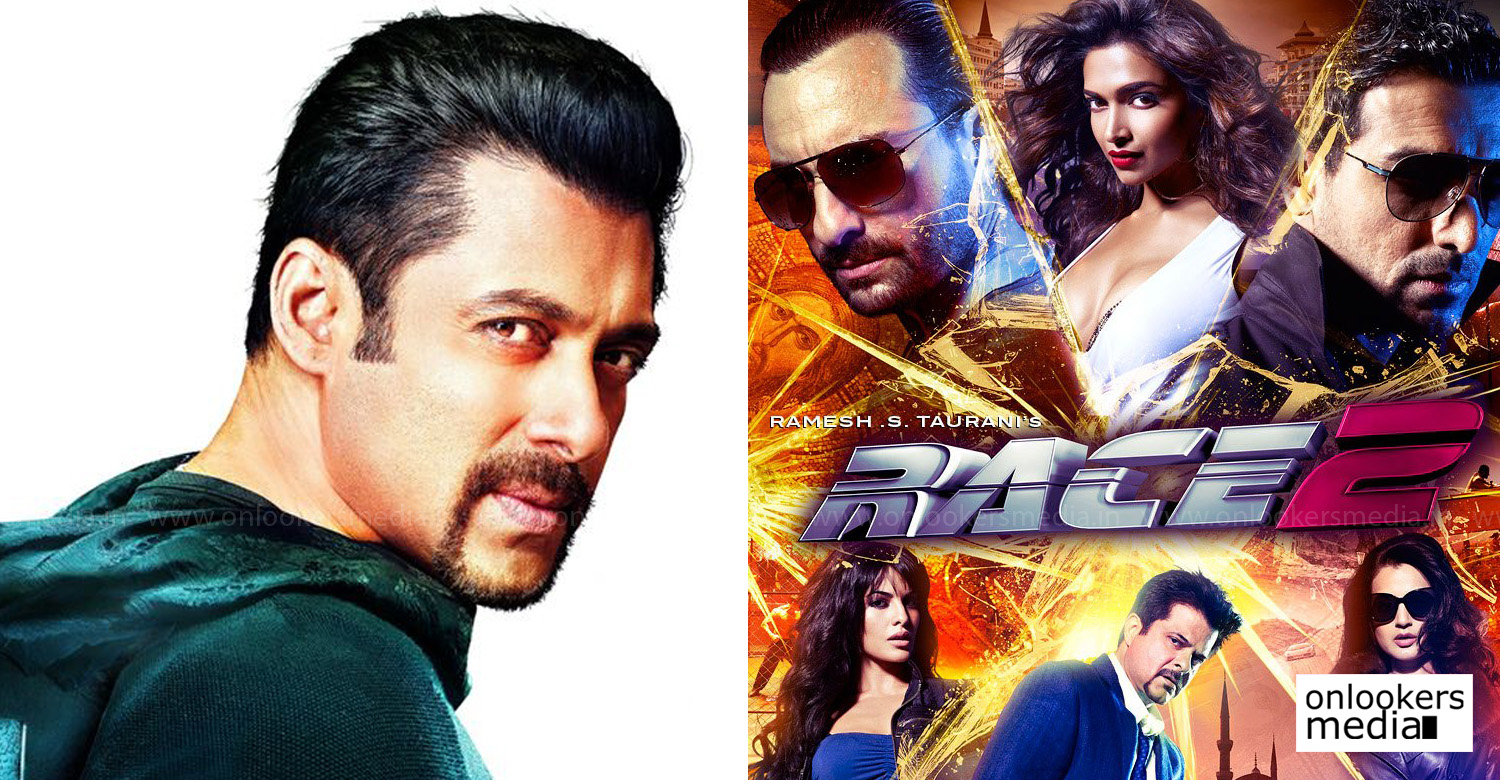 Official: Salman Khan to play the lead in Race 3!

Race 2 also featured John Abraham, Deepika Padukone, Jacqueline Fernandez, Ameesha Patel and Aditya Pancholi. Both the movies were hugely successful and is one of the highest grossing film series in India.

For the last few months there have been several speculations about the lead actors in the franchise’s third segment. According to latest trustworthy reports, Bollywood superstar Salman Khan has been signed to play the lead role in Race 3. Jacqueline Fernandez has been roped in to be pair opposite Salman in the movie. The duo have previously acted together in the 2014 superhit movie Kick.

While the first two movies were directed by Abbas-Mustan, the upcoming movie will be directed by choreographer-turned-filmmaker Remo D’Souza. Producer of Ramesh Taurani of Tips Music Films has confirmed that Salman and Jacqueline will be a part of the first schedule and they are yet to cast other actors in the movie.

The makers are planning to begin shooting for the movie from October this year, and the preparations for the sets are already underway in Mumbai. After that there will be a long international schedule as the story is set abroad. Reports suggest that the third segement will be completely different instead of taking off from the previous two films.

Magic portions in Vijay’s Mersal will be astonishing, says a renowned magician
Mohanlal’s Pulimurugan is India cinema’s first ever 6D movie
To Top