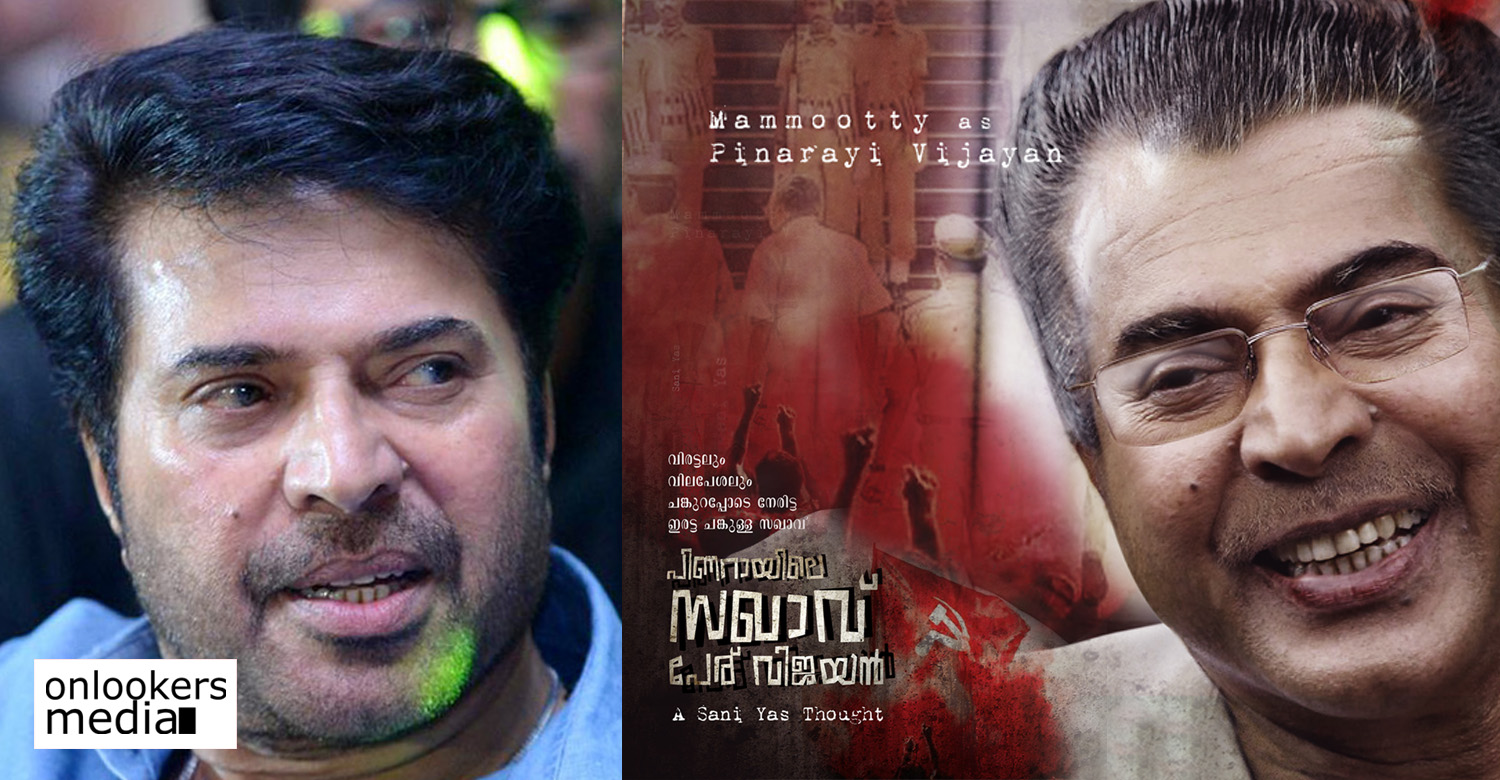 Social media is a great platform to share one’s thoughts and showcase their talents. Sani Yas, a publicity designer in the Malayalam film industry has been making use of the platform very wisely. He is popular in the social media circles for his designs. Superstars’ photos are often used for fan arts and one such fan art made by Sani is now trending virally.

Last day, he unveiled his latest work – a poster featuring Mammootty as Kerala CM Pinarayi Vijayan. This fan-made design has gone viral within hours of its release. Some of Sani’s other popular works include Kunjali Marakkar poster, a design with Mammootty as Fidel Castro and Dulquer as the revolutionary Cuban leader Che Guevara.

Mammootty looks strikingly similar to Pinarayi Vijayan in this design. Interestingly, the megastar is acting as a Chief Minister in his upcoming Telugu film Yatra. The movie directed by Mahi Raghav is the biopic of late Andhra Pradesh CM YS Rajashekhara Reddy. Mammootty is playing YSR’s role in the movie, shoot for which is currently progressing in Hyderabad.

Apart from that Mammootty is also set to play a Chief Minister’s role in an upcoming Malayalam movie scripted by the National Award winning writer duo of Bobby and Sanjay. Santhosh Vishwanath of ‘Chirakodinja Kinavukal’ fame will be directing this movie.

Parvathy, Padmapriya and Revathy ask AMMA for emergency meeting to discuss about the decision to reinstate Dileep
Aishwarya Lekshmi replaces Mamta Mohandas in Asif Ali’s next
To Top