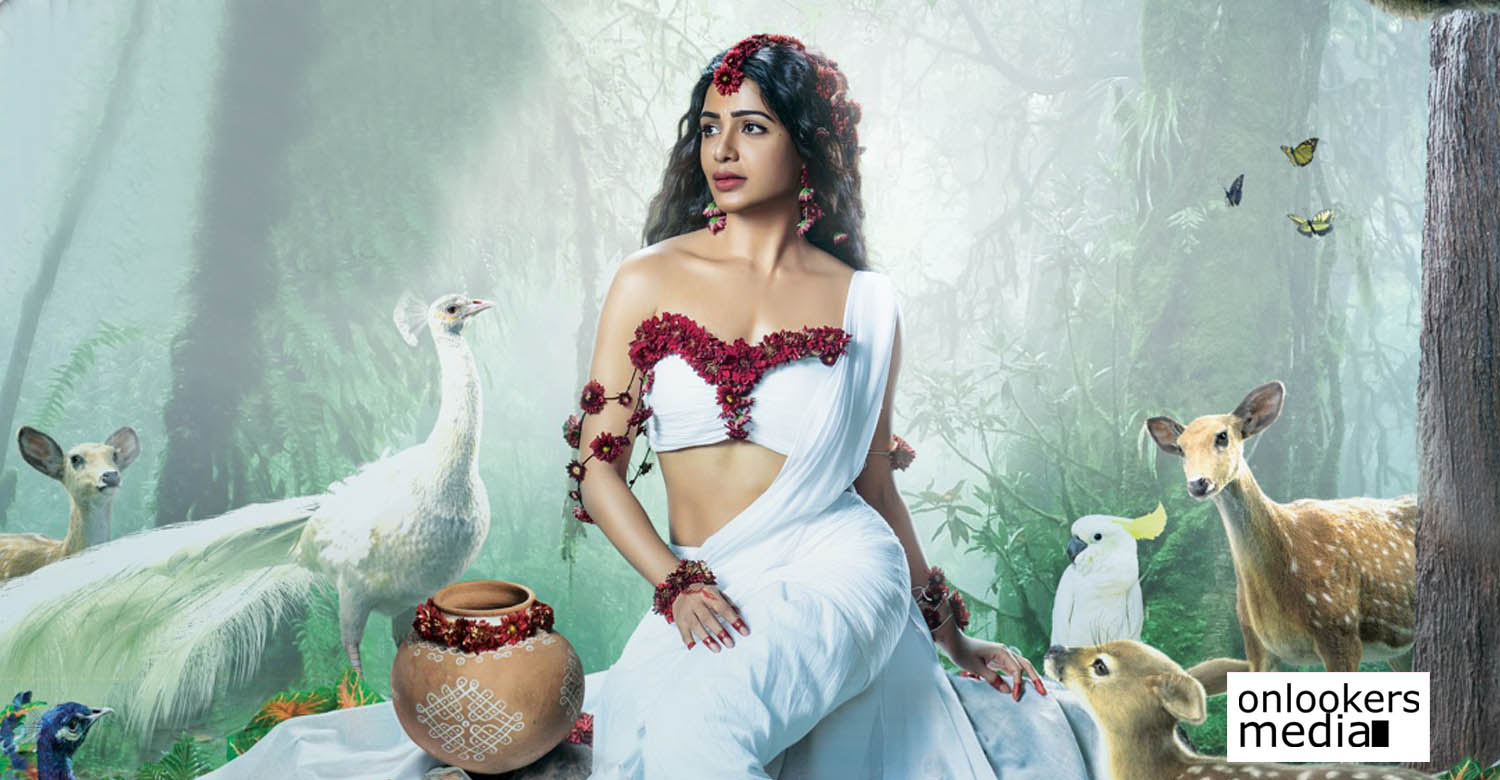 We had earlier reported Samantha starring in a new pan-Indian film titled ‘Shaakuntalam’. Its first look poster has just been released. The ethereal-looking poster has Samantha seated on a stone in the middle of the forest. She is surrounded by animals, including deers and swans. The film is directed by Gunasekhar, who has made popular Telugu films like ‘Okkadu’ and ‘Rudhramadevi’. It is the screen adaptation of Kalidasa’s epic Sanskrit play, Abhijnana Shakuntalam. The film explores the love story of King Dushyantha and Shakuntala, the daughter of sage Vishwamitra and apsara Menaka. Malayalam actor Dev Mohan of ‘Sufiyum Sujathayum’ fame plays the male lead character, Dushyantha. Allu Arjun’s daughter Allu Arha will be seen playing the role of Prince Bharata. Aditi Balan and Mohan Babu also star in it.

This ambitious film is produced by Neelima Guna’s Gunaa Teamworks and Sri Venkateswara Creations. The makers are yet to announce the release date.