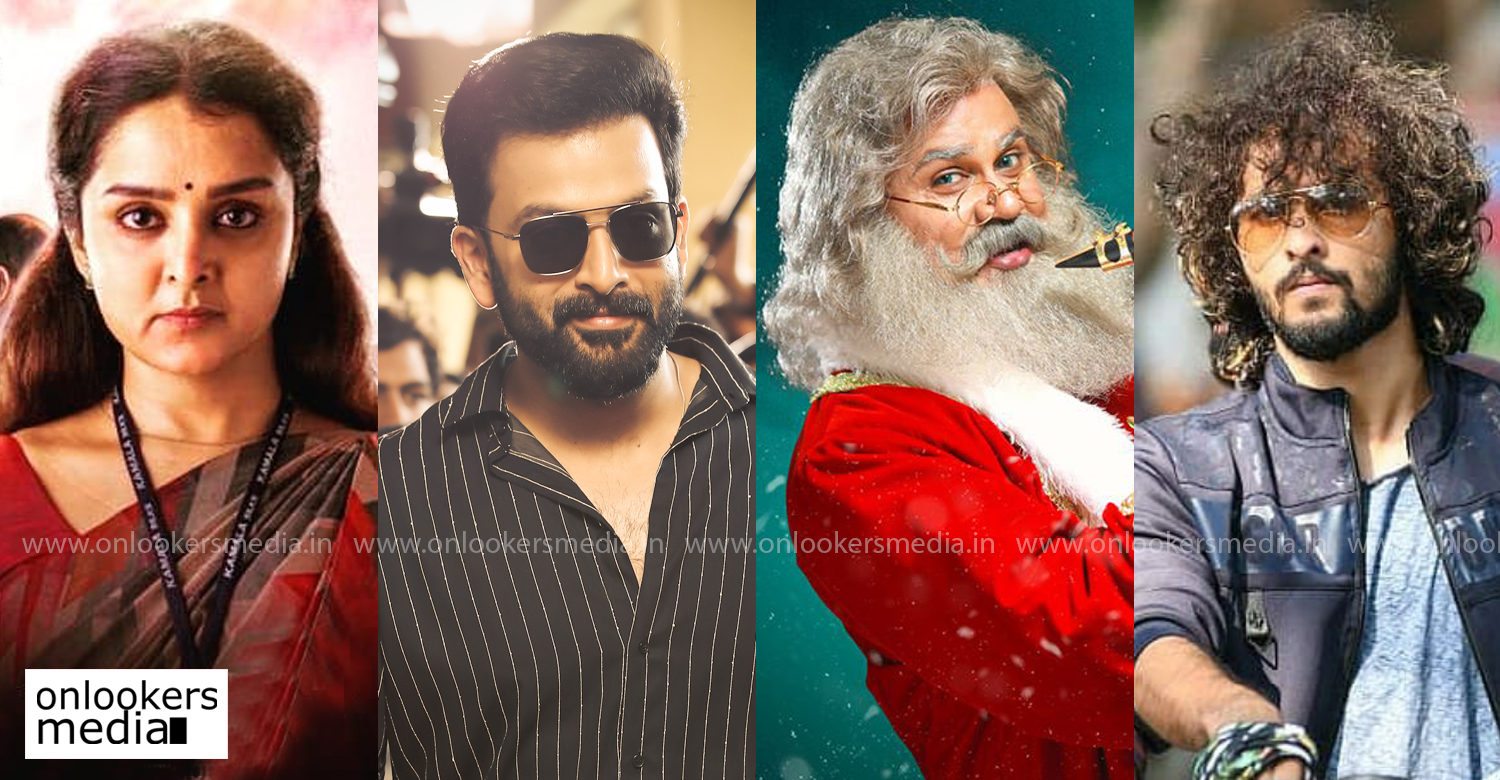 Unlike the usual, this Christmas season will not see any superstar releases in Malayalam, but an exciting clash is still on cards as 5 films are scheduled to hit screens. ‘Driving Licence’, ‘Valiya Perunnal’, ‘Thrissur Pooram’, ‘My Santa’ and ‘Prathi Poovankozhi’ are the five films slated for release.

‘Valiya Perunnal’ starring Shane Nigam in the lead is an eagerly awaited film. Directed by debutant Dimal Dennis, the film is touted to be a mass entertainer based in Fort Kochi. The film’s trailer and songs have all been very interesting with lot of freshness in them. Director Dimal has scripted the film jointly with Thasreeq Abdul Salam. Joju George, ‘Filter Coffee’ fame Himika Bose, Vinayakan, Soubin Shahir and a bunch of newcomers are also part of the cast. Hit maker Anwar Rasheed is backing the film. It is scheduled to hit screens on December 20.

‘Prathi Poovankozhi’ directed by Rosshan Andrrews also up for release on December 20. The film scripted by Unni R looks like a thriller with a mass act from lead actress, Manju Warrier. The film has Manju and Ansuree as sales girls working in a textile shop. Director Rosshan Andrrews is making his acting debut by playing the main villain character. ‘Kumbalangi Nights’ fame Grace Antony, Saiju Kurup, Alencier Ley Lopez and ‘Marimayam’ Sreekumar are also part of the cast.

‘Driving Licence’ is one of the most anticipated among the Christmas releases this year. Starring Prithviraj in the lead, the film is written by Sachy and directed by Jean Paul Lal aka Lal Jr. As per our sources within the industry, almost the entire budget of the film has been recovered through pre-release business, which includes streaming, overseas and satellite rights. The makers have confirmed December 20 as the release date.

‘My Santa’ starring Dileep is another film slated for Christmas release. Directed by Sugeeth, the film promises to be an out and out fun entertainer aimed at the kids and family audience. Dileep and a 7-year-old girl kid play major roles in the film. Debutant Jemin Cyriac has scripted the film that has Dileep playing a Santa Claus. Anusree, Sunny Wayne, Sai Kumar, Siddique, Dharmajan, Hareesh Kanaran and many others are part of the film. Release date is yet to be announced.

Jayasurya’s ‘Thrissur Pooram’ is also scheduled for release on December 20. It is a mass entertainer directed by Rajesh Mohanan and produced by Vijay Babu’s Friday Film House. Expectations are on the higher side as it is believed to be the most expensive film in Jayasurya’s career. Music director Ratheesh Vega is debuting as scriptwriter with this film.

Peranbu tops IMDb top 10 films of the year; Lucifer is the only Malayalam film in the list
2019 Forbes India Celebrity 100 List released
To Top