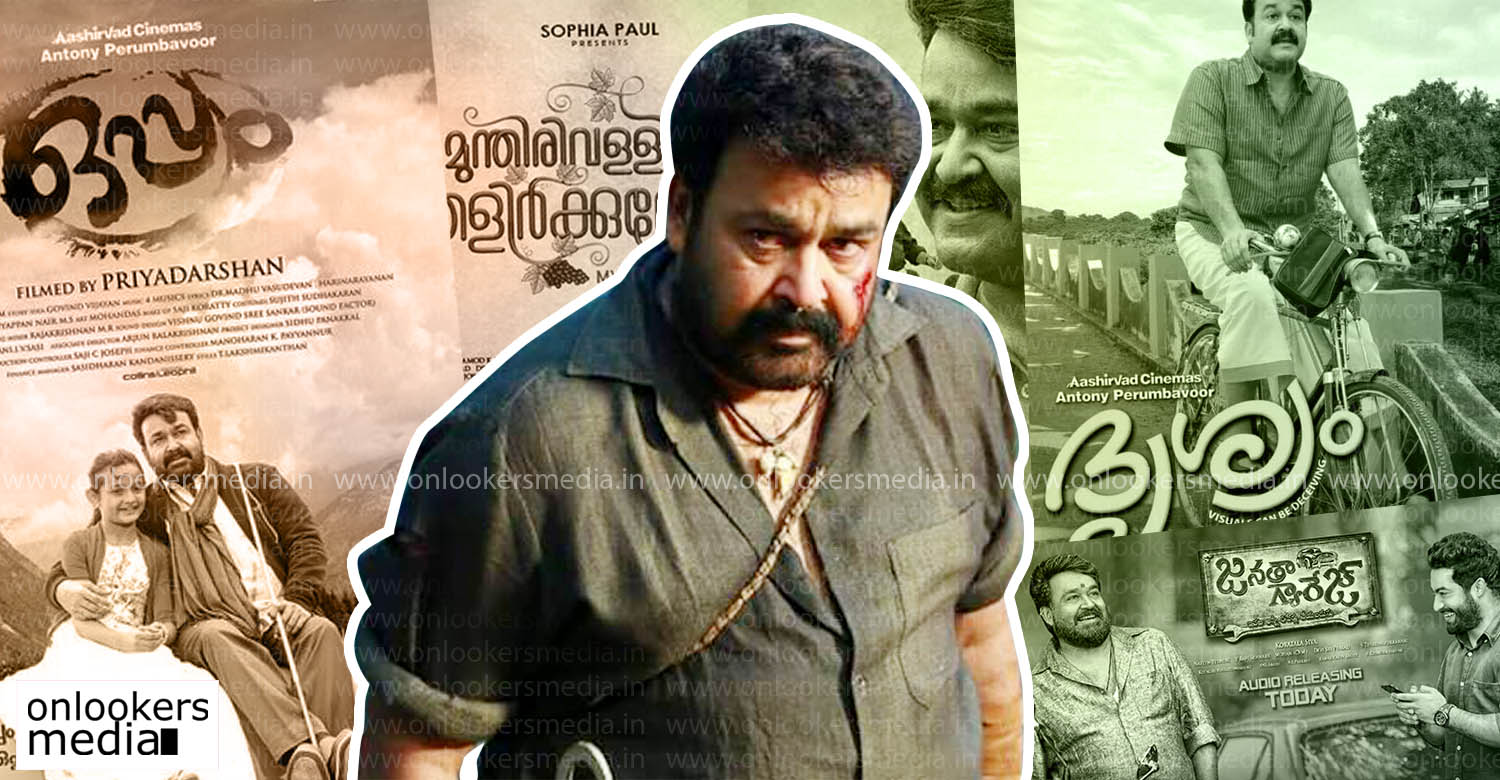 Five movies in the 50 crore club for Mohanlal

Mohanlal’s Drishyam was the first Malayalam movie to cross the 50 crore mark. This Jeethu Joseph directorial was a family thriller in which Mohanlal and Meena played a couple. Drishyam set the cash registers ringing like never before for a Malayalam movie. It had a theatrical run of over 150 days. The movie was later remade in languages like Tamil, Telugu, Kannada and Hindi.

Mohanlal marked his Telugu debut last year with Janatha Garage. He teamed up young star Jr NTR in this mass entertainer. The superstar won over the Telugu audience with his subtle and effortless performance. The movie, directed by Kortala Siva is one of the biggest ever blockbusters in Telugu cinema. Overall business of the movie is estimated to be around 130 crores.

Last year, Mohanlal’s glorious run in Malayalam started during the Onam season. The all-time favorite duo of Mohanlal and Priyadarshan teamed up for Oppam, a crime thriller. It was both critically and commercially acclaimed. The movie had a theatrical run of over 100 days registering a worldwide business of around 65 crores.

Before the Oppam wave could settle, Mohanlal’s highly anticipated movie, Pulimurugan hit the screens. The movie released on October 7 during the Pooja holidays registered a new record in the opening day collections for a Malayalam movie. Soon, it shattered every single pre- existing box office record in the Malayalam film industry. This action packed entertainer directed by Vysakh became the first ever Malayalam movie to enter the 100 crore club. The overall business of the movie has gone well past Rs 150 crores.

Munthirivallikal Thalirkkumbol was released on January 20. Meena paired up with Mohanlal once again, after Drishyam. The movie is written by M Sindhuraj based on James VJ’s popular short story Pranayopanishath. The story revolves around a middle aged couple who rediscover their lost love from the boredom of their routine life. MVT has minted Rs 38 crores from the all India collections crores and another 12 crores from the overseas centres.