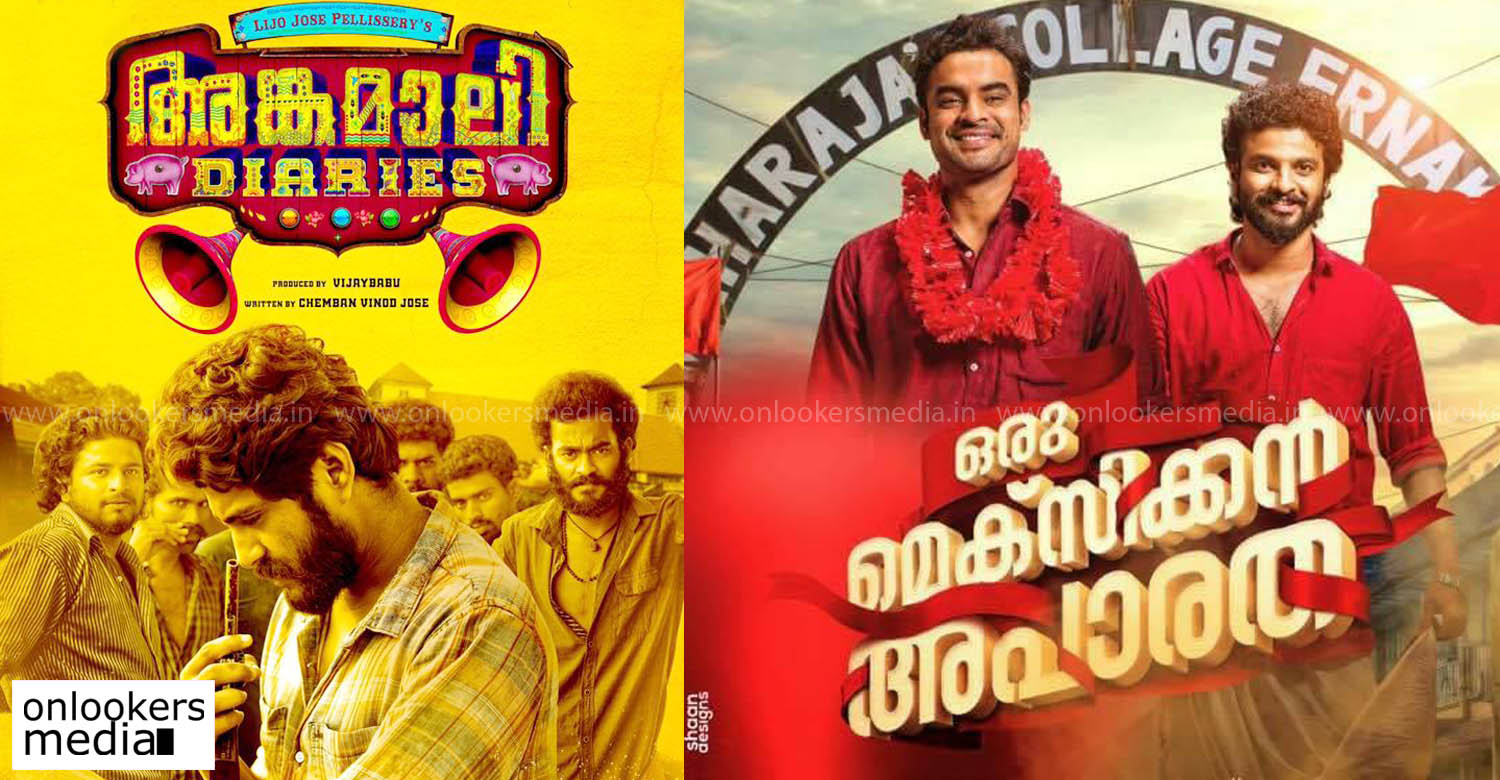 This coming week, it’s the battle of youngsters in the Mollywood box office. Two highly anticipated movies, Oru Mexican Aparatha and Angamaly Diaries are releasing this Friday. Here we look at the prospects of both the movies.

Oru Mexican Aparatha is a campus political drama. The movie directed by debutant Tom Emmatty features Tovino Thomas in the lead role. Neeraj Madhav, Roopesh Peethambaran, Gayathri Suresh and Kalabhavan Suresh essay other major characters. The story is set in the Maharajas campus in the early 2000s. The promo songs and trailer have caught the attention of the audience. Malayalis have always had a particular liking for political dramas and Tovino is also making rapid strides from a supporting actor to a bankable star. He enjoys an extended fan base and hence chances are high for Oru Mexican Aparatha to become a superhit success.

New ideas and latest film making techniques will be seen only when youngsters come into the picture. So, let’s hope both the movies become commercially successful and inspire producers to support new faces.