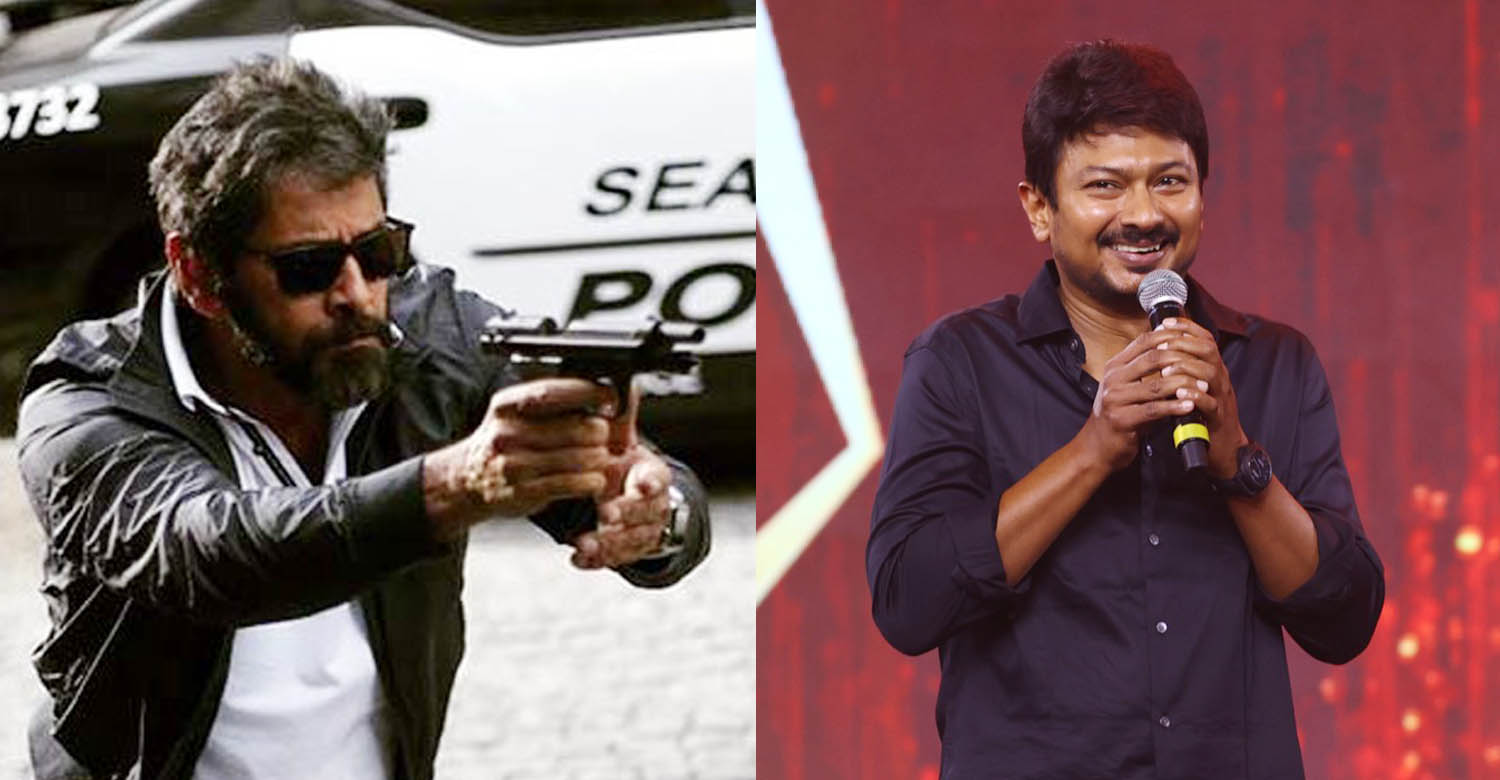 The long awaited Gautham Vasudev Menon-Vikram film ‘Dhruva Natchathiram’ is set to be revived by Udhayanidhi Stalin. As per reports, the latter’s Red Giant Films is taking up the production and will oversee the completion of the rest of the works. Recently, a photo of Vikram and Gautham Menon from the dubbing studio was shared online.

‘Dhurva Natachathiram’ is a spy-thriller that has been in the making for over 5 years. The film’s shoot has been halted several times due to various reasons including production issues, date clashes and the pandemic.

Release date of Pa Ranjith’s Natchathiram Nagargiradhu announced
Vijay Sethupathi and Priyamani in talks for Pushpa: The Rule
To Top