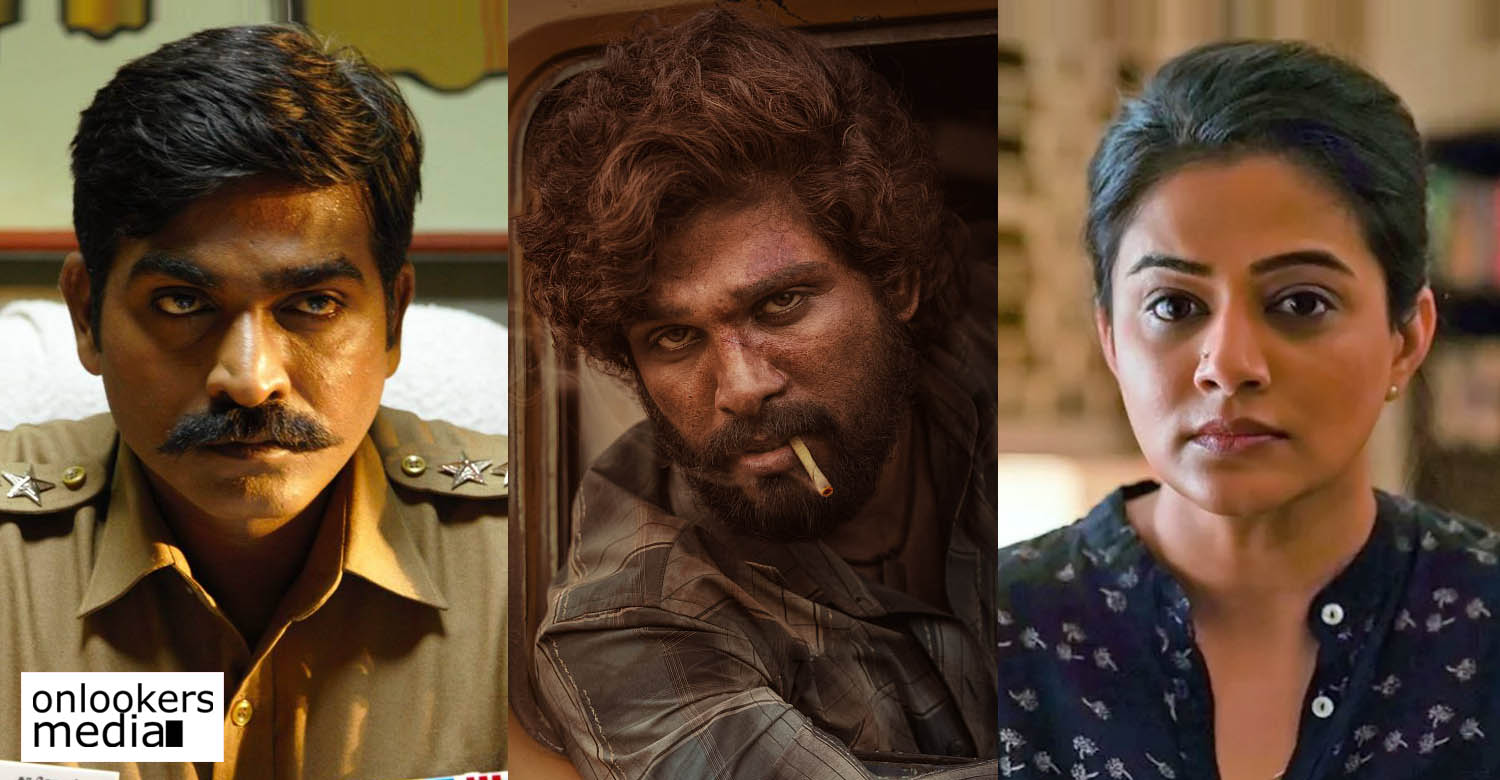 Vijay Sethupathi and Priyamani in talks for Pushpa: The Rule

After the monstrous success of ‘Pushpa: The Rise’, expectations are high on the second part, ‘Pushpa: The Rule’. Naturally, the makers are ensuring to expand it into a big project in terms of scale as well as casting. While Allu Arjun, Fahadh Faasil and Rashmika Mandanna will be reprising their roles, several more actors are expected to be added to the cast.

The makers are in talks with Vijay Sethupathi to play a major role. It is worth a mention that it was Vijay Sethupathi who was originally supported to play the role done by Fahadh Faasil in ‘Pushpa: The Rise’. The actor couldn’t accommodate his dates then and had to opt out of the project.

Besides Vijay Sethupathi, Priyamani is also in talks for ‘Pushpa: The Rule’. The National award winning actress was recently seen in a prominent role in the Sai Pallavi, Rana Daggubati starrer ‘Virata Parvam’.