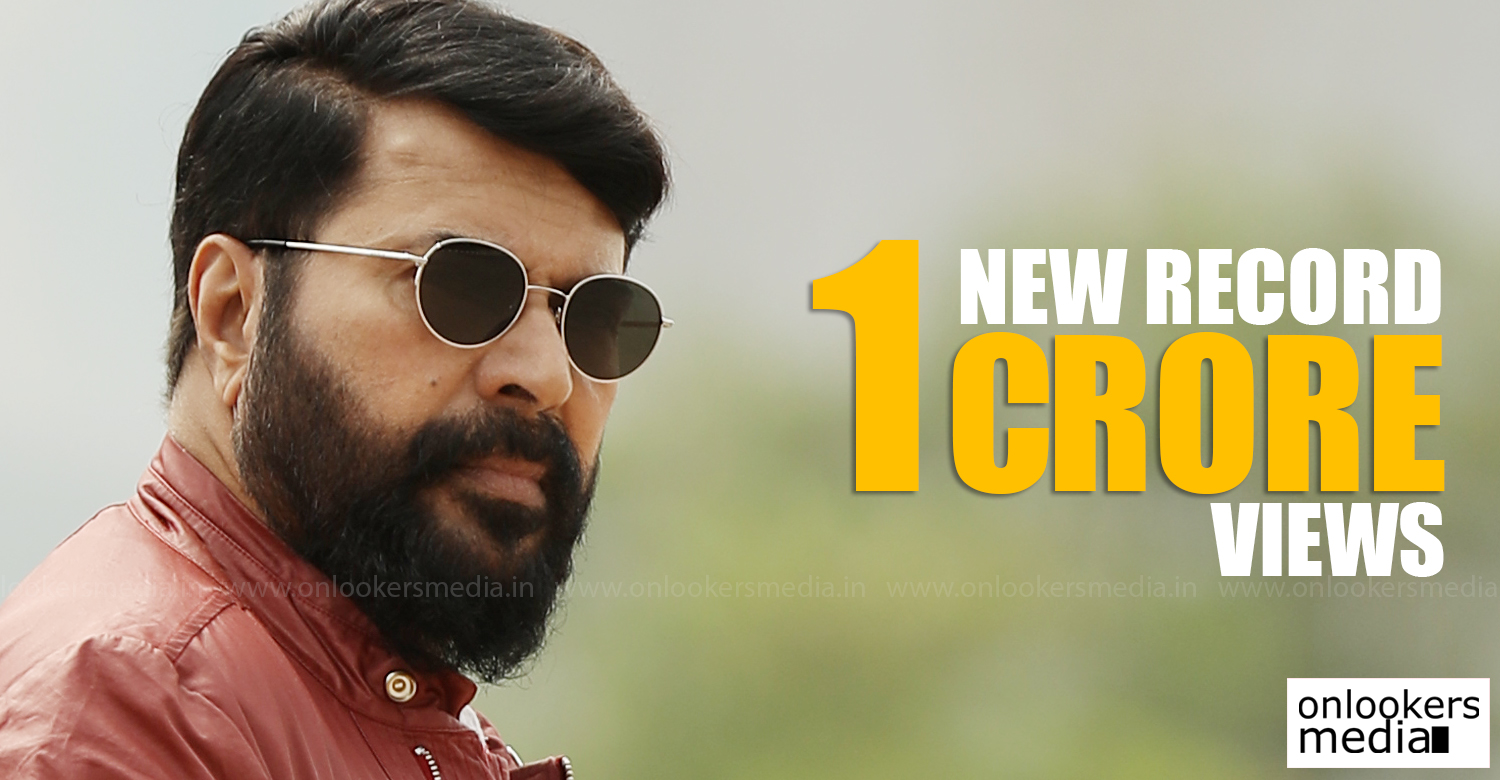 Megastar Mammootty’s highly anticipated movie, The Great Father is all set to hit screens all over Kerala on March 30. The movie, written and directed by debutant Haneef Adeni, features Mammootty in the lead role of David Ninan.

The sensational teaser released by the team on February 10 rocketed the expectation levels of the audience. The teaser views has now crossed the magical one crore mark. It is already the most watched teaser ever in Malayalam cinema history. The 33 second teaser features a brilliantly staged mass scene of Mammootty.

The actor is in his swag best with the uber-cool beard, lighting a cigarette and a slow motion walk reminding one of the famous Big B intro. Incidentally, Gopi Sunder who composed the background score in Big B has also scored for The Great Father.

The Great Father team released another teaser a few days back, which is centred around Baby Anikha. It has fetched nearly 24 lakh views in Facebook. A song featuring Baby Anikha was also released yesterday. Actor Indrajith’s daughter Prarthana has debuted as a playback singer through this song composed by Gopi Sunder.

Sneha is playing Mammootty’s wife, Michelle David in the movie. Kollywood actor Arya will be seen in a pivotal character as Andrews Eapen. Shaam, Malavika Mohanan, IM Vijayan and Kammattipadam fame Manikandan Achari are also part of the cast.

Roby Varghese Raj has cranked the camera for this movie while Noufal Abdulla has handled the edits.

C/O Saira Banu; Manju Warrier’s best performance after her comeback
It was Mammootty who lifted the esteem of Malayalam film industry in Tamil Nadu
To Top