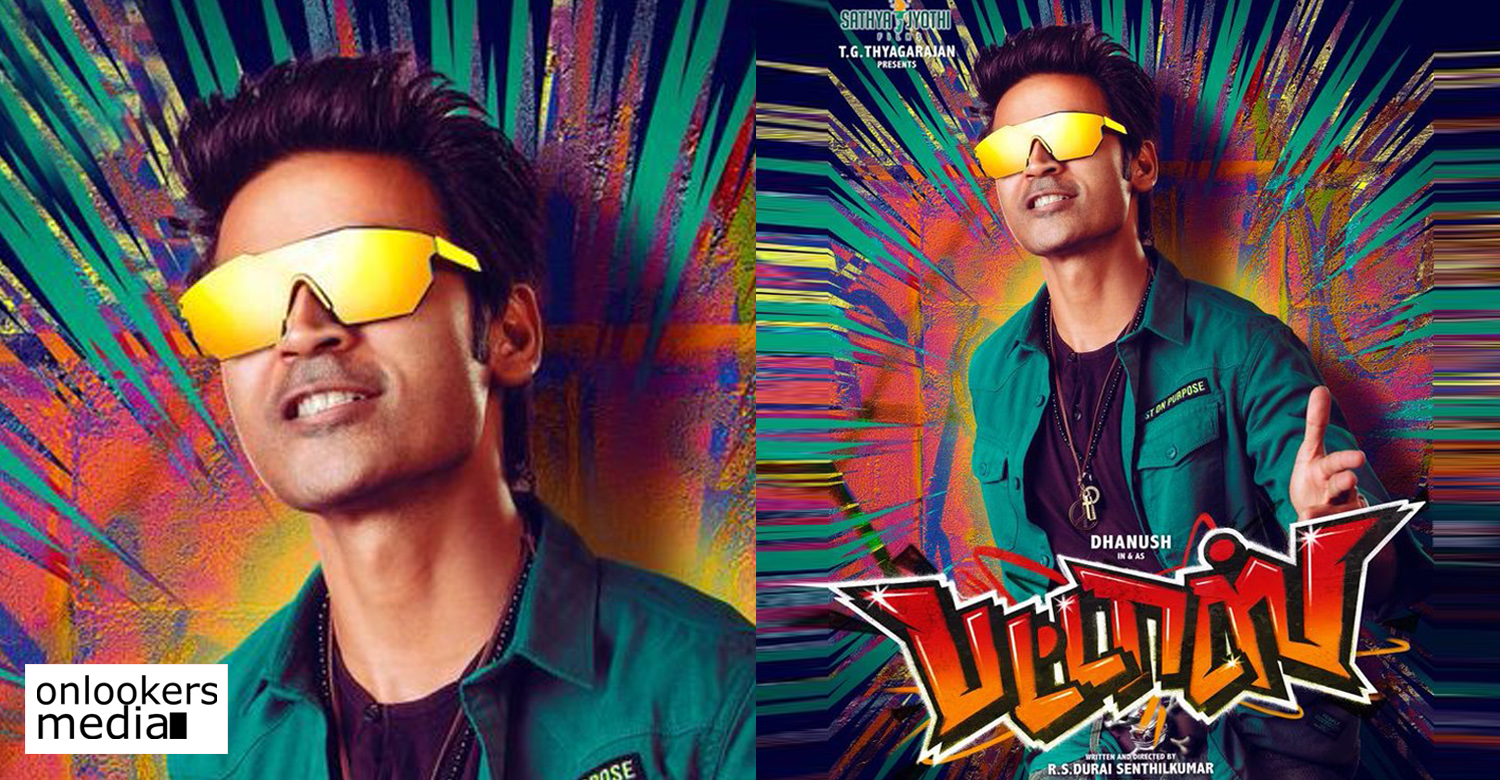 Last day, on the occasion of Dhanush’s poster, the first look poster of his new movie ‘Pattasu’ was released. The poster features a stylish looking Dhanush and he looks young as ever. Interestingly, the ‘Ilaya Superstar’ title which was bestowed on Dhanush in the first look announcement poster has been removed in the original first look after it lead to contrasting responses online. ‘Pattasu’ is directed by RS Durai Senthil Kumar, with whom Dhanush has previously worked in ‘Kodi’. He had also produced the director’s debut film ‘Ethir Neechal’, which had Sivakarthikeyan in the lead. ‘Pattasu’ has Sneha and Mehreen Pirzada as the female leads. It is Sneha’s second outing with Dhanush after the 2006 cult film ‘Puthupettai’.

The movie has music composed by the talented Vivek-Merwin duo and cinematography by Om Prakash. Sendhil Thyagarajan and Arjun Thyagarajan are jointly producing the movie under the banner of Sathya Jyothi Films. Shoot is still processing and it is scheduled for a grand Diwali release in October.