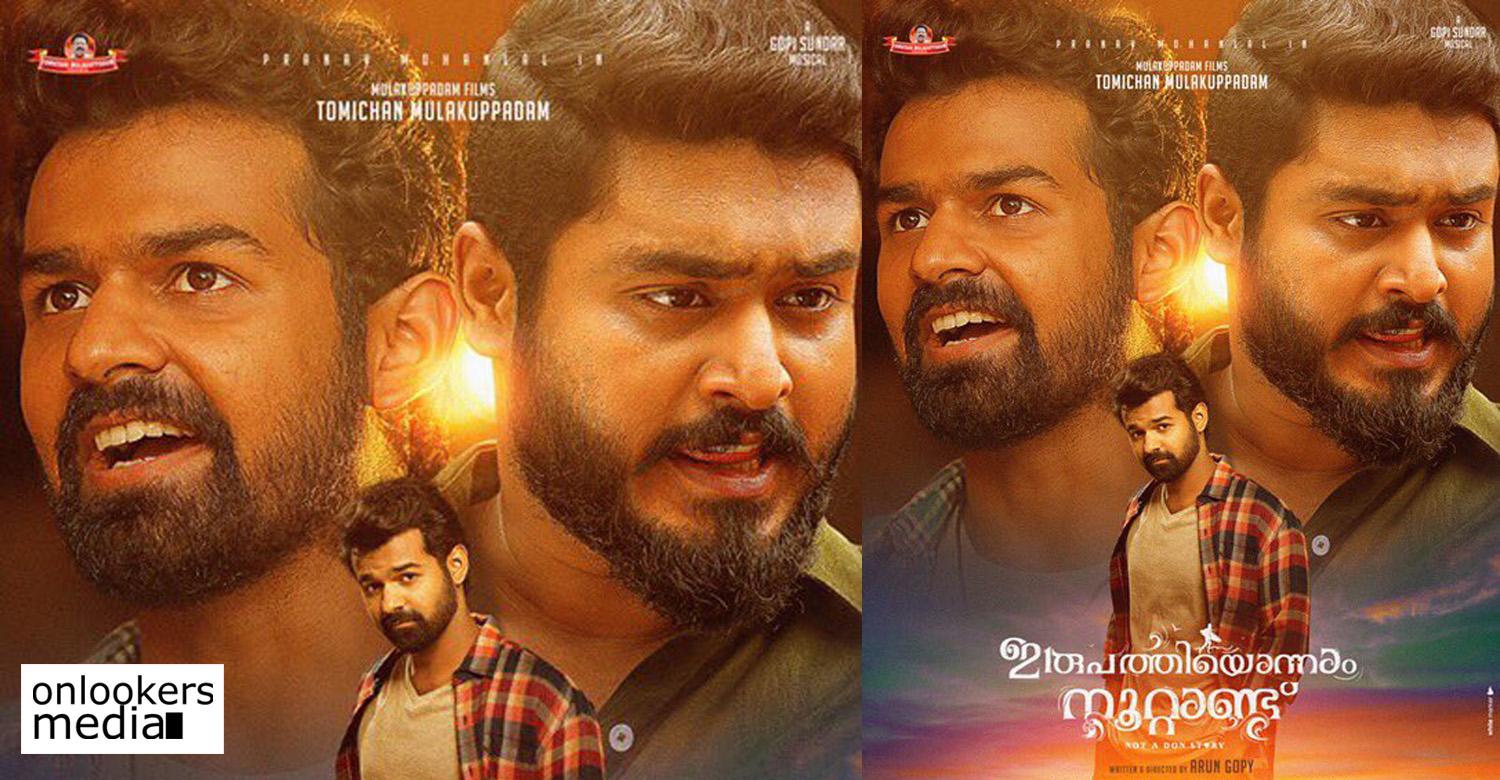 Pranav Mohanlal starrer ‘Irupathiyonnaam Noottaandu’ is one of the most awaited films in the first quarter of the year. The movie is getting ready to hit screens this month-end, during the Republic Day weekend. Written and directed by Arun Gopy, the movie is touted to be an action-packed adventure thriller. It is producer by Tomichan Mulakupadam under his banner Mulakupadam Films.

Earlier, there were reports about Gokul Suresh also playing a crucial role in the movie alongside Pranav. The makers have now confirmed the same by releasing a poster featuring the two young actors. Gokul apparently plays a brief cameo role in the movie. Though their fathers — Mohanlal and Suresh Gopi — have acted together numerous times in the past, this is the first time the two star kids will be sharing screen space.