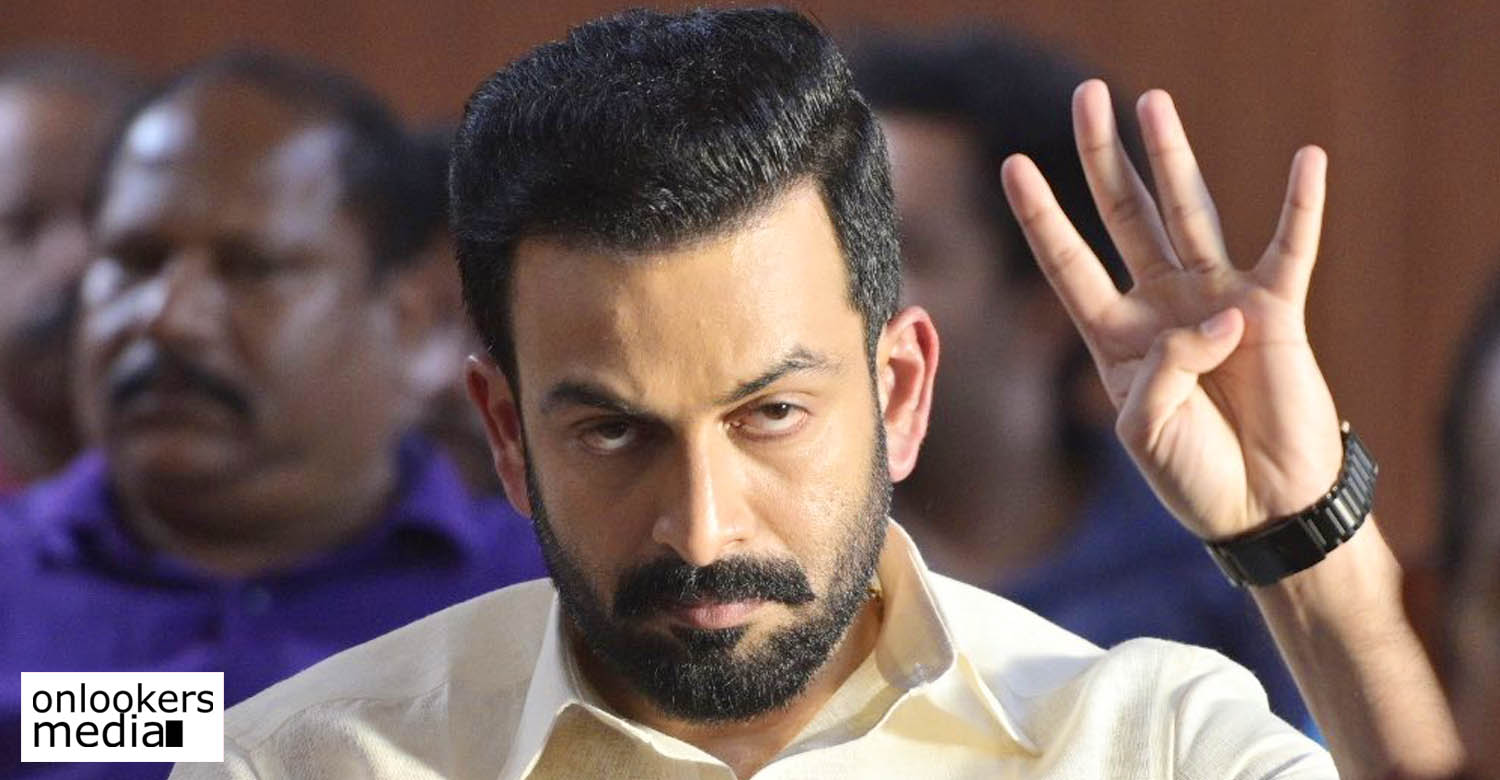 As reported earlier by us, Prithviraj Sukumaran, Asif Ali, Manju Warrier and Anna Ben are coming together for a new film titled ‘Kaapa’. Shaji Kailas is directing the film, which started rolling earlier this week. Scripted by novelist Indugopan based on one his stories, this project is backed by the Writers Union.

‘Kaapa’ is an action thriller centered around gangsters in Thiruvananthapuram city. The title Kaapa refers to KAAPA, the Kerala Anti-Social Activities (Prevention) Act, also known as the Goonda Act. The film has Prithviraj playing a gangster named Kotta Madhu. The actor recently took to his social media handle to share his look in the film. From the look of things, it seems to be a lager-than-life role.

‘Kaapa’ also has Dileesh Pothan, Nandhu and Jagadish as part of the supporting cast. It has Jomon T John as the cinematographer and Shameer Muhammed as the editor. More details regarding the project are awaited.