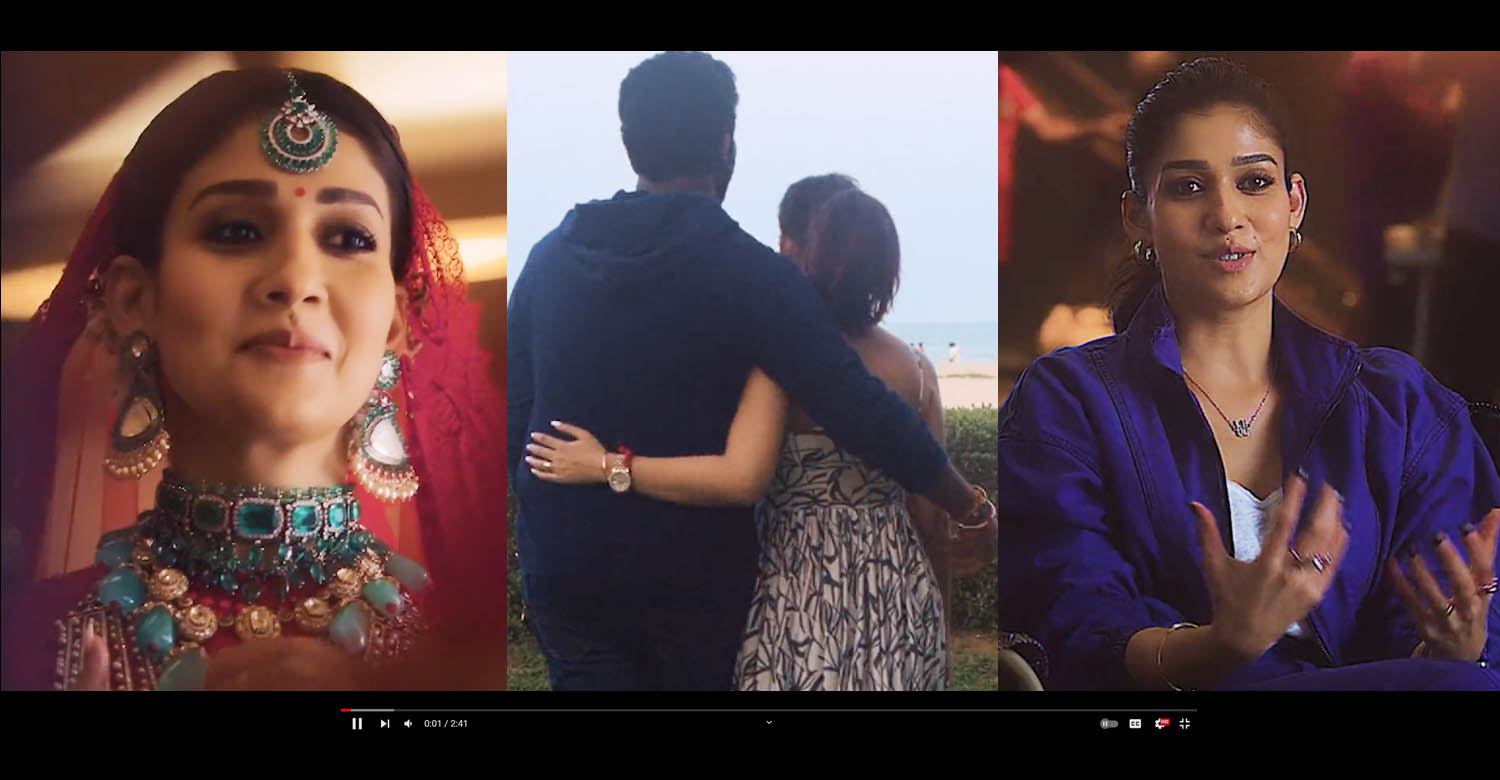 Here’s the promo of Netflix’s Nayanthara: Beyond the Fairytale

We had earlier confirmed that Netflix is making a documentary on Nayanthara’s journey that lead to her wedding with filmmaker Vignesh Shivan. It has been titled as ‘Nayanthara: Beyond the Fairytale’ and its promo video is out. Gautham Menon has directed the project for Netflix. The promo video features snippets of Nayanthara thanking everyone for the love and Vignesh Shivan talking about his adulation for his wife.

The couple got married in a posh resort in Chennai on June 9. It was an intimate wedding with only their close friends and select guests attending. Shah Rukh Khan, Rajinikanth, AR Rahman, Suriya and Jyotika were some of the big names who attended the wedding.

Cue the malems cos we're ready to dance in excitement💃
Nayanthara: Beyond the Fairytale is coming soon to Netflix! pic.twitter.com/JeupZBy9eG

Nayanthara and Vignesh Shivan first collaborated for ‘Naanum Rowdy Dhaan’, which was the latter’s sophomore directorial. They most recently worked together in ‘Kaathuvaakula Rendu Kaadhal’, also starring Vijay Sethupathi and Samantha.

Currently, Vignesh Shivan is prepping up for his next with Ajith. Nayanthara’s upcoming slate includes projects in Tamil, Malayalam, Hindi and Telugu. She is making her Bollywood debut with ‘Jawan’, co-starring Shah Rukh Khan and directed by Atlee.

She will also be seen in a prominent role in Chiranjeevi’s ‘Godfather’. In Tamil, the actress has ‘Connect’ directed by Ashwin Saravanan and a new film with Jayam Ravi. She is also the femald lead in the Prithviraj-Alphonse Puthren film, ‘Gold’.