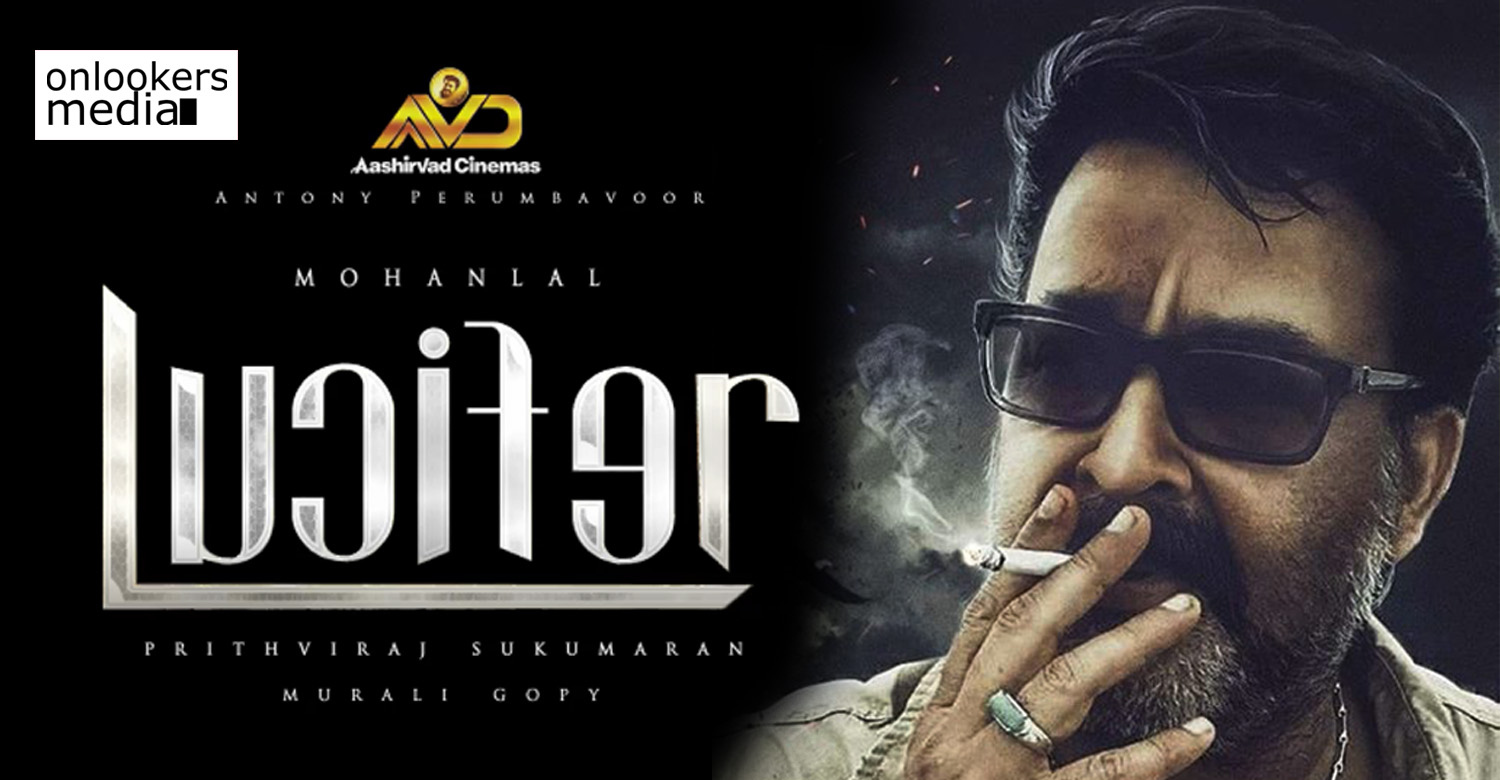 The much talked about Mohanlal starrer Lucifer is slated to go on floors from July this year. Young star Prithviraj is making his directorial debut with this movie scripted by Murali Gopy. Antony Perumbavoor is producing the movie under the banner of Aashirvad Cinemas. The makers released a one-minute long video unveiling the title font on Tuesday morning in social medias.

Lucifer is perhaps the most hyped project in recent times. The fact that two of Malayalam cinema’s biggest stars are teaming up for the first time itself triggers massive expectations. More details regarding its cast or crew are not yet known. Latest buzz is that Manju Warrier has been approached as the female lead but an official word regarding this has not yet been made.

According to the makers, Lucifer will be a commercial mass entertainer pertaining to audience of all age groups. Script works have already been completed and pre-production works are currently progressing. Prithviraj has hinted that Lucifer, like all Murali Gopy scripts, will be an intense film that demands strong performances from the actors.

Prithviraj is currently shooting for his sci-fi movie 9, which also marks his maiden production venture. Mohanlal meanwhile will be flying to England for the shoot of Ranjith’s Bilathikadha. The actor has allotted around 45 days for the movie after which he will be joining the sets of Lucifer.

Reportedly, Lucifer’s shoot will be commencing on July 10 in Kochi. Trivandrum and Mumbai are said to be the other major locations.