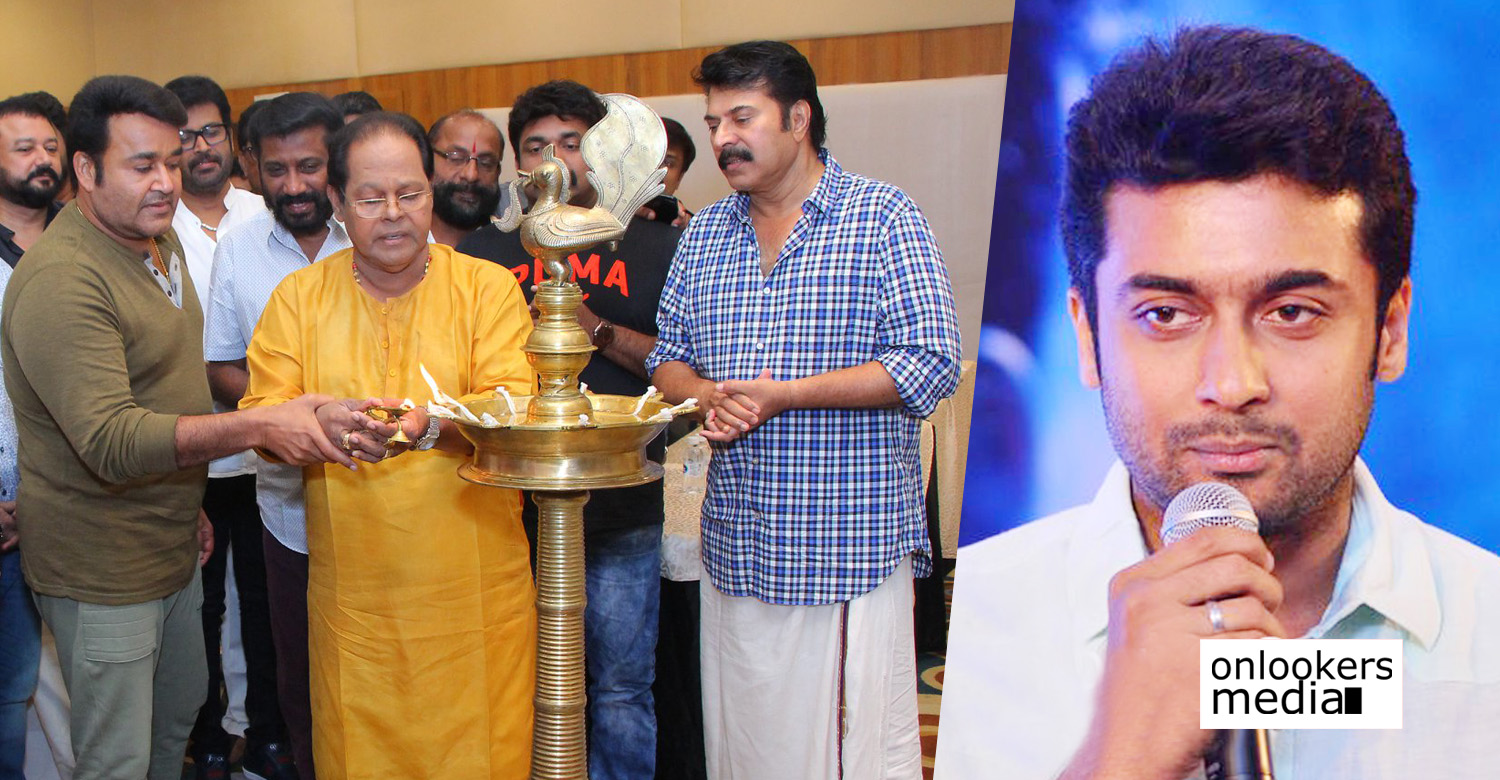 Kollywood star Suriya was recently in Kerala to attend the 25th anniversary event of the Association of Malayalam Movie Artists (AMMA) held at Trivandrum. The actor was personally invited to be the chief guests by superstars Mohanlal and Mammootty. Besides gracing the occassion with his presence, Suriya also donated a sum of Rs 10 lakhs to AMMA for their Guru Dakshana scheme, which is a pension plan for senior artists.

AMMA President and MP Innocent acknowleded Suriya’s kind gesture during the function. It is indeed a noble gesture by the actor, who has always been known for his benevolence. Suriya enjoys massive popularity in Kerala and that was evident when he attended the AMMA event. He also met his fans prior to attending the function in Trivandrum.

While speaking at the event Suriya was all praise for the Malayalam industry and its two superstars – Mohanlal and Mammootty. He also expressed his admiration for the quality of movies that are being made in Malayalam cinema. He even went on to call Mollywood as the best film industry in India. Suriya also thanked the Kerala government for the good hospitality and facilities offered to Tamil students who had visited Kerala to attend the NEET exams.