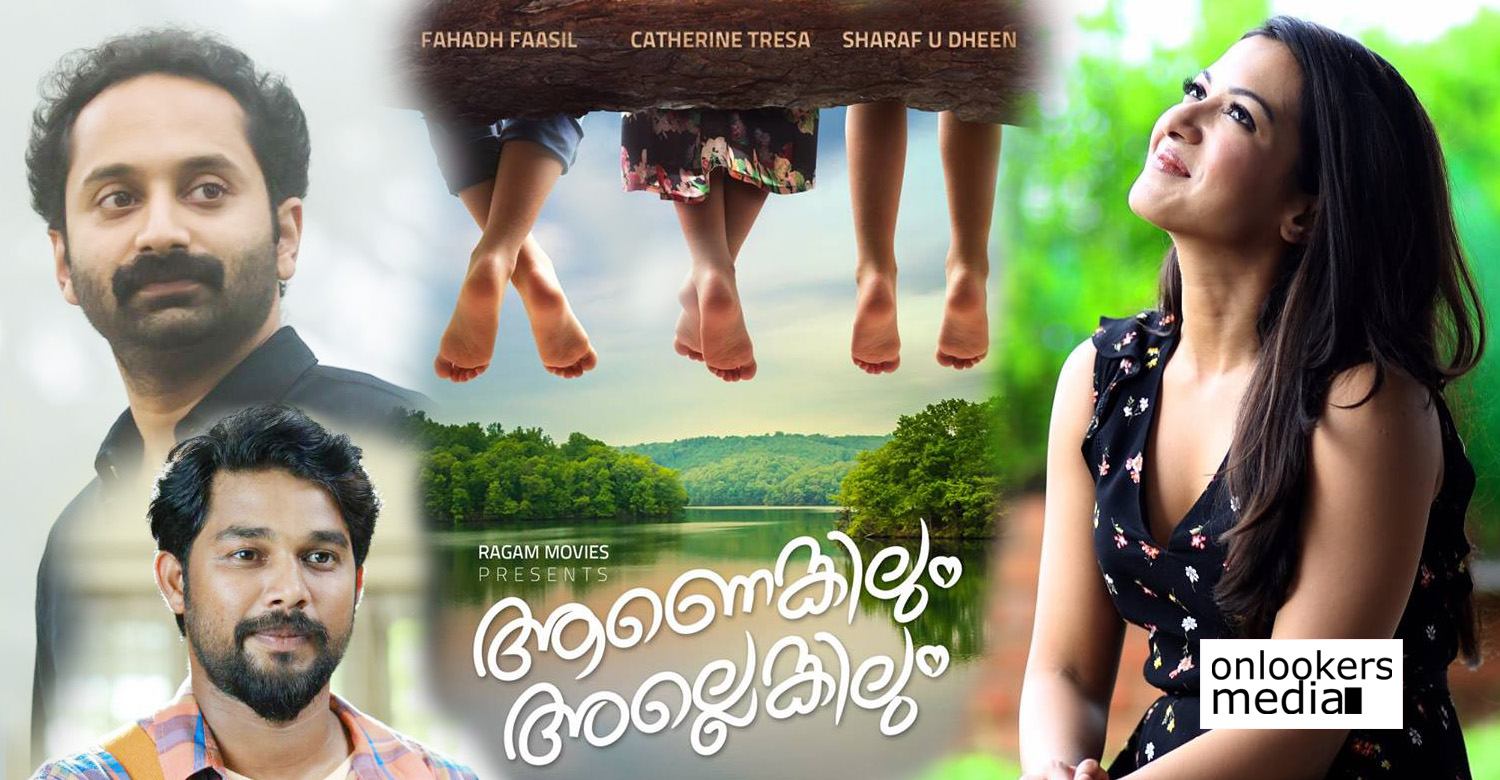 It has been over an year since a movie titled ‘Aanenkilum Allenkilum’ has been announced. Fahadh Faasil and Sunny Wayne were supposed to play the lead roles in the movie to be directed by debutant Vivek. After a year, the project has now been revived and is all set to go on floors tomorrow (May 9). Sunny Wayne who is currently busy with the shoot of Kayamkulam Kochunni has been replaced by Sharafudheen.

Official title poster of Aanenkilum Allenkilum was unveiled last day through Fahadh Faasil’s social media handle. The movie has Catherine Teresa of ‘Madras’ fame playing Fahadh’s pair. Though Catherine started her acting career with the Prithviraj starrer Thriller, it was her performance in the Tamil movie Madras that made her popular.

Aanenkilum Allenkilum marks Catherine’s return to Malayalam after a long gap of eight years. In her comeback film, she will be seen in the role of a simple village belle. Director Vivek himself has written the story while screenplay is jointly penned by Vivek, Arun AR and Ajai Rahul. The movie is said to be a fun entertainer which will be shot in Bangalore, Pondicherry and Kootickal.

Fahadh Faasil and Sharafudheen, who have acted together in Role Models and Carbon, will be playing close buddies in this upcoming movie as well. Renji Panicker, Dharmajan Bolgatty, Alencier Ley Lopez and Thesni Khan are also part of the supporting cast. The movie’s technical team mostly comprises of youngsters. Anu Moothedath is the cinematographer and debutant PS Jayhari is the composer. ‘The Great Father’ fame Noufal Abdullah will be handling the edits.