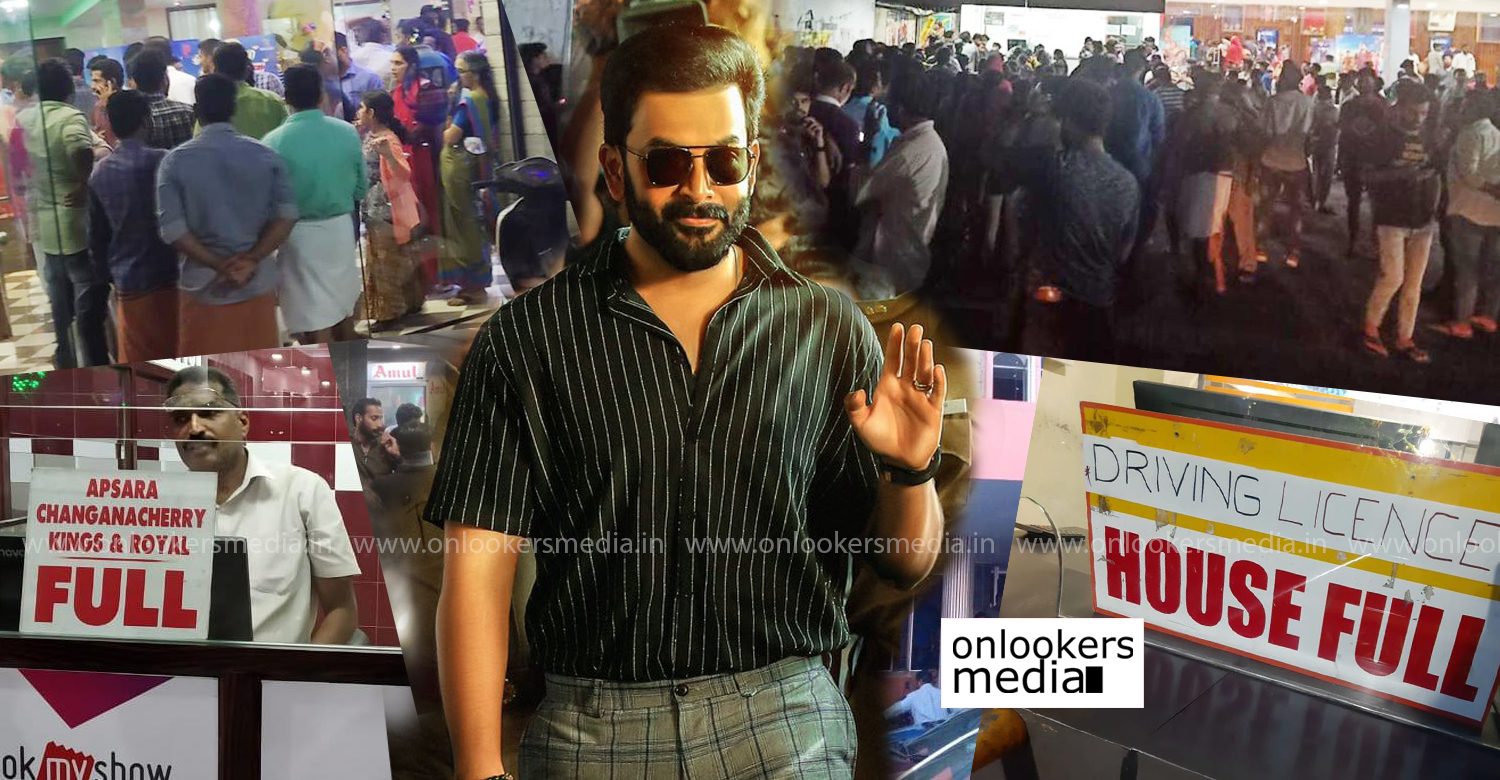 Housefull shows all over Kerala for Driving Licence

‘Driving Licence’ directed by Jean Paul Lal hit screens last Friday (December 20). The film scripted by Sachy has Prithviraj Sukumaran and Suraj Venjaramoodu in the lead roles. It has opened to unanimously positive response. Critic reviews have also been encouraging with special mention for the performance of its two lead actors. The film has been given a clean chit as a proper entertainer. As the holidays have begun, theatres screening ‘Driving Licence’ are running to packed houses.

The film has a very interesting storyline. It is primarily centred around two individuals – Hareendran, a film star and Kuruvilla, his ardent fan, who is a motor vehicle inspector. As circumstances turn out, the two lock horns and they constantly try to outsmart each other. It is the clash of ego between the two that form the film’s crux.

Both Prithviraj and Suraj have delivered excellent performances in the film. Deepti Sati, Miya George, Nandu, Suresh Krishna, Lalu Alex, Saiju Kurup, Major Ravi and Shivaji Guruvayoor appear in supporting roles. With the initial response coming across as highly encouraging, ‘Driving Licence’ is likely to emerge as the Christmas winner. The film is certain to have a long run at the Kerala box office.

Anaswara Rajan showers praise on Manju Warrrier’s performance in Prathi Poovankozhi
Lucifer is the highest grossing Indian film of 2019 in UAE and GCC!
To Top