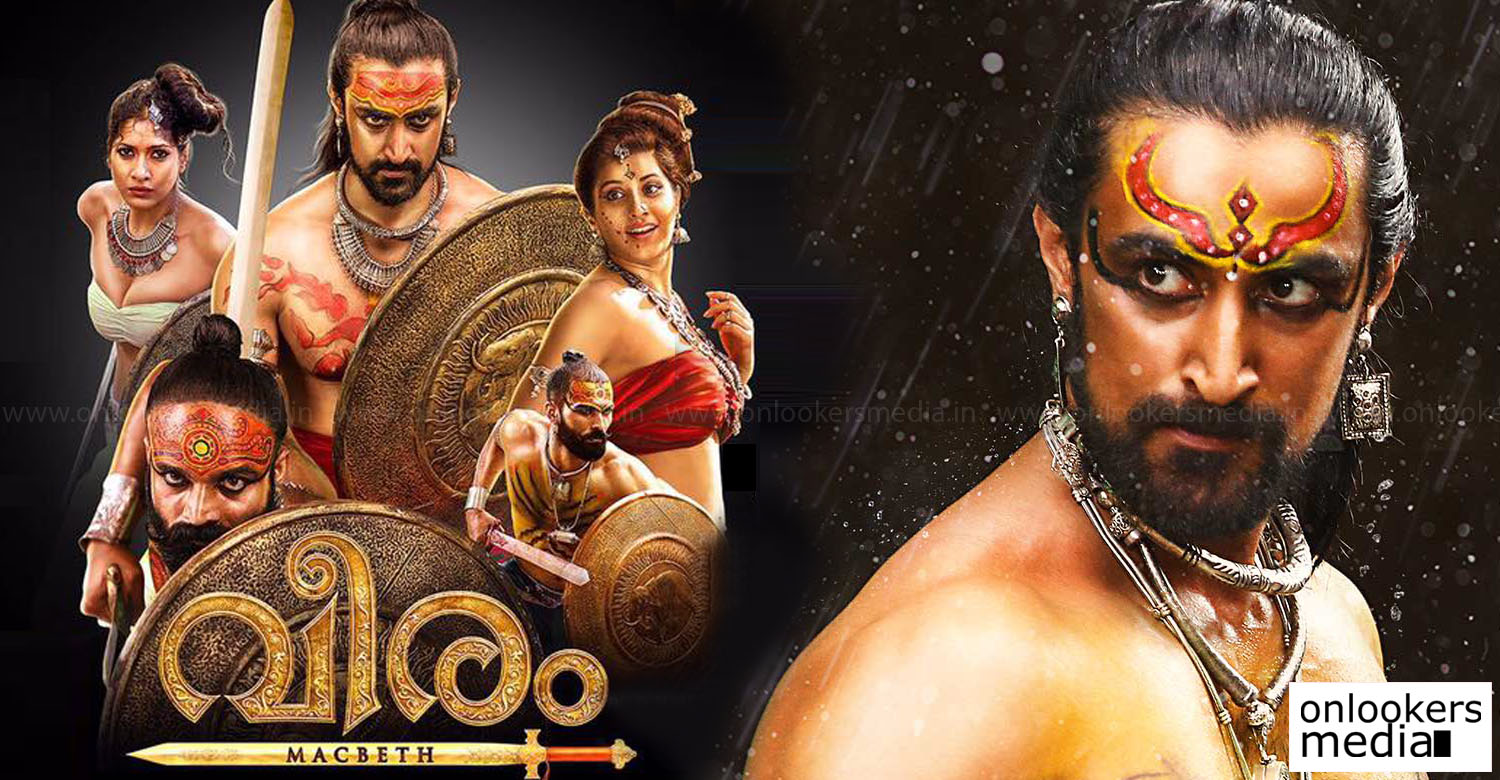 Huge release for Veeram outside Kerala

The much talked about epic historic drama Veeram hit screens in Kerala yesterday. The movie directed by national award winner Jayaraj is the adaptation of William Shakespeare’s Macbeth. The film is based on the Vadakkan Pattukal from the North Malabar region. Bollywood actor Kunal Kapoor has played the role of Chandu Chekavar, a warrior in the movie.

Critics have appreciated the director’s vision to conceive the movie in such a big canvas. Though the plot is familiar to Malayali audience, it’s the treatment and way of presentation that has worked well for the movie.

Veeram was made as a multilingual in Malayalam, Hindi and English. Producer of the movie while talking to Onlookers Media has informed that Veeram will have a huge release outside Kerala.

Earlier, Bollywood superstars Amitabh Bachchan, Aamir Khan, Hrithik Roshan and Abhishek Bachchan shared the promos of the movie and appreciated Kunal’s hardwork. Kunal Kapoor is a popular actor and the impressive promos have made people take notice of Veeram. It is probably the first time that a Malayalam movie is eagerly awaited by the North Indian audience. According to the producer, Veeram will have a massive release in the North Indian centres.

Top notch technical values are the major highlight of the movie. Veteran cinematographer S Kumar has cranked the camera while Appu N Bhattathiri handled the edits. Allan Poppleton, who has worked in Hollywood films like Lord of the Rings and Avatar has choreographed the stunts in the movie.

Award winning composer Jeff Rona, who was an associate of the legendary Hans Zimmer, is handling the music department. Oscar and Emmy award winning make-up artist Trefor Proud is also part of the technical team of Veeram.