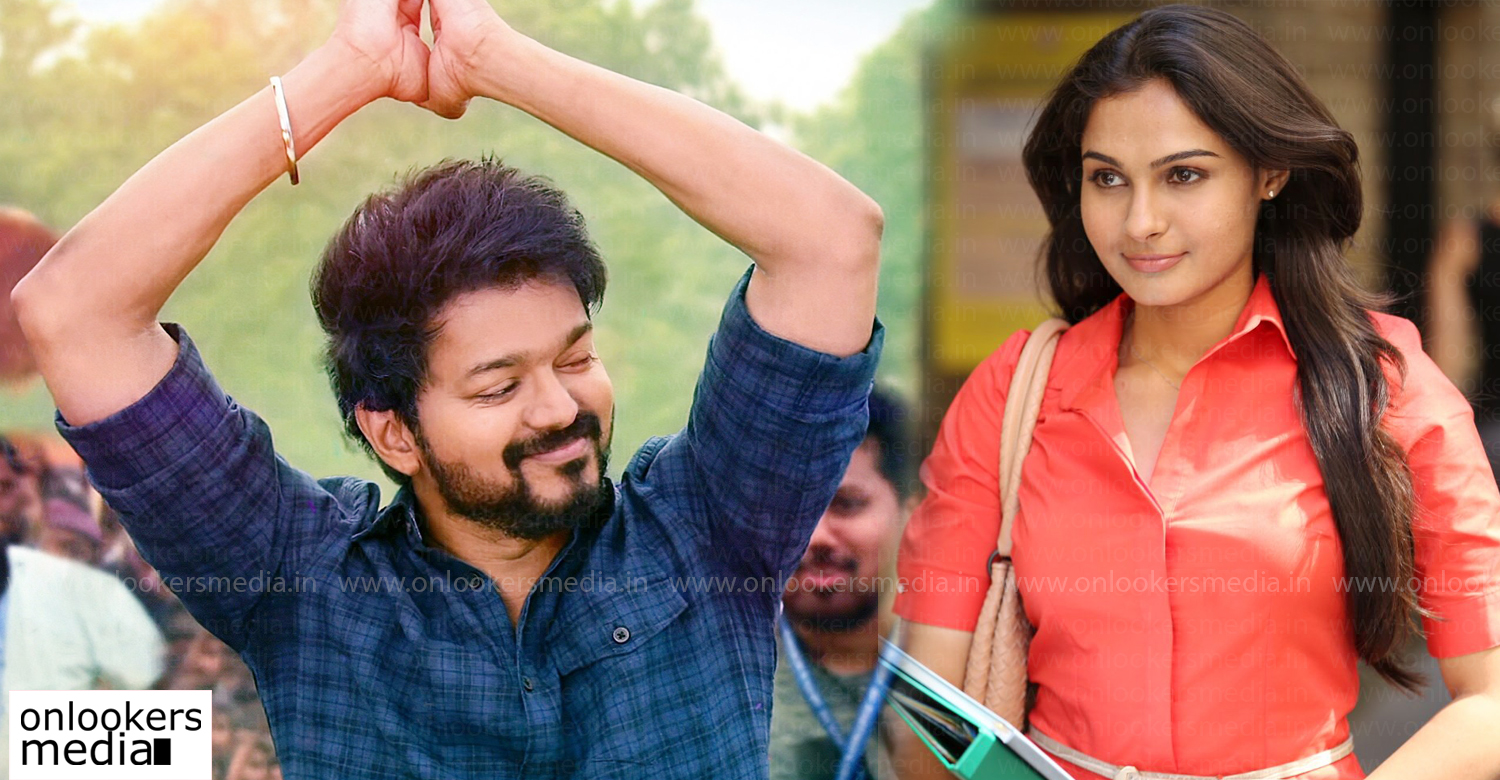 I’ve become a big fan of Vijay after working with him in Master: Andrea Jeremiah

Vijay’s ‘Master’ is eagerly awaited for many reasons and one among them is the star-studded cast. Vijay Sethupathi, Andrea Jeremiah, Arjun Das, Malavika Mohanan, Gouri Kishan, Shanthanu Bhagyaraj and many others are part of the film. This is the first time all the above mentioned actors are working with Vijay and that further adds to the freshness factor.

While Vijay plays the role of a college professor, Vijay Sethupathi will be seen as a gangster in the film. Andrea Jeremiah is also essaying a very crucial character but the makers have been tight-lipped about the nature of her role. It is said that she is playing an action-oriented role.

In a recent interview, Andrea admitted that she has become a huge fan of Vijay after working with him in ‘Master’. She also added that she did the film for her fans who have constantly been asking about when she’ll be doing a film with Vijay.

‘Master’ was supposed to hit screens in April but due to the Covid-19 outbreak, the release plans had to be dropped. Currently, the team is busy with the final set of post-production works. The film will be releasing only after things return back to normalcy.

Trisha picks her choice of three best Indian actors!
Suresh Gopi as Kaduvakkunnel Kuruvachan in his next!
To Top