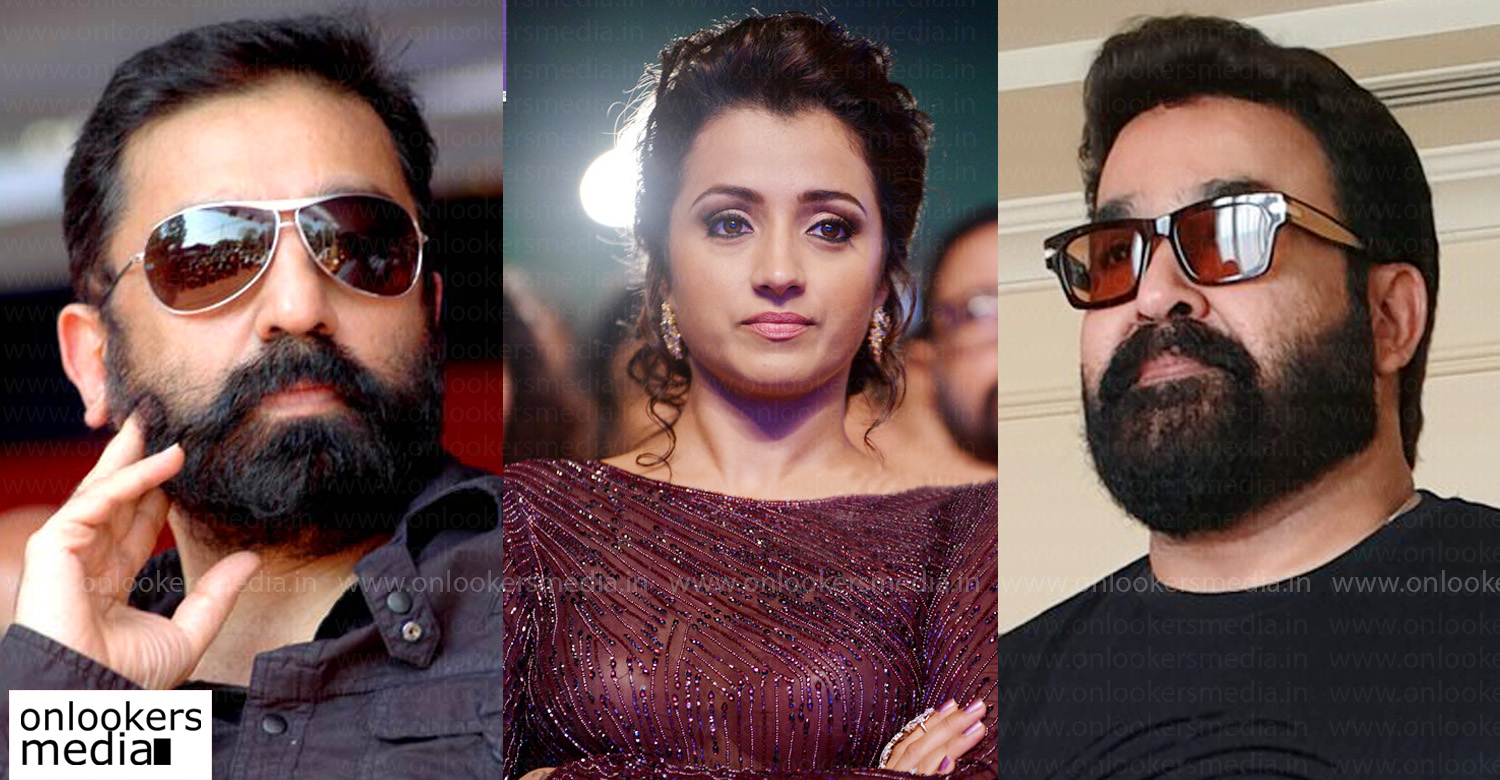 Since its lockdown period, celebrities are more into social medias these days as they find new ways to kill time. Actress Trisha, who has been very active in cyber space of late, recently had a Q&A session with her followers in Instagram. She was asked multiple questions ranging from her favorite music to TV shows to her journey in cinema so far. Trisha was sportive enough to answer all the questions in a typical fun manner.

When one of her followers asked her to pick her choice of three best Indian actors, Trisha promptly replied the names of Mohanlal, Aamir Khan and Kamal Haasan. It must be noted that except for Aamir Khan, Trisha has worked with both the other superstars.

Trisha first shared screen space with Kamal Haasan in ‘Manmadan Ambu’ and later in ‘Thoongaa Vanam’. With Mohanlal, she was working till recently in ‘Ram’, her second Malayalam film. Directed by Jeethu Joseph, the film reportedly has her playing a doctor’s role. Shoot for the film has currently been stalled due to the lockdown. Prior to shoot, during the film’s launch event, Trisha had even admitted that it is a dream come true moment to work with Mohanlal.

Official: Amitabh Bachchan-Ayushmann Khurrana starrer Gulabo Sitabo to have a direct release on Amazon Prime
I’ve become a big fan of Vijay after working with him in Master: Andrea Jeremiah
To Top