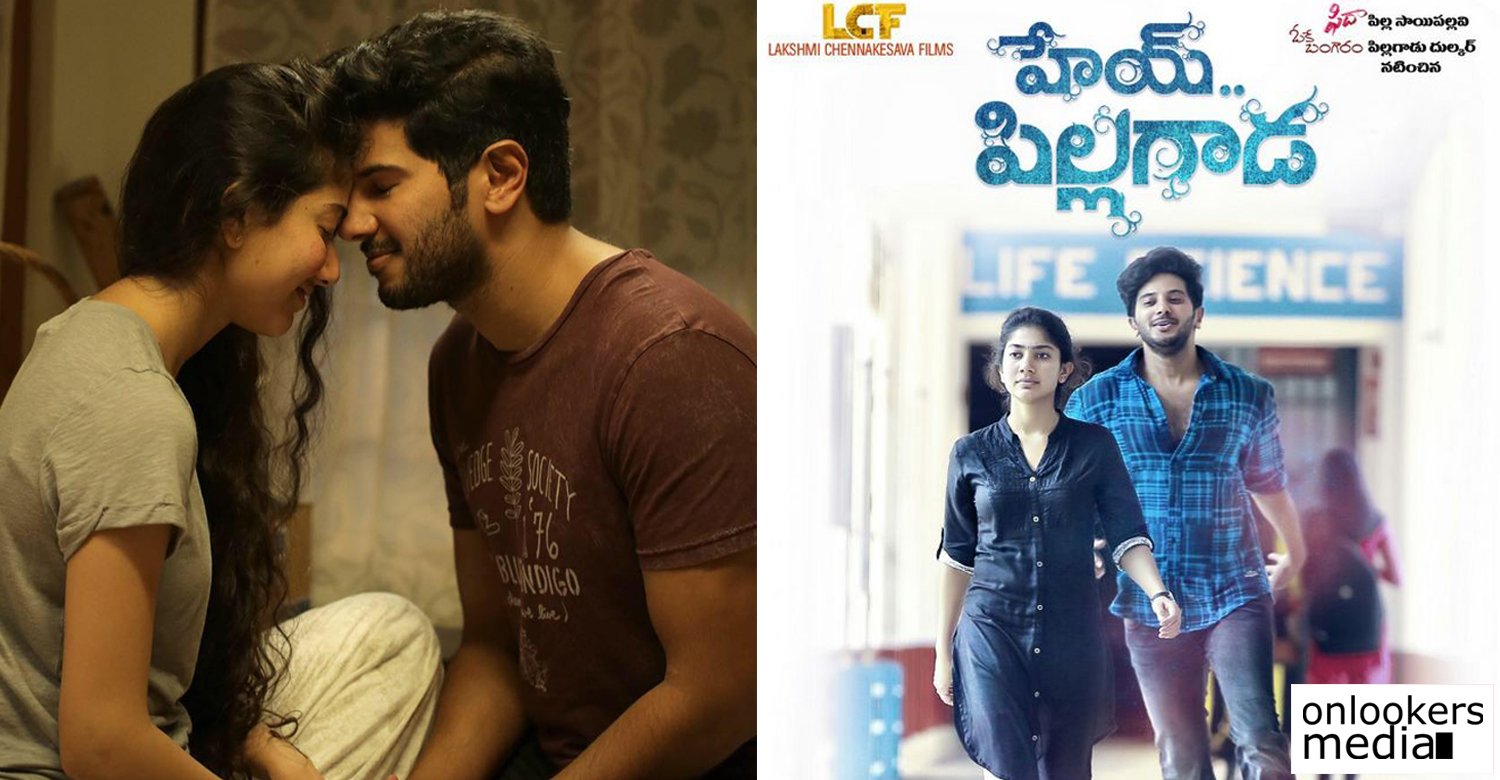 Malayali star Dulquer Salmaan is foraying to Telugu with Mahanati, the biopic of legendary actress Savitri. It is his first straight Telugu film though he has had a few dubbed releases. He is playing the role of the late Gemini Ganesan in this movie which also stars Keerthy Suresh and Samantha Ruth Prabhu in major roles. This Nag Ashwin directorial is a highly anticipated film in the Telugu industry.

But before Mahanati, Dulquer will have another release in Tollywood. His hit Malayalam movie Kali is being dubbed and released in Telugu as Hey Pillagada. The movie is slated to hit screens in the Telugu states on November 24. A decent opening is expected as both Dulquer and Sai Pallavi are popular among the Telugu audience.

Kali, directed by Sameer Thahir had Dulquer and Sai Pallavi in the lead roles. Released in 2016, Kali was a commercially successful film. Dulquer plays Sidharth, a quick tempered banker in the movie. His anger issues land him and his wife Anjali in trouble during a car journey through a remote area.