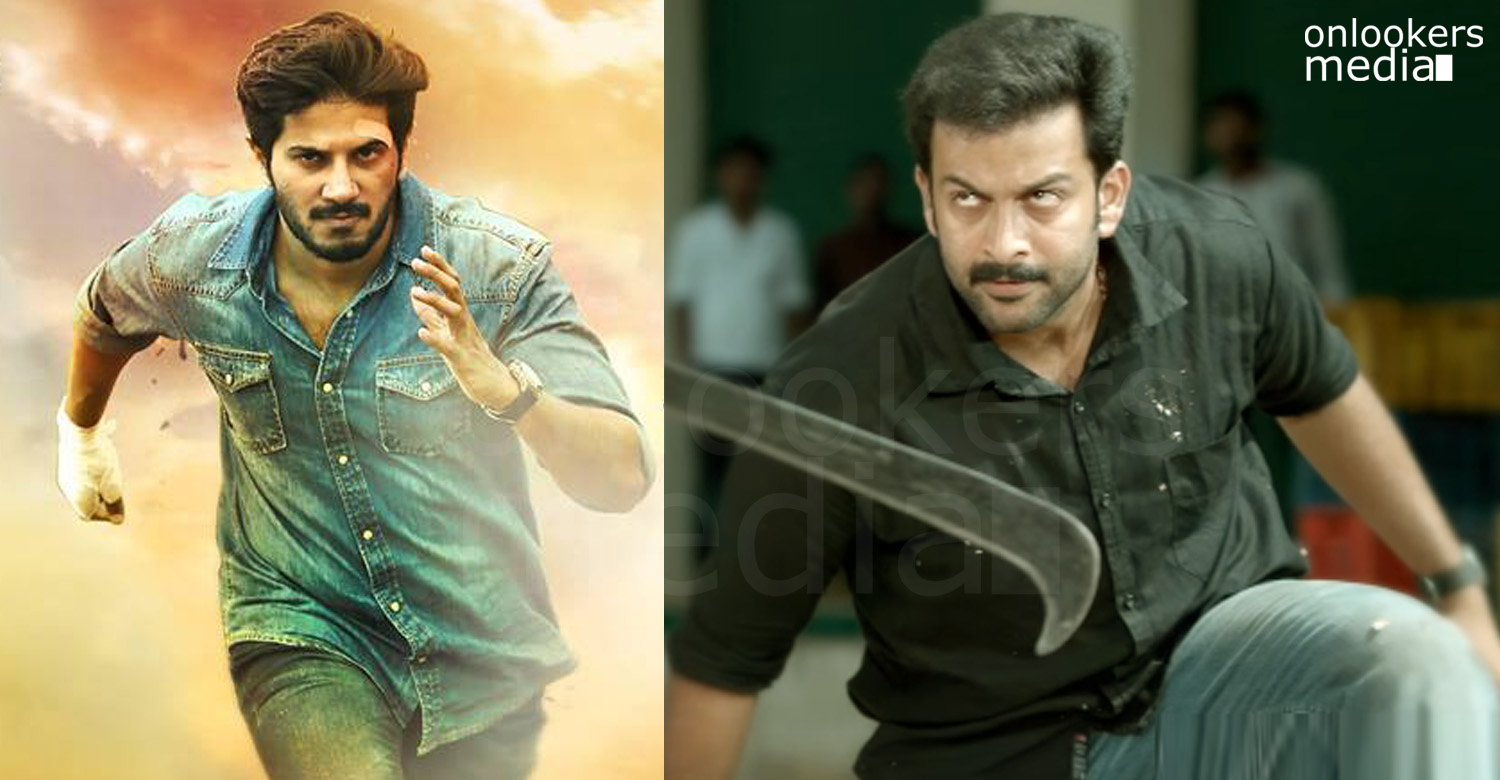 Kali, the next week Mollywood release directed by Sameer Thahir and starred by Dulquer Salmaan, had already started breaking records. The trailer of the film had released yesterday and within hours, it had surpassed the trailer views and trailer likes set by Prithviraj’s Darvinte Parinamam trailer, which had released 5 days back. Darvinte Parinamam will release on this coming Friday and it is directed by Jijo Antony. It is also the production venture from Prithviraj’s August Cinemas.

Darvinte Parinamam now has almost 2 lakhs 75 thousand trailer views and near 2800 likes. But it released 5 days back. Kali trailer which released yesterday had break this in hours as Kali trailer now has more than 3 lakh 16 thousand views and more than 6 thousand likes in YouTube. It was Dulquer Salmaan starrer Charlie, which had made the record of most viewed Malayalam cinema trailer and now everybody looking forward to Kali as some believe that Charlie record can be broken by Kali trailer.

Kali trailer is missing its charm because of the mismatched dubbing and voice modulation of Sai Pallavi in addiction to  current rumours about the background score  being copied from the much acclaimed Hollywood movie The man from U.N.C.L.E . However  the popularity of both Dulquer Salmaan and Sai Pallavi had done the trick for Kali and that played a really key role in the reception its trailer had got. Kali was produced by Hand Made Films owned by Sameer Thahir, Shyju Khalid and Ashiq Usman. Their first production venture was Chandrettan Evideya which was directed by Sidharth Bharathan, starred by Dileep.

Darvinte Parinamam has Chandini Sreedharan playing the female lead and Chemban Vinod also playing a great part in this movie. In fact the title character of Darvin is played by him. Kali will hit the screens on March 26 as per reports and Darvinte Parinamam will hit the screens on March 18, as we mentioned above. Anyway the box office battle of this summer season will start from this Friday and Prithviraj, Dulquer Salmaan and Dileep will be the main contestants in this March. Dileep’s King Liar also coming on this March 27.