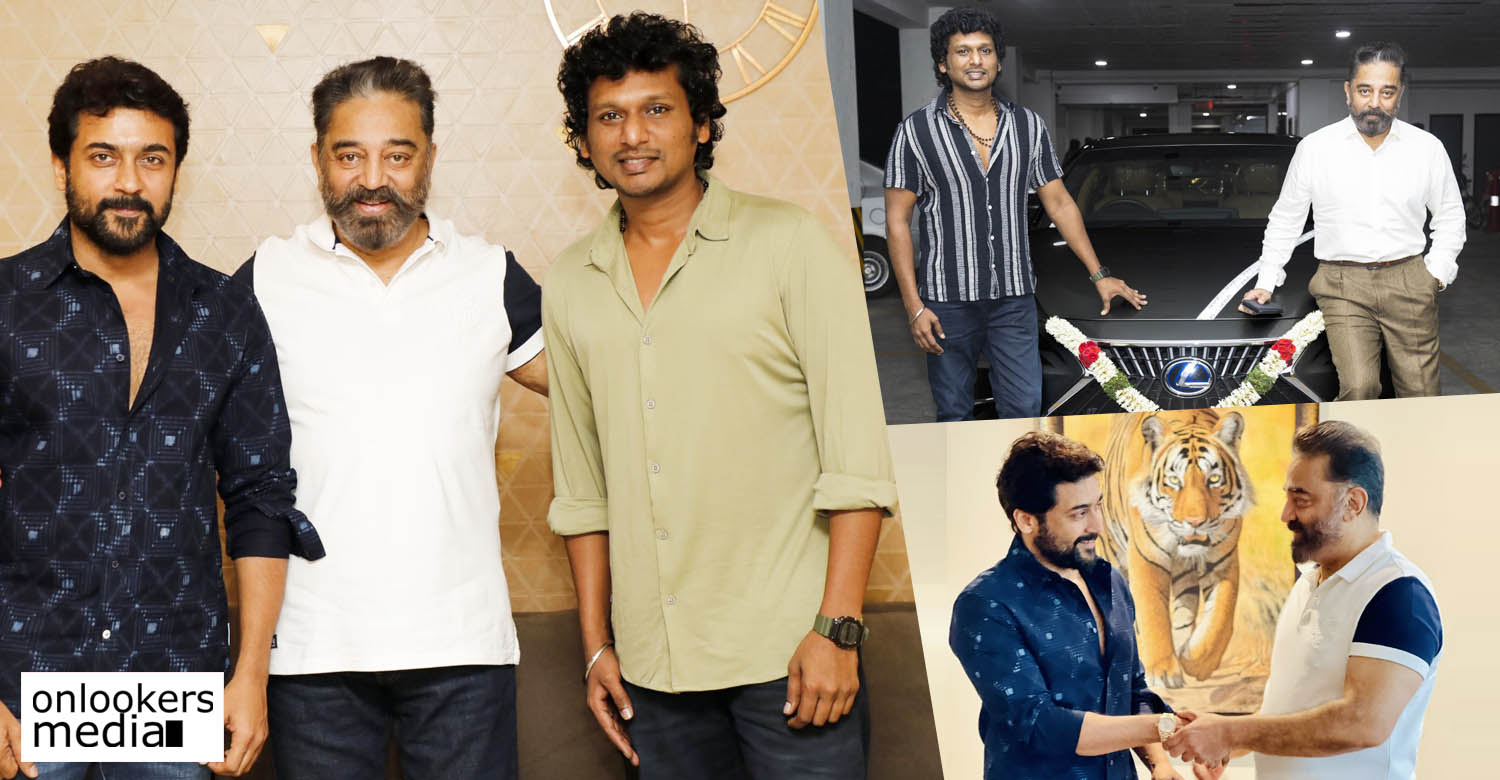 Kamal Haasan on a gifting spree for his Vikram team members

With Vikram rocking the global box office, an elated Kamal Haasan, who is also the film’s producer, is presenting expensive gifts for the team members. Director Lokesh Kanagaraj was presented with a luxurious Lexus car. His team of 13 assistant directors were also gifted a TVS Apache RTR 160 bike each.
Kamal also visited Suriya, played a cameo in Vikram, at his residence and gifted him his Rolex watch. Interestingly, Suriya’s character name in the film is also Rolex.

A moment like this makes life beautiful! Thank you Anna for your #Rolex! @ikamalhaasan pic.twitter.com/uAfAM8bVkM

Meanwhile at the box office, ‘Vikram’ has already grossed over 200 crores worldwide. Going by the talks in trade circles, it is expected to end up as one of highest grossing Tamil films ever. If the initial response is anything to go by, the film is certain to continue its terrific run for a few more weeks.

‘Vikram’ is an action-packed entertainer that also has Vijay Sethupathi and Fahadh Faasil in prominent roles. Critics and commoners have unanimously lapped up the film. It is not often that so many stars come together for a film, and it is probably the first time in Indian cinema where a multiverse concept is opened up in a mass film. All these factors have piqued the audience’s curiosity and it has reflected on the footfalls in theatres.