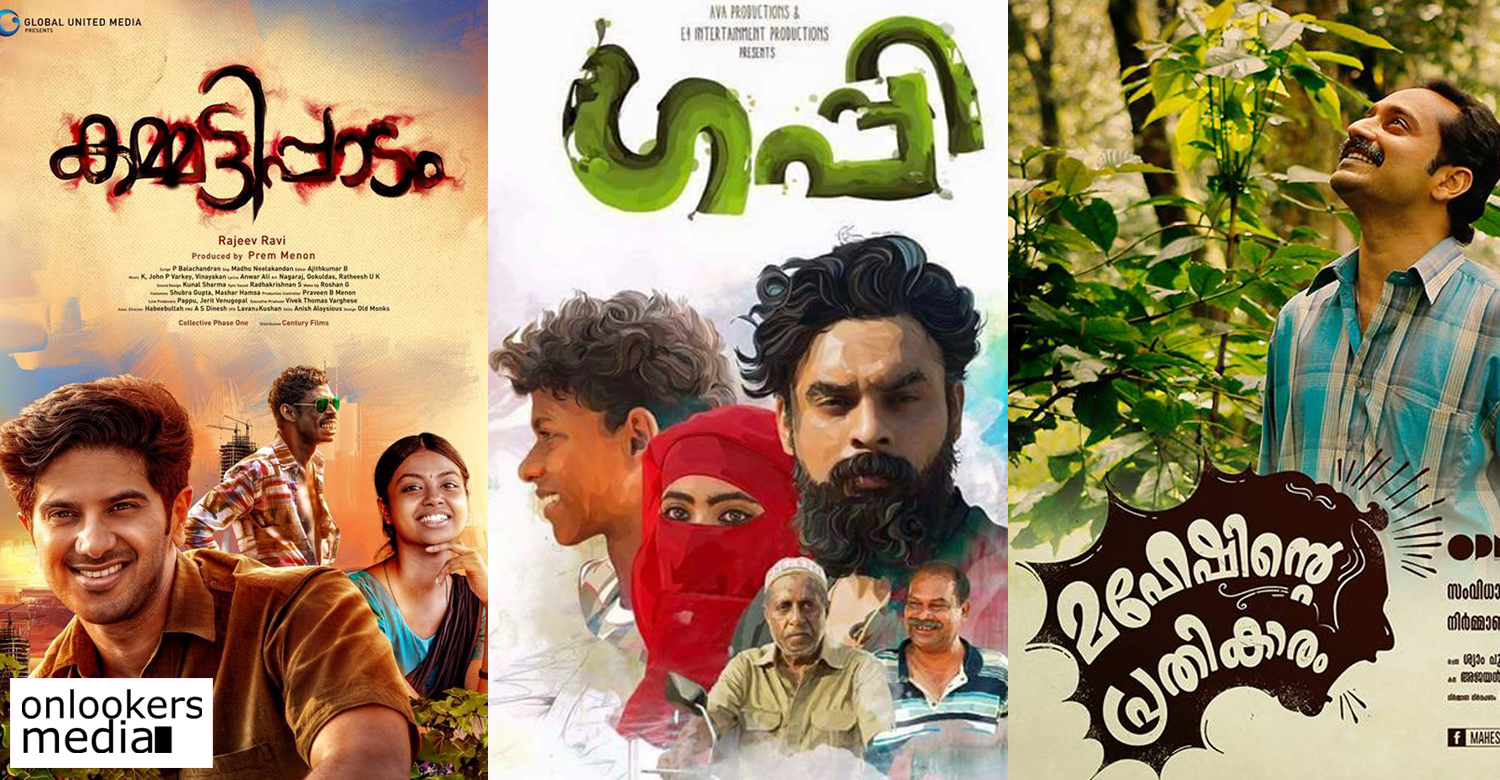 The 64th National awards will be announced by the end of March or early next month. Veteran filmmaker Priyadarshan is the chairman of the National Film Awards committee.

According to reports, around 380 films from various languages have been submitted for the awards. The regional juries will shortlist their entries from these movies.

15 movies have been submitted from Malayalam and Tamil. Ennu Ninte Moideen director RS Vimal was also part of the jury that shortlisted the Malayalam and Tamil movies. The screening of films for the regional juries was held from February till March first week.

The regional jury has reportedly recommended 10 Malayalam movies for awards in various categories. Maheshinte Prathikaram, Guppy, Kammattipadam, Kaadu Pookunna Neram, Ottayal Paatha, Pinneyum, Minnaminungu and Kambhoji are among the Malayalam movies suggested by the regional jury. Some other movies that have not had a theatrical release are also in cotention.

Rajeev Ravi’s Kammattipadam, Dileesh Pothen’s Maheshinte Prathikaram and John Paul George’s Guppy are the mainstream movies in the list. All these three movies have a huge fan following with only Guppy failing to do good business in theatres. The movie found appreciation from the audience only after the DVDs were released.

Tovino Thomas is a loving soul : Roopesh Peethambaran
My apologies if I’ve hurt anyone : Tovino Thomas
To Top