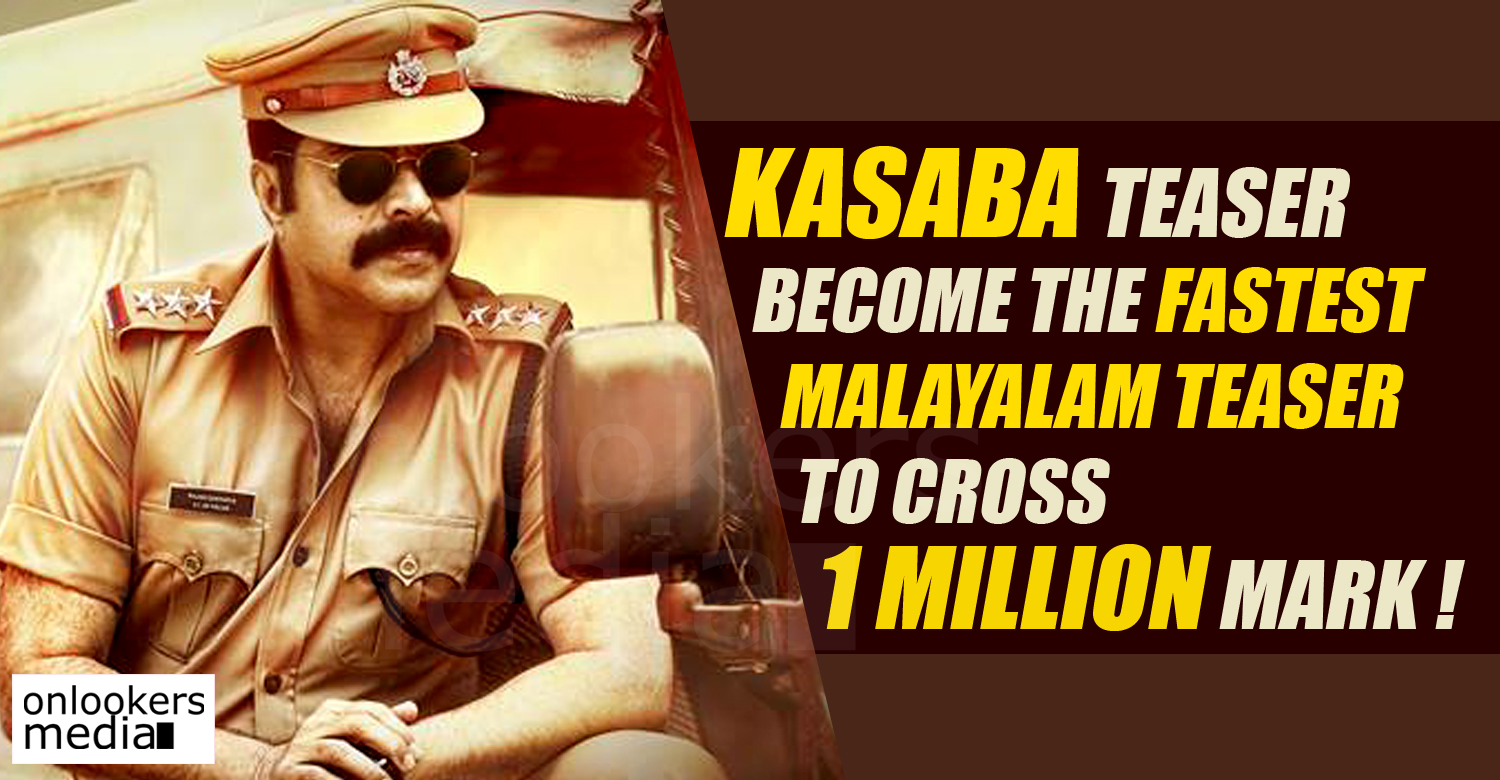 At last Kasaba has done it and done it in style too. After all the confusion that was created by verified views and estimated views in YouTube, Kasaba had created a new record in YouTube views when it comes to the teasers of Malayalam movies. Mohanlal starrer Puli Murugan’s teaser was the first ever Malayalam movie teaser to cross the prestigious 1 Million (10 Lakhs) views in YouTube. Puli Murugan teaser had took 31 days to reach to the landmark of 1 Million. But Kasaba teaser had reached that milestone in just 4 day time and thus become the fastest Malayalam Movie teaser to cross the 10 Lakh views in YouTube history. According to the trade guides, the reason for this achievement is the heavy trolls that has been received by the film right from the day when its first look poster was released. Each of its poster had received many a number of trolls from social media and it had helped the movie to be in the thick of things and get the attention of the film lovers all the time. That great attention it got through the trolls had just turned in to YouTube views and the rest is history.

Kasaba is the biggest hyped movie of Mammootty’s entire career and it is also planning as the biggest release in his career till now. With the terrific success this teaser had got, the expectation level had touched the sky and everyone hopes that Rajan Zakariah, the character played by Mammootty, will end up as one of the best in his career.