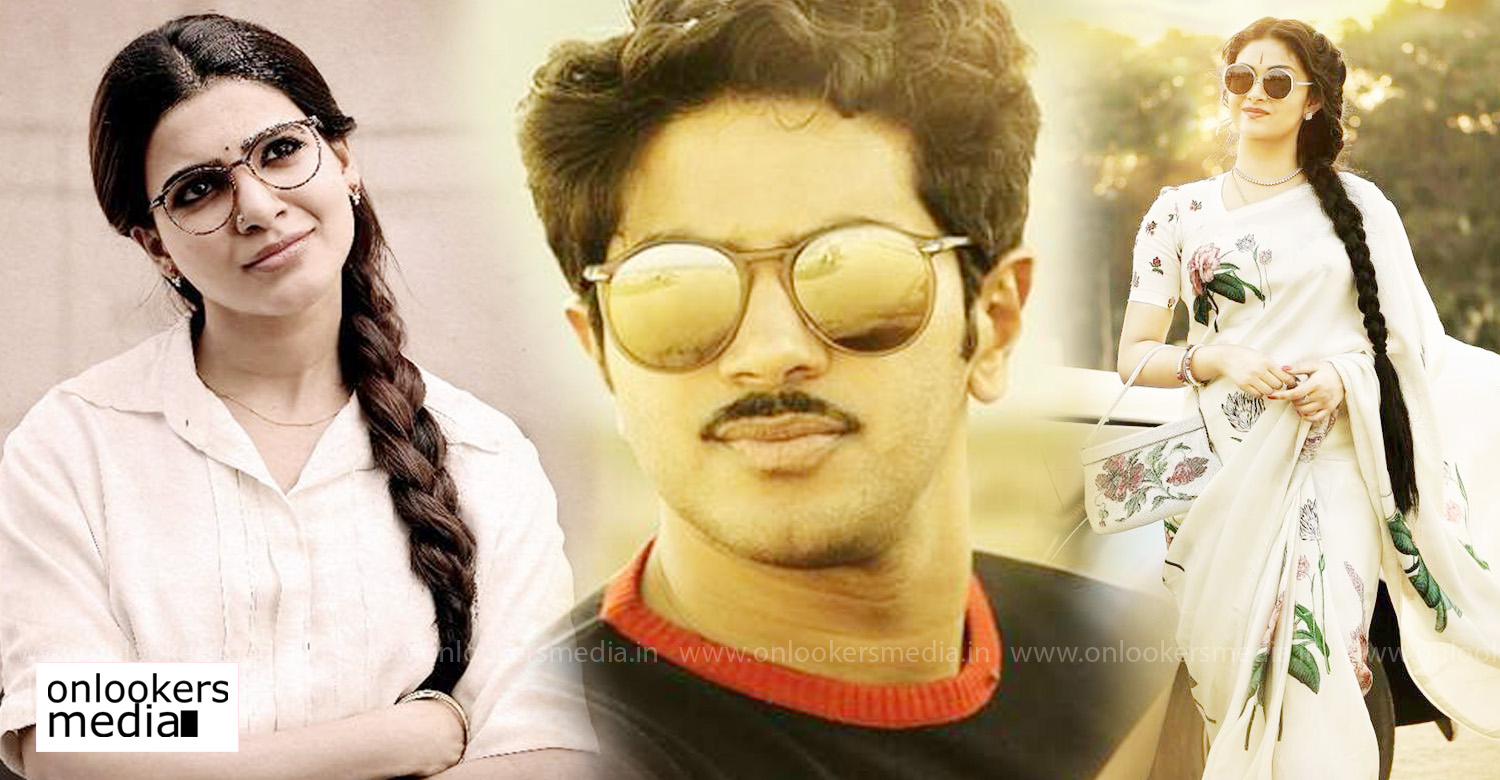 The much talked about Savitri biopic, Mahanati, is finally hitting screens tomorrow (May 9). ‘Yevade Subramaniam’ fame Nag Ashwin is directing this movie which boasts of a huge star cast. Keerthy Suresh is playing the role of Savitri while Malayalam star Dulquer Salmaan, who is making his Telugu debut, is playing late actor Gemini Ganesan in the movie. Samantha, Vijay Deverakonda, Shalini Pandey, Mohan Babu, Prakash Raj, Rajendra Prasad and Malavika Nair are part of the supporting cast.

In a recent interview attended by Samantha and Keerthy Suresh as part of promotions, both the actresses heaped praise on Dulquer for his performance in the movie. Dulquer’s character has grey shades and it was very challenging for him as the language was new to him. Still he mangaed to deliver a finely measured act while also dubbing by himself in Tamil and Telugu. Samantha added that Dulquer was the perfect choice to play Gemini Ganesan for his good looks and charisma.

Samantha and Vijay Deverakonda play journalists it the movie and their portions are set in the 80s. Mahanati’s story evolves as the two set out to piece together the story of Savithri’s life. The movie follows Savitri’s life from the 1940s to 1980s and features those films she acted with legends from the Telugu and Tamil film industry. Though the story mostly revolves around Savitri’s life, Dulquer as Gemini Ganesan is one of the principal characters in the movie. Savitri was briefly married to Gemini Ganesan and the movie will also show some lesser known details about their relationship.

The Tamil (Nadigayar Thilagam) and Malayalam (Mahanadi) versions of the movie are slated for release on May 11. It is expected to have a good opening in Kerala thanks to Dulquer, whose presence guarantees a fair run for the movie in the state. The actor has not had a release for nearly seven months now and naturally his fans are eagerly waiting for Mahanati.

Deepak Dev to compose music for Mohanlal’s Lucifer
Tovino, Gautham Menon and Vineeth Sreenivasan acted in Naam without taking any remuneration!
To Top