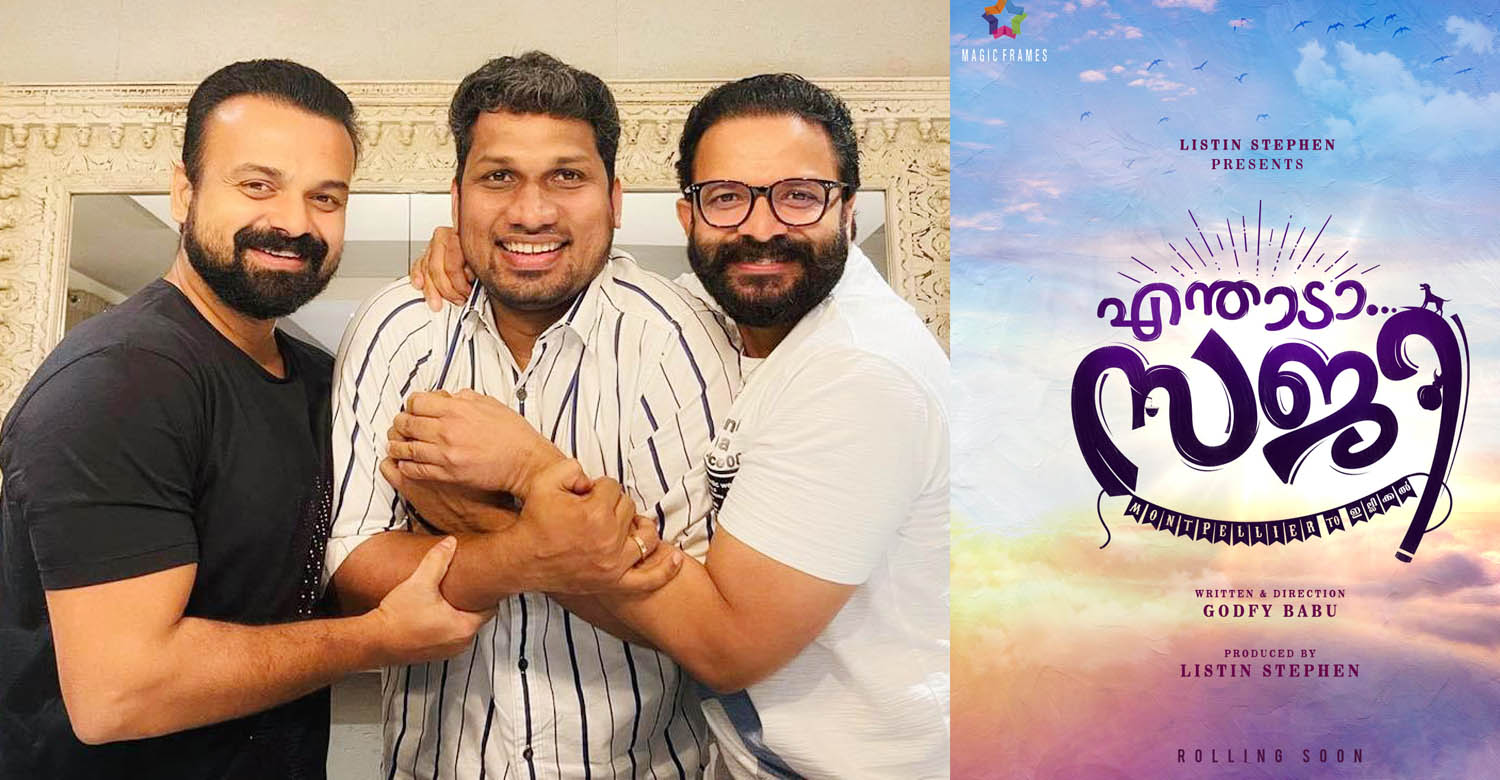 We were among the first to report about Kunchacko Boban and Jayasurya team for a new film produced by Listin Stephen of Magic Frames. As Kunchacko Boban celebrates his birthday today, the project has been officially announced.

Titled ‘Enthada Saji’, the film will be directed by Godfy Babu. He has also scripted the film. Jakes Bejoy has been assigned as the music director. The makers have shared a title poster and it has the tagline ‘Montpellier to Illikkal’. Though they are yet to confirm this, the film looks like a fun-filled entertainer.

Kunchacko Boban and Jayasurya have acted together in several films. The two are close friends in real life as well. They have shared screen space in films like ‘Swapnakoodu’, ‘101 Weddings’, ‘Four Friends’, ‘School Bus’, ‘Three Kings’, ‘Gulumal: The Escape’, ‘LollyPop’ and ‘Kilukkam Kilukilukkam’. ‘Shajahanum Pareekuttiyum’ directed by Boban Samuel was their last film together. It got released in 2016.

Stay tuned for more updates regarding their new project.