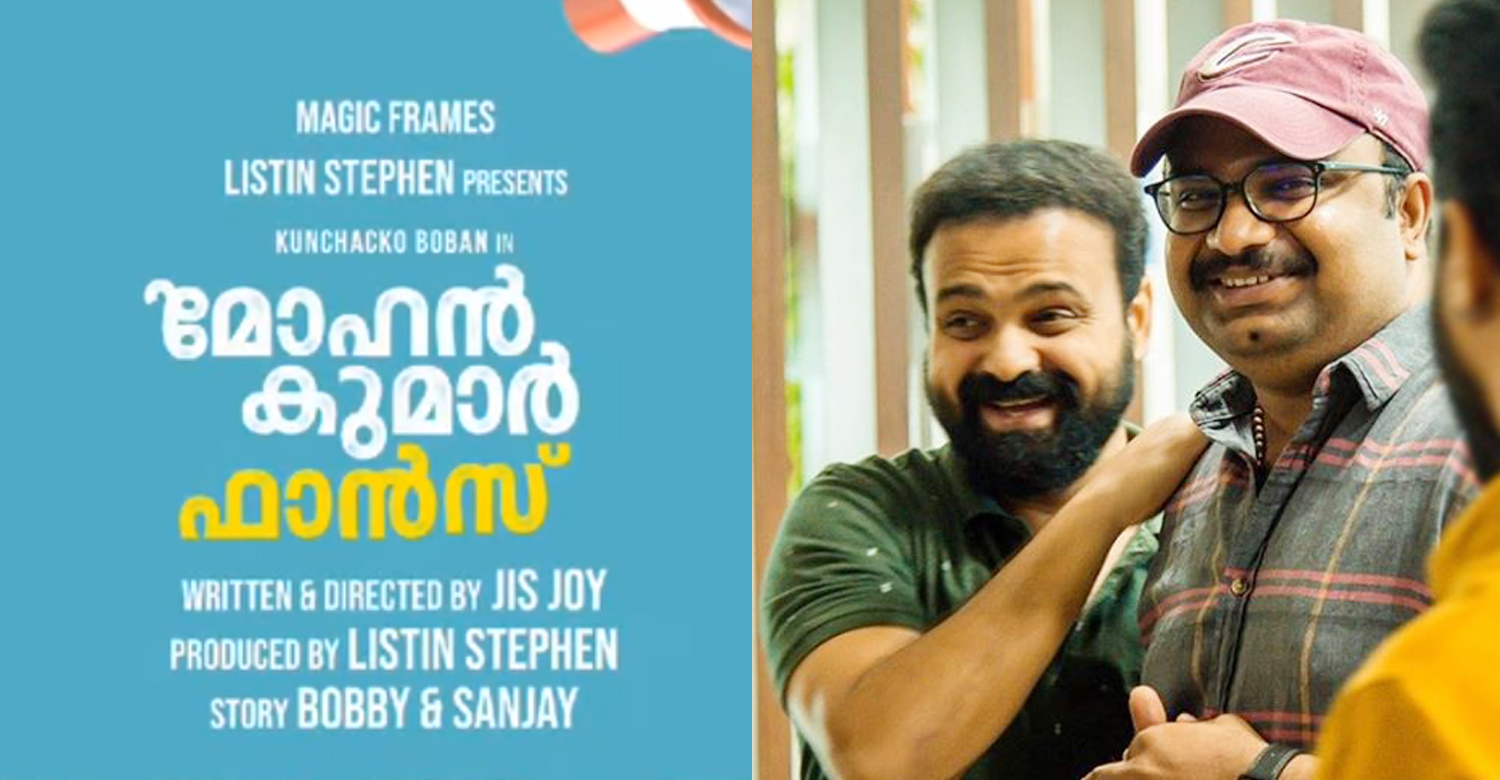 After delivering back to back hits with ‘Sunday Holiday’ and ‘Vijay Superum Pournamiyum’, director Jis Joy is now teaming up with Kunchacko Boban. Their new film has been titled as ‘Mohan Kumar Fans’. Shoot has already been wrapped up and the makers are planning it during the holiday season in April.

Listin Stephen is producing the film under the banner of Magic Frames.

Sivakarthikeyan’s Doctor first look is intriguing!
Dashamoolam Damu will be back this year, confirms Suraj Venjaramoodu
To Top