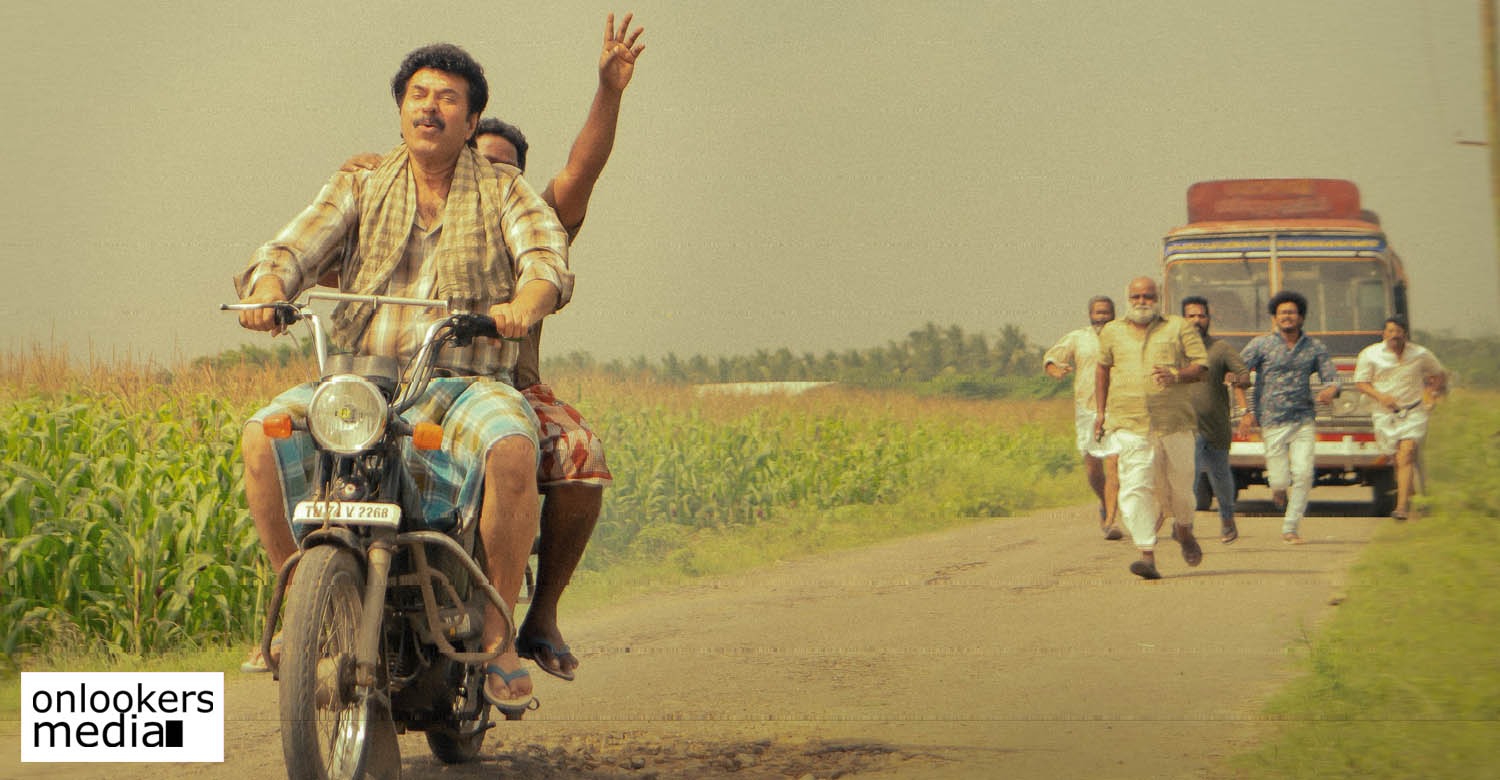 A new poster from Mammootty-Lijo Jose Pellissery combo’s upcoming film ‘Nanpakal Nerathu Mayakkam’ has been released. Mammootty is seen riding a TVS 50 bike in the poster with a bunch of people running behind him.

Earlier, the makers had shared an intriguing teaser. Set in a wine shop, it had Mammootty enacting a famous scene from Sivaji Ganesan’s 1973-released film ‘Gauravam’. One could not draw any conclusion about the film’s plot from it. The previous teaser featured shots of a whole village including animals taking a nap in the afternoon.

‘Nanpakal Nerathu Mayakkam’ has its story written by Lijo Jose Pellissery and screenplay by S Hareesh. It is said to be a hybrid attempt with dialogues in both Malayalam and Tamil. The cast includes veteran actor Ashokan, Tamil actress Ramya Pandian, ‘Homely Meals’ fame Vipin Atley, Rajesh Sharma, ‘Poo’ Ram and Ramachandran Durairaj.

Theni Easwar is the DOP and edits are handled by Deepu Joseph. The film is produced by the Mammootty’s newly launched production house Mammootty Company. The makers are expected to announce the release date soon.