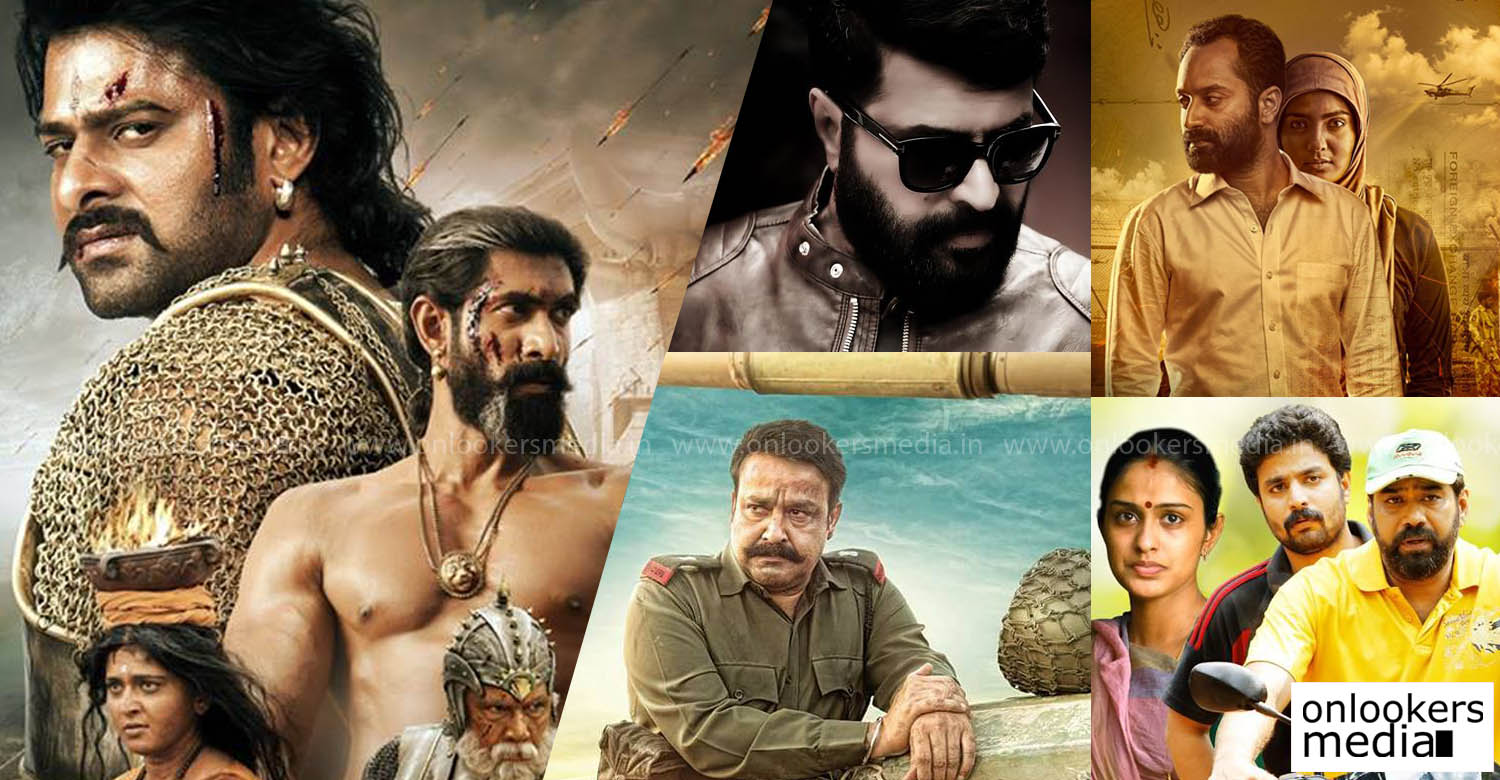 Malayalam movies are being washed away by the Baahubali 2 wave

Baahubali 2: The Conclusion is the latest talk of the nation. The movie is getting phenomenal response from everywhere raking in huge numbers at the box office.

In Kerala, the distributors Global United Media screened the movie in a whopping 300+ screens, which is a record for any movie in the state. Almost all the shows are running to housefull audience.

The massive release of Baahubali 2 has hurt quite a few Malayalm movies. Even superstar releases like Puthan Panam, 1971 Beyond Borders and The Great Father have failed to withstand the Baahubali wave.

Mohanlal’s 1971 Beyond Borders has become a massive disappointment with most theatres removing it within a month of it’s release. The movie is currently being screened at B, C centres and a few multiplexes. Mammootty’s The Great Father after a huge initial has slowed done gradually.

Movies like Rakshadikari Baiju Oppu, Take Off and Sakhavu was appreciated by the critics and audience alike. Only these three Malayalam movies are having a fair run in Kerala currently.

Biju Menon’s Rakshadikari Baiju Oppu has turned into a sleeper success thanks the positive critic reviews and the word of mouth. Though Sakhavu found appreciation from the audience, it has failed to create an impact in the box office like Nivin Pauly’s las few films.

Baahubali 2 has got a tremendous opening in Kerala and is expected to continue the same in the coming days also. Let’s and wait see how long these Malayalam movies can sustain amid the Baahubali wave.

Siddique to amaze once again with diverse roles in Tamil and Malayalam
Worked really hard for Baahubali and this huge success is a reward for that: Prabhas
To Top