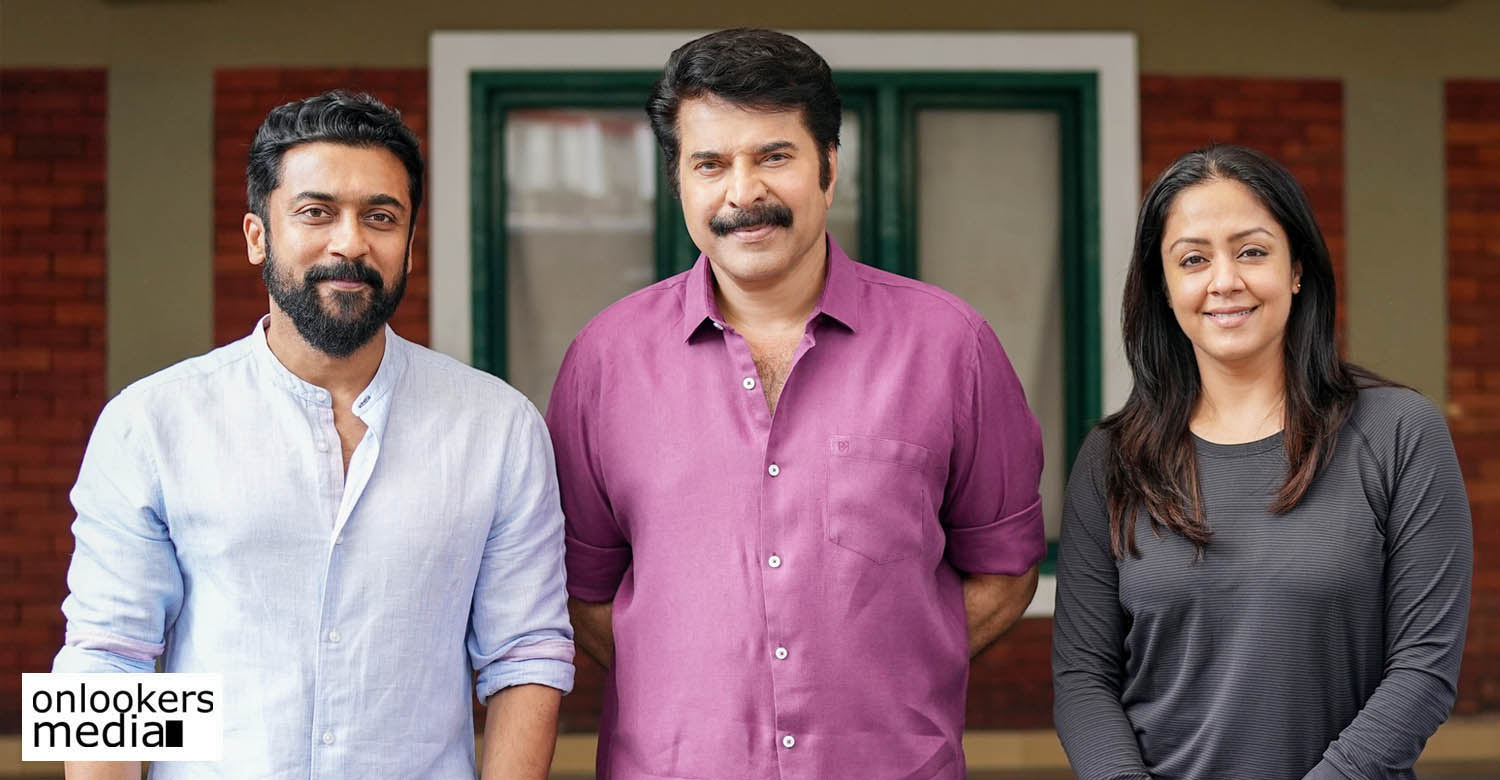 The sets of Mammootty’s new film ‘Kaathal’ had a distinguished guest when Suriya visited the location. Suriya’s wife actor Jyotika is making her comeback after a decade by playing the female lead in it. Mammootty shared photos taken with Suriya and Jyotika in social media and wrote,

Happy to have hosted Dear @Suriya_offl at the location of @KaathalTheCore

Thank you Dear Mammootty sir for your time and kind words of wisdom! We enjoyed the hospitality and great food!!

‘Kaathal’, directed by Jeo Baby, has Mammootty playing a politican named Mathew Devassy. Debutants Adarsh Sukumaran and Paulson Skaria have scripted the film. The makers are yet to reveal any details regarding its plot or genre. Lalu Alex, Muthumani, Chinnu Chandni, Sudhi Kozhikode, Anagha Akku, and Adarsh Sukumaran are also part of the supporting cast.

We had a very special visitor at the sets of @KaathalTheCore 😊

Bermuda confirmed to hit screens this Friday
Tabu, Kareena Kapoor and Kriti Sanon team up for The Crew
To Top