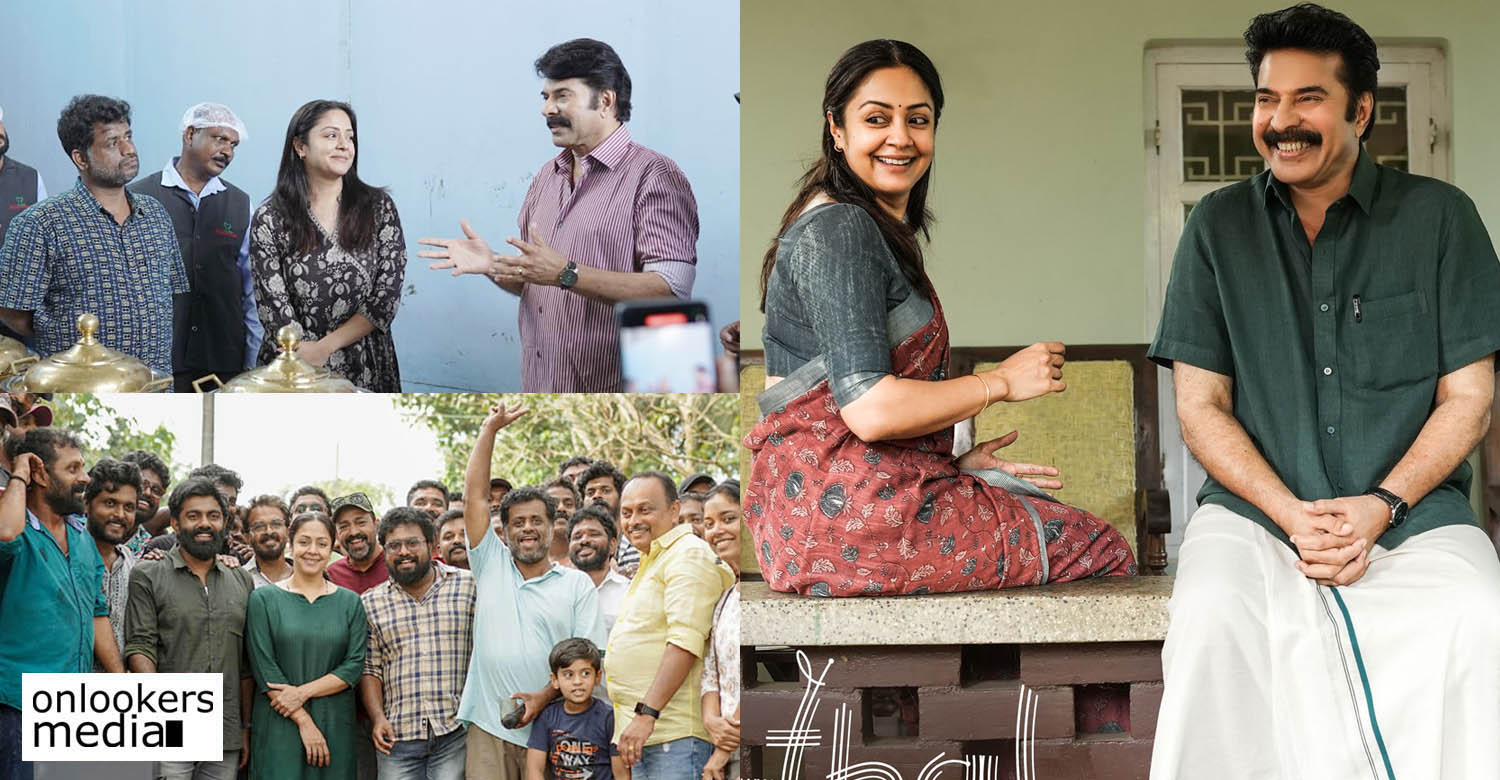 As reported earlier, Mammootty and Jyotika are teaming up for Jeo Baby’s ‘Kaathal’. Within just a month of going on floors, both the lead actors have completed their portions. While Mammootty first completed his shoot, Jyotika got done last day.

‘Kaathal’ has Mammootty playing a politican named Mathew Devassy. Jyotika is making her meback to Malayalam after over a decade with this film. It is scripted by debutants Adarsh Sukumaran and Paulson Skaria. The makers are yet to reveal any details regarding its plot or genre. Lalu Alex, Muthumani, Chinnu Chandni, Sudhi Kozhikode, Anagha Akku, and Adarsh Sukumaran also star in the film.

Jyotika mam has wrapped up her portions for Kaathal today