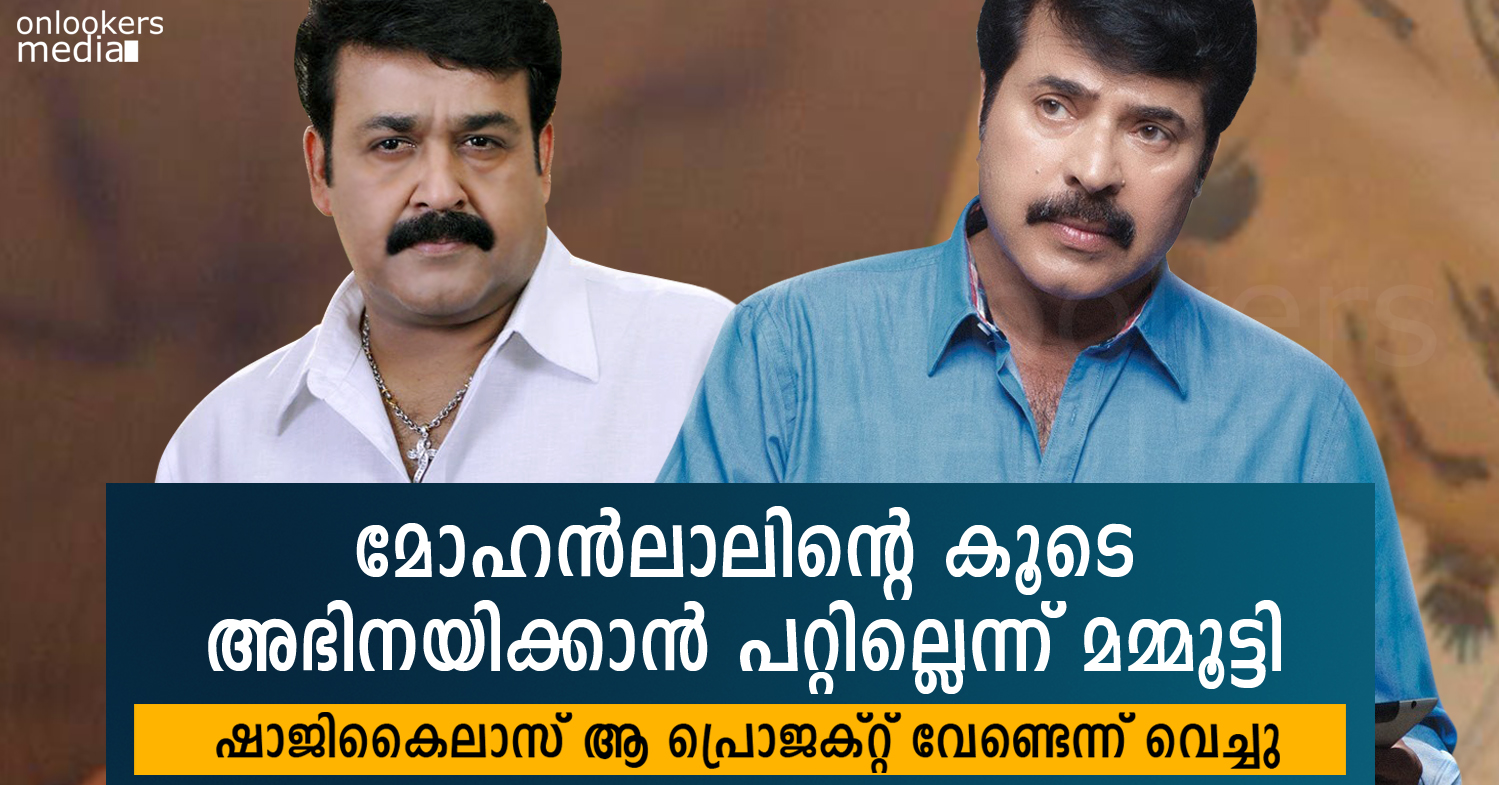 A startling revelation was made by Shaji Kailas in an interview to an online media named South Live and in that interview Shaji Kailas said about what happened to his project which was announced last year with Mohanlal and Mammootty in the lead and scripted by Both Ranjith and Renji Panicker. Shaji Kailas announced that this year he will make a comeback to mollywood after the gap of some years with a mass entertainer and that too a flick having both the Universal star Mohanlal and Mega star Mammootty in the lead.

But in this interview to South Live Shaji said that it was dropped because Mammootty was refused to act along with Mohanlal. Mammootty and Mohanlal have said to great friends in their personal life even though their fans are fighting with each other in the social media. And this revelation of Shaji Kailas gives us the fact that it they are not sharing a good relationship.

It is to be noted that Mohanlal and Suresh Gopi had given the biggest hits for Shaji Kailas. Ranjith had wrote blockbusters for Mohanlal and Renji Panicker had wrote blockbusters mostly for Suresh Gopi directed by Shaji Kailas. We don’t know whether that may be the reason for the refusal of Mammootty from the film as he feared that when Ranjith and Renji Panicker writing the script Mohanlal will have more chance to shine in the film than him.

But Shaji Kailas said that they had created two superb characters for both the actors and Mohanlal had agreed to do the role enthusiastically and also said that he will produce the film as well. But Mammootty refused to act and he said that he don’t want to act along with Mohanlal. Then Ranjith and Renji Panicker asked him to drop that project and don’t think about it as well.

Shaji Kailas said that mollywood film lovers still want to see films like Narasimham and they all want to see Shaji Kailas- Mohanlal combination or Shaji Kailas- Suresh Gopi combination. Even Mohanlal is always ready to do a film with him and he loves to do Mass characters.  Anyway this revelation will affect Mammootty’s image very badly as he is already landed in another controversy regarding the Asianet television awards in which he reportedly insulted the television artist openly.

Mammootty insults serial artists..?
Is judiciary is only for wealthy people asks VK Prakash
To Top