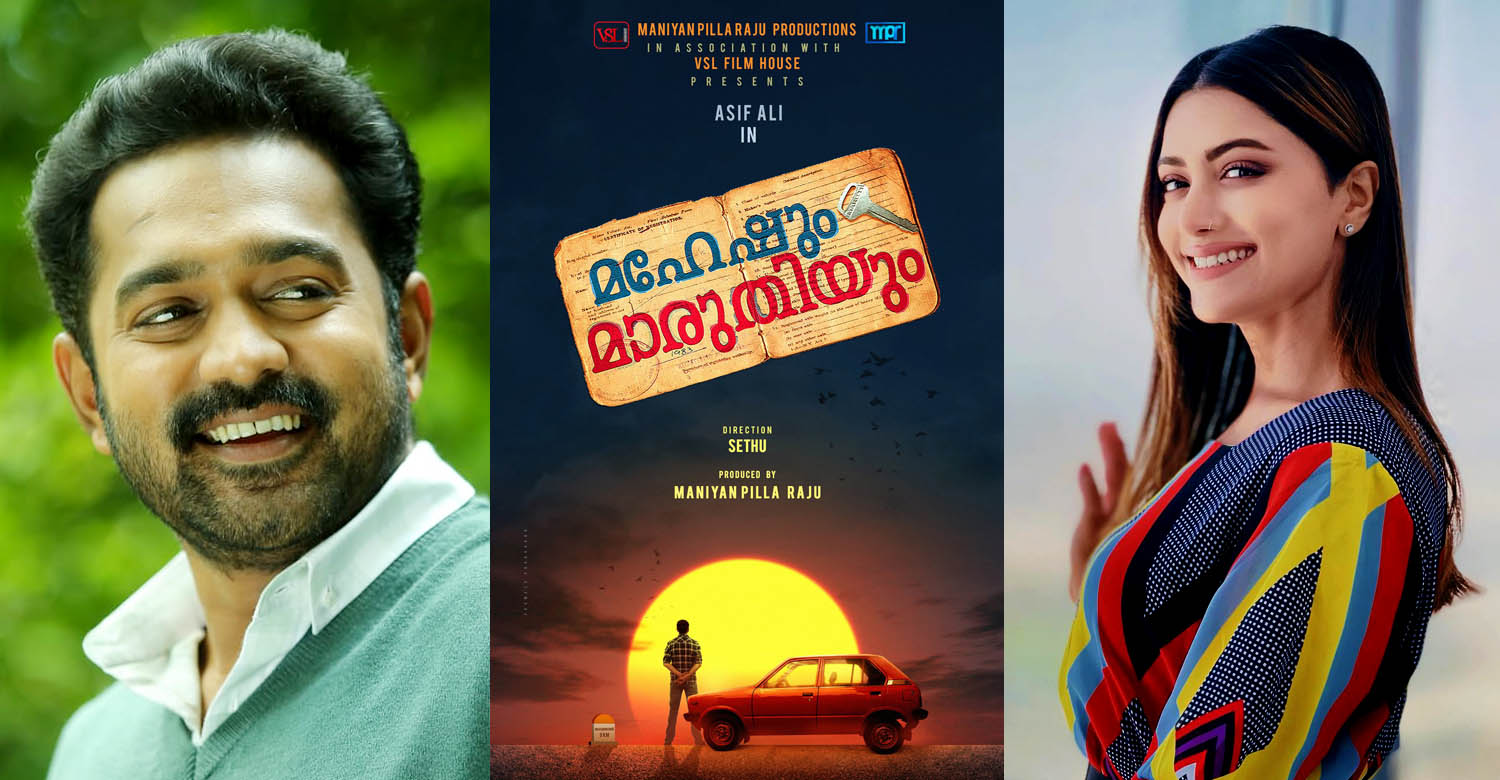 We had earlier reported about Asif Ali starring in a film titled ‘Maheshum Maruthiyum’. Sethu, who made his directorial debut with ‘Oru Kuttanadan Blog’, is helming the film. Veteran actor Maniyanpilla Raju is producing it in association with VSL Film House.

‘Maheshum Maruthiyum’ has Mamta Mohandas as the female lead. The makers had initially roped in Kalyani Priyadarshan but she opted out due to date clashes. Asif and Mamta have previously acted together in ‘Jawan of Vellimala’ and ‘Kadha Thudarunnu’.

According to director Sethu, ‘Maheshum Maruthiyum’ is a triangular love story between Mahesh, a girl and his Maruti 800 car. The story revolves around Mahesh’s emotional attachment to the vehicle and how things change after a girl enters his life. Maniyanpilla Raju, Rachana Narayanakutty and Prem Kumar are also part of the cast.

The makers are planning to start shoot by the end of January. ‘Operation Java’ fame Faiz Siddik is the DOP.