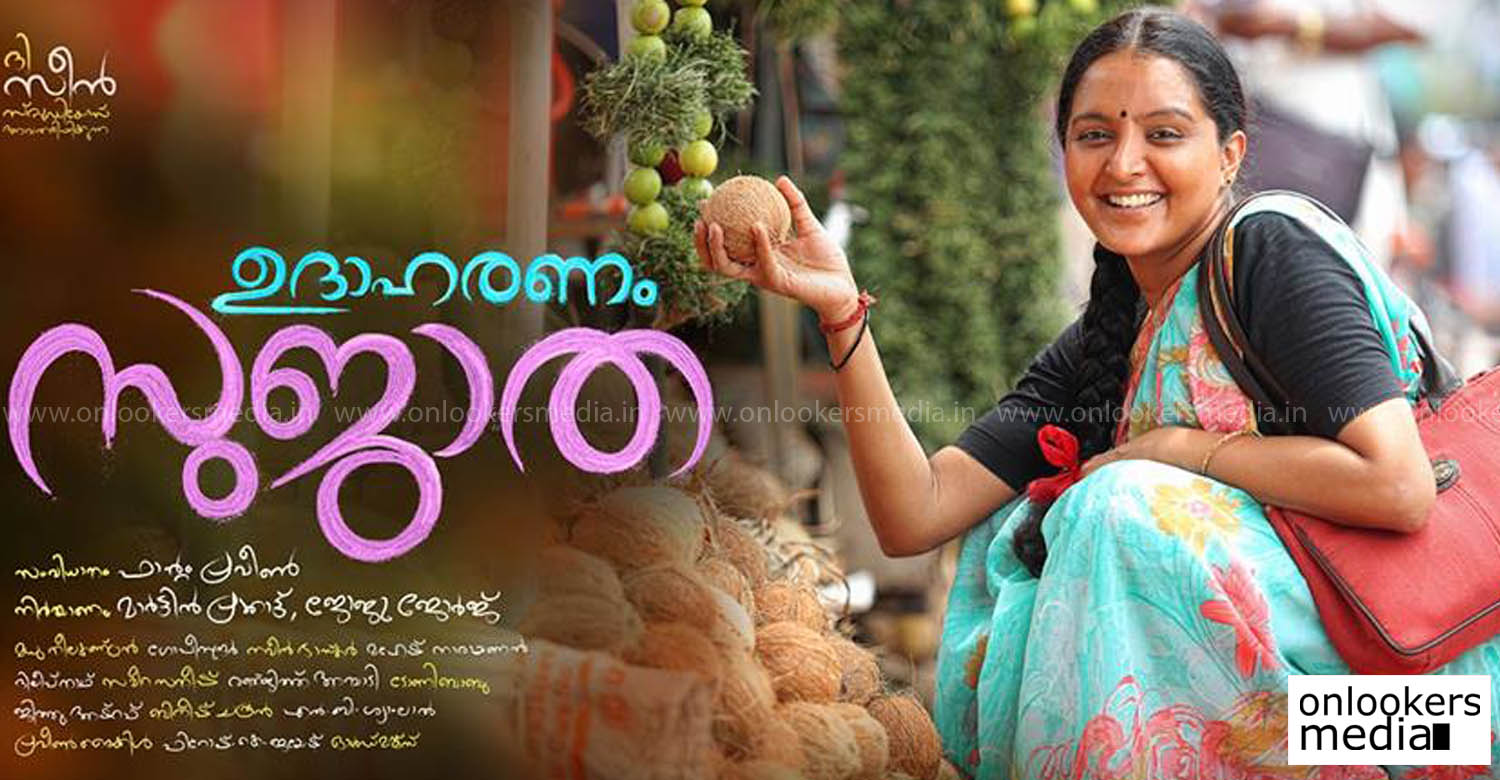 Manju Warrier is playing the role of a widow with a 15 year old daughter in the film. The actress is seen in a de-glam look in the poster. Her character Sujatha does odd jobs to raise her daughter. The movie will showcase the struggles of a single mother in upbringing her teenage daughter.

Mamta Mohandas is also playing a pivotal role in the movie. She will be seen as the district Collector. Her character has great prominence in the plot. Reportedly, some of the events in the film are based on real-life IAS officers and incidents.

Newcomer Anaswara is playing the role of Manju’s daughter in this film. Veteran cinematographer Madhu Neelakandan is cranking the camera while Take Off director Mahesh Narayanan will be editing the movie. Gopi Sunder is handling the music in Udhaharanam Sujatha.

Actor Joju George and director Martin Prakkat are teaming up once again after the blockbuster success of Charlie, to produce this movie. Shoot for Udhaharanam Sujatha is currently progressing at brisk pace in Trivandrum.