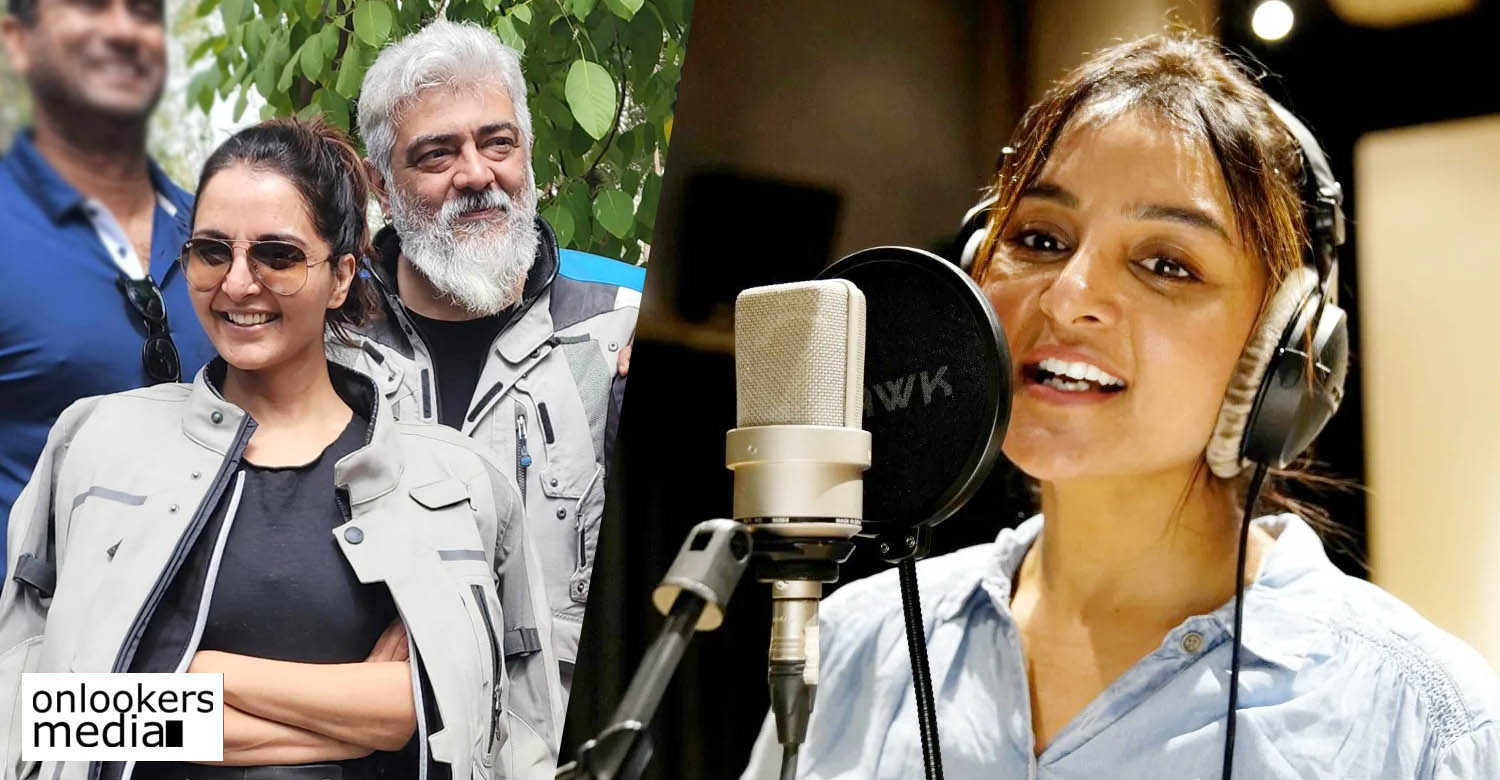 As reported earlier, Manju Warrier is playing the female lead in the upcoming Ajith Kumar starrer ‘Thunivu’. It is Manju’s second outing in Tamil after the national award winning film ‘Asuran’. Last day, Manju took to her social media handle to announce that she has sung a song in ‘Thunivu’. Sharing photos with music director Ghibran from the recording studio, Manju wrote,

Thrilled to have sung for Ghibran !!! Happy to be part of a very interesting song in #Thunivu! Waiting for you all to hear it!
#ajithkumar #AK #hvinoth

Thrilled to have sung for @GhibranOfficial !!! Happy to be part of a very interesting song in #Thunivu! Waiting for you all to hear it! ❤️#ajithkumar #AK #hvinoth pic.twitter.com/G934UX79sg

Earlier during the shoot of ‘Thunivu’, Manju accompanied Ajith and his team for a bike trip in Ladakh. They wrapped up shoot only recently with the final schedule being held in Bangkok.

‘Thunivu’ directed by H Vinoth is touted as a heist thriller. It is Ajith’s third film with the director after ‘Nerkonda Paarvai’ and ‘Valimai’. Boney Kapoor’s Bayview Projects LLP and Zee Studios are jointly backing the project. The film is all set for a Pongal 2023 release.